Like a Boss: Adapting to a New Budget-Conscious Marketplace

Efficiency is key for this company as some people try to cut budgets and view their landscaping services as a luxury.

Ever since the recession, Lawn Connection, a plant health care company based in West Berlin, New Jersey, has felt an ongoing struggle of remaining valuable in a pinched economy. Though things have certainly improved, Mark Wainwright, the company’s production manager, says that they’ve noticed that clients remain cautious about their spending. As a company that focuses solely on plant health care — with no mowing — Wainwright says they’re often viewed as a luxury.

While clients with disposable income are still out there, Wainwright says there’s been a marked difference ever since the recession. Even though many more people have jobs again, they’re often not making as much as they used to — or have been stuck at the same income for quite some time. 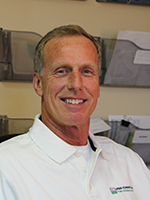 “We’re really feeling the effects of that,” Wainwright says. “Everyone wants to find ways that they can spend less and sometimes that means cutting us out of the equation. Oftentimes our services feel like a luxury that they can live without.”

While it’s been frustrating, Wainwright says the solution has been to adapt the business.

“Times have changed and we have to change with it,” he says. “This is just the way business is today — people want more for less money. Budgets are smaller and we have to find ways to work with that.”

One way the company has done that is to become more frugal itself. Wainwright says they are continually analyzing each account and looking for ways they can better manage it. Mechanizing the business to do more labor with machines than people has been one such solution.

“Our crews are much leaner,” he says. “We used to always have two-man crews [for fertilization] but now a guy and a machine are really all you need. We are mechanizing the service as much as possible in order to be more efficient.”

Seeding is a big part of the company’s business, and the equipment has always been walk-behind. But as part of the effort to boost efficiency, Wainwright says this season they’re investing in two ride-on aerators. Instead of having four-man crews for seeding services, Wainwright is hopeful that the seeding service can now be done with a two-man crew.

“Our clients are doing everything they can to cut cost and in order to keep up, we have to do the same thing,” Wainwright says. “We’re constantly looking for ways to be leaner and more efficient so that we can continue to be competitive in this difficult marketplace.”