As a female boss, this landscape business owner had some barriers to break through. 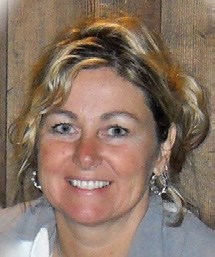 Diane Marrazzo, co-owner of Marrazzo’s North River Landscape in Wycombe, Pennsylvania, says she joined the green industry when she realized her then-husband (they’ve since divorced but remained business partners) was too overloaded to manage the business on his own. At the time, Marrazzo says they employed 14 landscape crewmen — mostly Honduran, who did not speak much English. As Marrazzo attempted to jump into the swing of things, she found that she was met with some serious resistance. Marrazzo quickly learned that gender inequality was still a barrier in the Honduran culture.

“These young men were not very receptive, at first, about accepting direction from a young woman,” Marrazzo says. “It was not acceptable in their culture to take direction from a woman — let alone for something that they considered was ‘man’s work.’ They did not trust me and were not willing to follow my lead.”

Marrazzo says that at first, it posed a major problem. After all, her goal was to take some of the burden off her husband. But instead of backing down, Marrazzo says she persisted. She worked right alongside the men, and Marrazzo says that’s what earned her their respect.

“I remember the day I was at a client’s home and had just sold a project,” Marrazzo recalls. “After that I traveled with the crew in the work trucks, went to the quarry to select material, and was in and out of the truck all day alongside them. I was working hard and sweating just like they were, and I think that’s when it sank in that I deserved some of the respect Anthony [her then-husband] had been receiving. I placed myself in the middle of the work and made it clear that I would not ask anything from them that I would not or could not do myself.”

Read more: I am a Landscaper: Diane Marrazzo

Marrazzo says that working alongside the crews helped them to see she wasn’t just the boss, but was someone who cared about the business and was willing to work hard for it — like they were. As relations improved, Marrazzo made a point to go above and beyond to seal the deal.

“I would often bring breakfast sandwiches or pastries to the morning job site,” Marrazzo says. “I remember them smiling a lot, and I felt like we understood each other, despite the language barrier. I would sit with them at lunch under the shade tree, and although we had trouble conversing, there was a lot of laughing from all of us.”

Fifteen years later, Marrazzo says she feels she has maintained that level of respect that first felt so impossible to achieve. Many of the same crew members are still working alongside her. She credits it to a willingness to break through the barriers of both language and culture.