Setback to Success: “I almost lost my house.”

"I was used to getting a paycheck and now I was wondering when I would get paid next."

So he decided to quit his job 36 years ago and immediately started Lawn Pro in Virginia Beach, Virginia, with a Chevy Chevette, a small trailer and a Sears mower. “I admit that sometimes that little car could not pull that trailer up a big hill,” Leary says, chuckling about those early days. “I had a few customers from my previous job who really liked working with me and became my customers when I started my own business.”

Unfortunately, business didn’t grow as fast as he expected. “I was used to getting a paycheck and now I was wondering when I would get paid next. I was having a hard time making ends meet and was in the process of losing my house when my buddy, Bob, called to see how I was doing,” he says. “My wife told him we were a week away from going belly up on our house.”

Bob, of Washington, D.C., was traveling to Leary’s area the next day and said he’d stop and see him.

“He offered to buy the house and said he’d help make the payments for us if we couldn’t and that I could buy the house back from him when I could,” Leary says.

It took a couple of years for Lawn Pro to get established, but “I never missed a payment,” Leary says. “Business picked up, and six years later I bought the house back. We still live there today.”

Life is who you meet

Some say, “We don’t meet people by accident. They are meant to cross our path for a reason.”

This was certainly the case with Leary and his friend, Bob.

They met in an orphanage when Leary was 5 years old. “We met in one orphanage and then reconnected in another,” he says. “This happened until we were 8 years old just before I was finally adopted around 9 years old. My adopted parents nurtured me and got me into the school system. I was so uneducated, which happened a lot with orphanages then. But even after I was adopted, I was able to stay connected with Bob.”

At the time Leary was about to lose his house, he wasn’t looking for help. And he doesn’t blame his rough upbringing for anything that’s happened in his life. “I have a hard time with people who say their past is the reason why they are in a tough situation,” he says. “We all have baggage, but you have to move forward. Your past is never an excuse for who you are today. You can get beat down but you have to get back up. A few of us, like Bob and myself, who got out of the orphanage had this mentality and became successful.”

Leary knew he’d get out of his predicament. “I thought the sky was caving in on me and we’d be out of a house, but at the same time I knew I was eventually going to get out of the mess I was in,” he shares.

Help from a friend at a crucial time taught Leary the value of good relationships. “Between Bob and my adoptive father, Howard, who passed away a few years ago from cancer, I’ve met some wonderful people in my life,” he adds.

And that includes customers. Word spread about Lawn Pro and his customer base grew over the years. Leary, who turned 73 last month, is proud that most customers are with him for an average of 18.7 years. Today, his two sons, Mark and Ryan, are taking over running the $623,000-revenue business. Lawn Pro covers four cities: Virginia Beach, Norfolk, Chesapeake and Suffolk.

And Leary believes in smart and steady growth. In September, they weren’t accepting new customers. “We don’t take on more than we need at any one time,” he says. “If you pick up too many customers, you eventually forget about an older one and then you end up losing two. We only take on what we can handle comfortably.

“I’ve gone through a lot of things in my life and had a lot of turmoil but it’s all turned positive,” Leary says. “When I look back I see that everything is a bonus. I believe in doing things the right way. And that’s worked for me.”

Leary’s advice to other landscape professionals: “Don’t give up. Talk to someone about getting some help or talk through a tough situation. There are reasons things happen; if it’s negative, it will eventually turn positive. You have to believe that.”

Previous post Story of a Landscape: The Secret of Site Planning 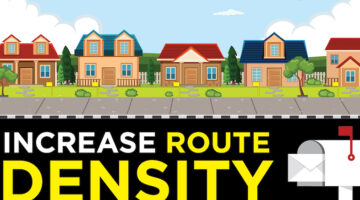