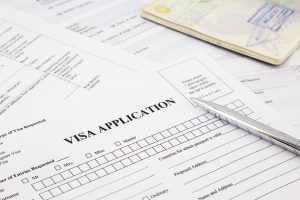 In an already difficult labor market, landscape companies currently have less than a 25% chance to access much-needed guest workers through the H-2B program. This news comes from the National Association of Landscape Professionals (NALP) who released an Action Alert on Wednesday. According to NALP, the Department of Labor (DOL) has received 136,555 worker requests through the program while there are only 33,000 visas available.

The H-2B Returning Worker Exception Act of 2021, or H.R. 3897, proposes several key reforms to the program. Most important among these changes is the exemption of returning H-2B workers from the current annual quota, which the U.S. Chamber of Commerce deemed “antiquated and outdated.”

According to the Chamber, “In addition, this bipartisan legislation would implement several improvements to the H-2B application process, including requiring the DOL to maintain a publicly accessible online job registry and establishing a single digital platform for the many requests associated with the H-2B process. These measures would significantly improve overall H-2B visa processing. Finally, the legislation would establish new H-2B program integrity measures and anti-fraud provisions, which would further protect the interests of American workers and H-2B workers alike.”

In Wednesday’s Action Alert, NALP wrote that the Administration needs to immediately release all legally authorized supplemental visas for both the first and second half caps, and have Congress pass immediate cap relief.

“Now more than ever we need to push for co-sponsors on H.R. 3897 so that we can make a push to insert a returning worker exception into any legislative vehicle that moves prior to the Feb. 18 Congressional funding deadline,” wrote NALP.

NALP urges landscapers to send a message to their Members of Congress. A pre-drafted note that can be edited as seen fit can be found here. Simply press “Send” to deliver the message to your elected officials. If you receive feedback, NALP asks you to contact its VP of Government Affairs Andrew Bray.

Click these links for a frank employer perspective on H-2B as well as H-2B Basics and more from the Federation of Employers and Workers of America (FEWA).