When anticipated manpower never came during a busy spring season, everyone at Earthworks stepped up their game.

After 15 years of successfully relying on the government’s H-2B program, which allows employers to temporarily hire nonimmigrants to perform nonagricultural labor in the U.S., Chris Lee, president of Earthworks in Lillian, Texas, figured 2015 would be no different. Instead, he calls 2015 an “H-2B disaster.” When it was obvious that they wouldn’t be receiving the 120 H-2B workers they were anticipating, Lee was forced to start canceling accounts. But instead of letting it do unrepairable damage, Lee handled it like a boss by taking charge of the situation, re-organizing his existing workforce and accepting that he’d have to cancel some accounts to get through the busy season.

“It was clear by mid-March that our anticipated H-2B workers wouldn’t be coming anytime soon, and the season was already upon us,” Lee recalls, remembering when panic began to set in, followed by a lot of “anger and self-pity.”

“After much consternation we opted to cancel more than 80 commercial accounts, which had provided more than $2 million in annual revenue,” Lee says. 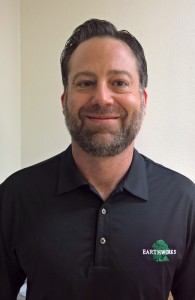 Without the supplemental employment coming to reinforce the 150 field employees that Lee already had at the time, he was forced to have his existing employees work more. That meant making Saturdays mandatory for all staff and starting a monthly “perfect attendance” bonus. Lee admits it was a very difficult spring. However, he adds that by being proactive they were able to avoid defaulting on any agreements.

“Restructuring our workforce and scheduling to push more work into the off-season allowed us to maintain a closer-to-full season staff while greatly reducing our reliance on the H-2B visa program,” Lee says, adding that employees really stepped up.
“It was the most amazing thing I’ve ever seen,” he says. “Everyone stepped up including the vast majority of our managers, who formed crews of their own on Saturdays—and sometimes during the week—in order to get jobs done that wouldn’t have otherwise gotten done. That included everything from weeding beds to chemical applications and even small installation projects.”

By June, Lee says his panic, anger and self-pity began to fade. He says it finally looked like the company hadn’t “stepped back a decade” after all. 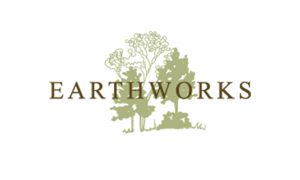 “Through all of the pain and hard work, we persevered,” Lee adds. “As of April 1, we have replaced all of the work we canceled—including nearly 50 percent of the original clients we had canceled. We have also added new services, expanded into a new market, and are poised to surpass our ‘pre-disaster’ 2015 forecast by more than $1 million.”