The Many Benefits of Landscape Design Software

Design software can save you time, give you more flexibility and increase your sales. So why aren't you using it?

No one likes change, but, like death and taxes, it’s one thing you can count on in life. You can’t stop it, so why fight it, right? But fear of change is exactly why the use of design software is not as widespread in the design/build industry as perhaps it should be.

Patrick DuChene knows firsthand the benefits of design software. As the owner of DuChene Design Solutions, which provides design services to landscape design/build companies, he has been using it since 2006. At that time, he was running a large landscape design/build division and had multiple responsibilities. He felt that hand-rendered designs were starting to become a drain on his time.

“Design software powers my business now,” says DuChene. “I would never go back to doing anything without computer software. Without it, I wouldn’t have a business.” 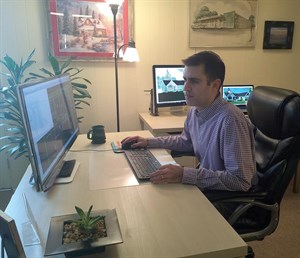 DuChene estimates it took him three to four weeks to get comfortable with the software, at which point he says his productivity “skyrocketed.”

“It was just like a drug where I wanted to get better and faster at it,” he says.

Not only is design software more efficient, offering the flexibility to change things quickly with revisions and coloring, but it can also help landscape designers close more sales.

“With what you can do with a computer now from 3D modeling, rendering models to look photo realistic and doing animations, it just far supersedes anything you can do without software,” DuChene says. “I have customers all across the country, and the general consensus is it helped them sell the job because the customer was actually able to see what they were getting. They were much more comfortable with the purchase since there was much more transparency as far as understanding the final product they were going to get. There were no surprises along the way.

“I think customers are relating more to design software technology and expecting it now,” DuChene adds. “3D is really starting to take off. One of my customers said a homeowner recently asked how much it would cost to do a 3D model, and that was the first time I’ve heard a customer asking that. They’re getting it into their heads to ask about it.” 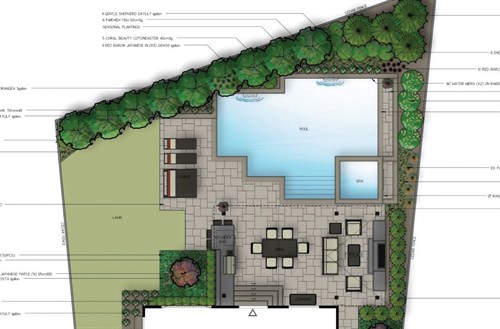 He also uses DynaSCAPE Manage360 for estimating and job management and uses Shaderlight for SketchUp to get photo-real renders.

The many benefits of design software

As crazy as it might seem, some companies sell jobs without doing any drawings, and it may be because of their stellar reputation. It may also be because they don’t think they can charge for one.

“But if you have a really nice-looking plan, it increases your ability to sell it,” says DuChene. “I do have customers who don’t charge for plans, but the plans look so good, it works out in the end for them to pay me because they know they’ll sell enough jobs to cover the cost.”

Using design software also shows you’re keeping up with the times, DuChene says. By providing cutting-edge products, you look like a “mover and shaker” and not out of date. 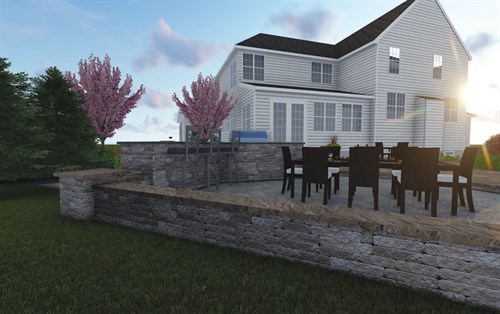 “I think our industry is just catching on to this fun technology stuff,” he says. “Everyone who is doing it now is ahead of the curve and reaping the benefits over the guys who don’t want to do it or don’t have the ability or resources to do it. Those are the guys who will get left behind.” 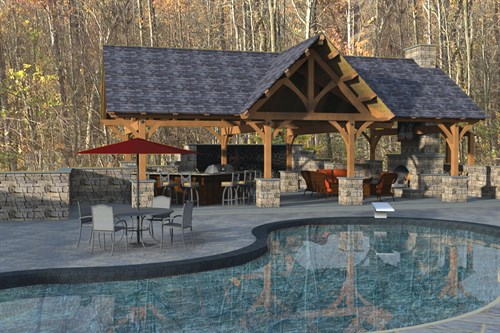 “If you compared designers who were fast at hand drawing with those who were fast at design software, a hand drawing that took 10 hours by hand might only take six,” he says. “That may be too conservative. For example, drawing a tree symbol like an evergreen might take 30 seconds to draw by hand but it would only take five seconds to find and drop in the design with software. Labeling drawings by hand is very time consuming, and so is measuring an area by hand or counting plant symbols manually versus having the software do it for you. The time savings are even more significant here. Having the software spit out a plant list versus writing it out by hand is another example. The automation is what really saves you time.” 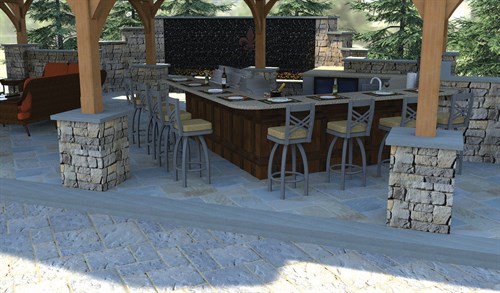 Of course, time equals money, so by saving time, you become more profitable. Hordyk says with design softare you will spend less time designing and estimating each project, plus your designs will have a better perceived value and thus you should be able to charge more for them.

Include Software makes design software even more useful and efficient. Integrated with design programs such as Vectorworks, PRO Landscape or On-Screen Takeoff, it allows for the import of data from a design, which, in turn, allows it to create estimates and proposals that feed into production, operations and accounting once the work is sold. This eliminates duplication of processes and re-entering of data. For example, a lot of companies doing designs via CAD programs will typically replicate the plant lists and materials lists in an Excel spreadsheet. That takes extra time and could lead to errors if they add the wrong plant materials or quantities.

“We also give them estimate numbers, costs and pricing so they’ll be able to have a budget for the job,” says Nanette Seven, vice president of Include Software. “Then, they’ll have their job cost already set up to see if their projects are profitable.”

The cost of $35,000 includes all training, implementation, data conversion and tech support for the first year. 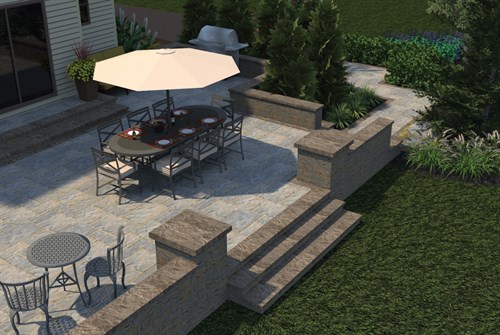 “It’s easy to learn,” Seven says. “Our software is very robust. We typically work with companies that do more than $1.5 million in sales and encompass their entire business, so there is a curriculum focused on learning the software and implementing it based on the specifics of the company and their needs. The estimating part is very simple to learn and operate, however there are some complexities with accounting and production.”

The real savings, Seven says, is not having to add any exorbitant overhead costs as you grow.

“When you take an integrated program like ours, you don’t have that duplication from Excel to Quickbooks to spreadsheets to schedule boards,” says Seven. “It’s already in there, so once it’s in there it doesn’t have to be regenerated. We’ve seen companies go from $2 to $2.5 million in sales to $5 to $7 million without adding any administrative staff.”

For one $8 million company, Seven says, using Include Software resulted in $800,000 in savings. Another company that was using their iPhones and iPads to upsell existing clients improved its closing ratio on enhancement sales to 70 percent because they had the info from Include on hand when they were with the client in the field.

Bigger companies like these, says Seven, can most readily reap the benefits.

“Smaller companies are not able to get the benefits because they’re not large enough to get a return on investment by using these systems,” she says. “The owner is typically doing sales and making sure crews have what they need, and only till they get to a certain size does a product like Include become beneficial.”

Even with big companies, Seven says there has to be a cultural shift in a company before it can realize the value of design programs or business software add-ons.

“One of the biggest pitfalls is an unwillingness to change,” she says. “If the culture in the company isn’t willing to change, then that’s a barrier. The owner has to be an advocate for the change and has to hold people accountable and responsible for embracing the change and doing something about it.”

According to DuChene, the initial investment in design software will cost you $2,000 to $3,000. Some companies will then charge you a monthly subscription fee for updates and technical support, while others will simply announce a new version and the cost of that new version, which will be a bigger hit than if it was spread out over 12 months.

“Sometimes the cost turns people off, but look at what the money is doing for you,” DuChene says. “They will turn around and spend $40,000 on a skid-steer, and when you ask them why, they say because it makes me money and saves me from having five people dig a hole. But software saves you money, too.”

Len Hordyk, product manager, design solutions for DynaSCAPE Software agrees that the value design software adds and the money you can make and save justifies the cost, which he estimates ranges from $1,200 to $4,000.

“More software companies are moving toward the subscription model where your up-front cost is lower but you pay monthly to use the software,” says Hordyk. “Some have no up-front cost but charge a higher monthly fee. The larger the company, the more ‘seats’ you’ll need to purchase but the additional seats are offered at discounted prices.”