What landscape employers are looking for during interviews.

First impressions matter, especially when you’re going for a job interview. Most landscape professionals echo similar sentiments when it comes to interviewing potential hires: They’re paying attention to little details that you might not even be thinking about. Were you on time? Did you show up looking well-groomed? Those things do matter. In fact, research has shown that people often make a first impression within just seven seconds of meeting someone. When it comes to getting hired, it’s important to make those seven seconds count.

Here, landscape professionals share what they’re looking for when they’re meeting a candidate for the big interview, as well as some potential interview mistakes you should aim to avoid.

Skills matter, but not too much

Skills can be taught, but character and personality cannot. While it’s definitely beneficial to have a strong skill set, a potential hire’s character is being judged strongly in the interview as well; perhaps even more so than that person’s list of skills.

“We’re not necessarily focused on qualifications,” says Fred Oskanian, owner of Terra Lawn Care Specialists in Collegeville, Pennsylvania. “We can teach you the landscaping skills you might need to know, but we can’t change who you are as a person. What we’re really hiring is personality and work ethic.”

Bob Franey, president of RF Landscape Services in St. Louis, Missouri, adds that when he’s meeting with a potential new candidate for his company, he’s asks himself two key questions during the interview: Are they outgoing and likable and are they competent? He says that those top whether or not the individual has a long list of skills.

“Since most of our employees will have direct interactions with our clients, I want to make sure they will represent the company in the best possible light,” Franey says. “How the candidate shows up for the interview and how that process goes will show me how interested in the job they are. Their enthusiasm and confidence will be displayed, and we’ll truly be able to get a vibe for who the candidate is.”

Joe Flake, owner of Target Lawn Care in Paola, Kansas, definitely does not like it when candidates only seem interested in the job for the paycheck. But that’s just one red flag that shows a potential hire might be the wrong fit. He also wants to see that future hires are grounded in “real life” and says that signs a candidate isn’t quite ready to accept the “real world” yet may appear in the interview, such as showing up late or unprepared.

“I think people entering the workforce need to understand real life,” he explains. “You’re expected to show up on time every day and be ready to work. Making sure you have a way to get to work is not your boss’ problem. And cellphones should not be used except during break time. These are all aspects of real life that employers want to see you understand.”

Oskanian agrees that being late is a huge red flag for him. A poorly written résumé is also a big knock on his first impression of a candidate.

“I’m evaluating a candidate on everything from how they present themselves to the level of attention they give to their résumé,” Oskanian says. “When I’m handed a résumé with blatant spelling errors, it’s a red flag. It’s indicative of the individual’s attention to detail. If they don’t care about representing themselves well, how will they represent my company well?”

Oskanian says there are a number of ways a potential hire might walk in and present themselves poorly in addition to a sloppy résumé. They might play with their phone, not have taken the time to groom themselves at all, or exhibit overfamiliarity with their potential boss.

That’s not to say that exhibiting some confidence isn’t important. But confidence can become a negative if it crosses into the territory of being cocky. Ben Bowen, landscape designer and manager of Ross NW Watergardens in Portland, says he sees it as a warning sign if a potential hire comes in bragging about their abilities.

“It makes me nervous if someone obviously appears to be over-selling their abilities,” he says. “If I can see you have two years of experience and you claim to have mastered irrigation, lighting, pavers and stone masonry, I am going to be skeptical.”

Oskanian says that what he’s looking for is someone who is “confident with a degree of humility.” That’s the kind of person who will make a great employee. But there’s a big difference between a take-charge person and one who takes over.

“Coming into an interview with a whole bunch of requests and expectations from me is another definite red flag,” Oskanian adds.

It all comes down to being a team player, says Bowen.

“We are a small team, so ‘fit’ is our key,” he says. “We want to know that the person is interviewing for the right kinds of reasons — they want to be part of a team and they have the desire to be part of a stable company that prioritizes quality over quantity.”

At the end of the day, Franey says he wants to walk away from an interview feeling a sense of confidence in the person he’s just interviewed. It’s that gut feeling that bosses often say they have when they know someone is the right fit.

Oskanian agrees. He turns to the Woody Allen quote that “80 percent of life is showing up” and says that sentiment is more true than ever in today’s job market.

“The competition is not as strong as it once was,” he says. “If you really want to do this work, the key is to show up and do what’s asked of you. That starts at the interview level. If you can demonstrate that you’re eager and willing to work — and are going to show up that way every day — it’s a no-brainer.” 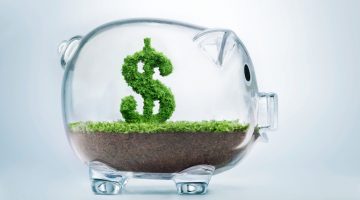 What Students At NCLC Want From Employers 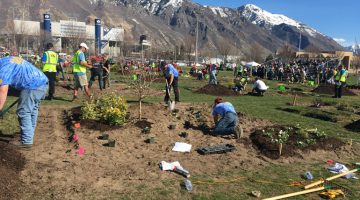 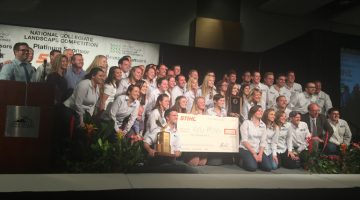