An argument over payment for lawn care service escalated into a felony charge of aggravated assault when a 75-year-old homeowner shot a landscaper in East Nashville, TN last Friday. According to WKRN.com, police records state that the homeowner became angry when the landscaper refused to haul away brush, which the homeowner felt was included in the service.

“During the argument, police said [the homeowner] pulled out a pistol and pointed it at the landscaper, who was then shot during a struggle over the gun. After being shot, the victim was reportedly able to grab the pistol and run to his car, but detectives said [the homeowner] pulled out another gun and shot the victim in the chest,” reported WKRN.com.

The victim reportedly drove himself to a medical center for treatment and the extent of his injuries is currently not known. The homeowner is being held on a $25,000 bond.

Unfortunately, landscape crews and solo LCOs can be subject to such angry interchanges—and even violence—on the job. And the stress and uncertainty of COVID has many on edge more than ever before. Earlier this month, Turf reported on employer responsibilities and liabilities when it comes to harassment on the job. Jennifer Shaw, founder of Shaw Law Group and an employment law expert in anti-discrimination and harassment policies and procedures in Sacramento, CA, said landscape companies should having written policies, as well as training, that anticipates and addresses potential third party harassment risks. “Every state has an equal employment opportunity (EEO) agency that provides guidance in this area,” says Shaw. “[Additionally], employers should partner with experienced employment law counsel to ensure their policies are focused on prevention.” Employers should also consider informing customers of their expectations regarding conduct and address in contracts the rights and responsibilities in the event of an incident or claim.

Next post NALP Report: How Are Landscapers Faring In 2020? 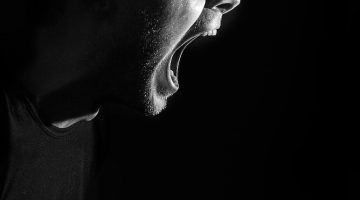