Hoping to one day be the one in charge, Michael Gachina is learning how to handle things like a boss.

In 1988, John Gachina founded Gachina Landscape Management, headquartered in Menlo Park, California, with just two employees and a big dream. He believed in building a company that delivered superior customer service. By doing so, Gachina was able to grow the company to where it is today with over 350 employees and multiple branches. Though Gachina passed away in 2015, his passion and legacy carry on both through his wife, who stepped up to assume leadership, and his son, Michael, who is currently an account manager. Though he’s young, Michael Gachina says his long-term goal is to ultimately take over the family business with his younger brother, who is currently studying horticulture. But he believes there is still a long journey of growth ahead — and what he’s learned so far is already coming into play.

Being both young as well as the successor to a large and successful landscape company, [Michael] Gachina admits he has faced some internal struggles with receiving what he says has felt like “undue respect” that he worries he hasn’t earned yet. Often referred to as the “owner,” though he hasn’t actually assumed that role yet, Gachina even went as far as never using his last name with clients so they didn’t know who he was. But Gachina says he’s since learned to “take things day by day” and to accept some of that respect more willingly as he aims to make a name for himself in the company.

“I have been with the company for five years but up until the last six months have just gone by ‘Mike,’” Gachina admits. “I didn’t feel comfortable when clients — or even our field workers — would refer to me as the owner, because I’m not yet. I felt like I hadn’t earned that title.”

But Gachina says as he gets more and more involved with the company, he has begun to take more pride in being a successor to the owner and to exhibit more confidence about his future role. He has returned to using his last name and says he is finding his way in the company where he is proud to carry on his father’s legacy.

“We already have such a well-established brand that the last thing I felt like I needed to do was put my own stamp on things at this stage,” Gachina says. “But I’m also finding my own path and hope to grow into the role.”

Still, Gachina admits it can be challenging to have employees under him who have decades of experience when he’s so young. That can be especially difficult if he needs to ask them to change what they’re doing.

“I’ve run into circumstances where a field employee might not be doing something horticulturally correct, and I have to ask them to change it,” Gachina says. “That can be awkward when they say they’ve been doing it that way for years.” 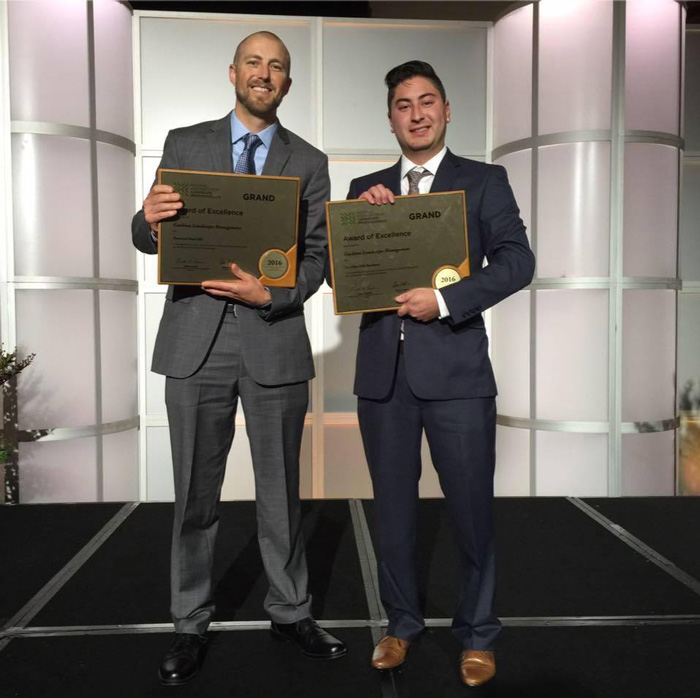 Gachina says that’s where confidence comes into play. Though Gachina currently says there are no guarantees for what his future holds, he does aspire to grow into the owner role. Having started out in the field has also helped him earn a lot more respect. Gachina says everyone should start in the field, even if they are on track for management.

“You might come out of school with a degree in horticulture, but you still must teach yourself some humility,” says Gachina, who worked on a crew as a foreman for two-and-a-half years before stepping into a low-level management role. “You must know exactly what your employees are going through. That will help you give them the best possible direction as well as know if what you’re asking is reasonable or that you’re pushing too hard. I’ve seen people come into this industry and never want to get their hands dirty. That’s not the way to earn respect.”