Home » Business Management » Why You Need Millennials On Your Team

Why You Need Millennials On Your Team

The millennial generation passed the baby boomer generation in living members several years ago. This is a big deal for our economy and, of course, our green services industry.

Numbering anywhere from 75 to 90 million individuals, millennials are emerging as the largest workforce in the U.S. They’re also the most mobile, the most technologically savvy, the most educated and, consequently, the most in debt.

But to the point of this article, millennials are not looking for, nor are they committed to, having “just a job.” The educated ones, the motivated ones and especially the entrepreneurial ones want more. Otherwise, they’re not interested in what employers have to offer. This includes working for landscape, lawn care and irrigation company owners.

Before we get into what this generation wants in terms of employment and what makes it unique, let’s define it.

Acknowledging disagreement on the years when the millennial generation begins and ends (the reason for disagreements over its size), let’s use the 2016 Pew Institute report that defines millennials as being born between 1981-2004.

This generation grew up with the internet, and it views human civilization emerging only after humans adopted widespread use of smartphones. Millennials, male and female, separate the modern era into two distinct historical periods — pre- and post-Facebook.

Facetiousness aside, viewing millennials as being fundamentally different from members of previous generations — especially in terms of ambition, work habits and desire to succeed — is a mistake. And this is even though Gallup’s “How Millennials Want to Work and Live” survey points out that they have the highest rates of unemployment and underemployment in the U.S., and only 20 percent of employed millennials are engaged in work.

Yes, they do have unique employment preferences that set them apart, but don’t write them off, especially if you want to grow your company into the future ‘because’ they are the future. By 2020, this generation will be 50 percent of the global workforce.

For this and other reasons, Steve Coughran, director of strategy for Colorado-based Coltivar Group, advises companies to find ways to attract, train, advance and do what they can do to retain them.

“I don’t think millennials are necessarily lazy or entitled or have all of these negative connotations which are put on them,” says Coughran. However he does admit they do approach career opportunities differently than previous generations.

Because the younger members of the millennial generation typically approach their first employment opportunities with more debt than previous generations, they require higher pay than most employers are willing to offer. Beyond that — and a defining characteristic of the entire generation — most of them are not content to do the same tasks day after day. Rather they seek continuous learning, regular feedback and a defined path to career advancement, says Coughran.

“Millennials offer a huge opportunity to propel companies into the future,” he adds, citing their technical know-how and their ability to communicate and make decisions in the field as great fits for on-the-go service companies.

“The question is not will millennials make it in our business world, but rather will we make it in a millennial work world? That’s a key difference to understand,” continues Coughran. “We have to change our businesses to fit this up-and-coming generation.”

Coughran is a former landscape company owner himself. At 16 he founded a landscape company in his sister’s garage, which he ultimately grew into a successful, high-end design/build operation in and around Denver. Subsequently he earned degrees in accountancy and financing and an M.B.A. at the Fuqua School of Business at Duke University. Today he offers consulting and management work for clients in the construction and landscape industries. (Editor’s note: Coughran shared the comments included in this piece in his recent webinar, “Fueling Strategic Powered Growth,” offered by Texas A&M University Extension.)

One of the issues for employers hiring millennials is their lack of loyalty — at least for companies that do not provide them with adequate and consistent employment satisfaction.

Deloitte’s Millennial Survey 2016 revealed that during the next year, if given the choice, one in four millennials would quit his or her current employer to join a new organization or to do something different. It added that by the end of 2020, two of every three respondents hope to have moved on, while only 16 percent of millennials see themselves with their current employers a decade from now.

And this is true even for those individuals who have risen to management. “While many millennials have already attained senior positions, much remains to be done. More than six in 10 millennials (63 percent) say their “leadership skills are not being fully developed,” says the survey. It adds that 71 percent of those likely to leave in the next two years are unhappy with how their leadership skills are being developed.

For all their real and perceived employment preferences compared to previous generations, nevertheless, millennials’ personal goals are fairly traditional.

The Deloitte’s Millennial Survey revealed they seek a good work/life balance, they want to own their own homes, they desire a partner for life and they strive for financial security that allows them to save enough money for a comfortable retirement. The ambition to make positive contributions to their organizations’ success, and to the world in general, also rates highly.

Millennials in the Deloitte survey identified the following five key areas where they feel a sense of purpose at a business should be far greater than is currently the case: 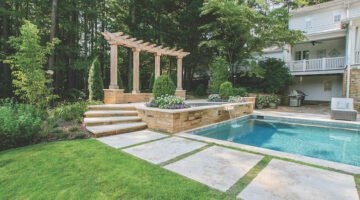