Setback to Success: “I lost my biggest client.”

Peter Fauth was in his second year of running his business Terra Green in Stamford, Connecticut, when his very first customer — a large homeowners’ association (HOA) — went through a major board member change.

“They felt my company was too attached to the previous board and wanted a change,” Fauth says. “They did everything they could to remove me from the property and get out of their contract.”

Fauth continued to discuss it with them to see if they could make the relationship work. He had always done a great job for the HOA and wanted to keep the account. “It was clear they did not want us there,” he says. “So I removed myself from all obligations of the contract and quit the job.”

The contract was worth more than $200,000 — 40 percent of Terra Green’s total revenue at the time. “It was a very difficult decision, but I knew we would never win.”

During this challenging time when the new HOA board was questioning Fauth and insisting on getting out of the Terra Green contract, he admits he panicked. 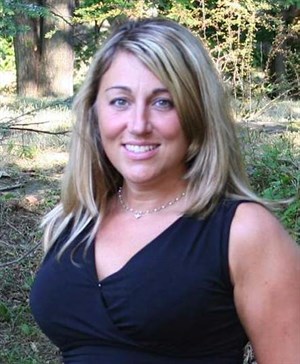 “I was worried,” he says. Fauth would go home and talk to his wife, Kristin, about these troubles with his first and largest account. He thought back to when he just opened Terra Green and finished building a new home when, shortly after, Kristin lost her job. “Money was tight and I was suffering more than a few sleepless nights. She told me, ‘You can’t be up all night worrying about how to grow the business and handle the bills. I should focus on the financial stuff so you can focus on building the business.’”

Since then, Kristin has worked for the business, handling all of the accounts payable and receivable, and they have weekly update meetings to discuss financials. Dividing the roles has been good for the business, Fauth says, and it especially helped when he was losing his first and largest HOA account.

After talking out the challenges with his wife, Fauth came to realize that trying to force this client to remain in the contract wasn’t going to work out.

“It just got to a point where no matter what I did and what I wanted to do or whatever I tried to accomplish, they just didn’t want to work with me,” he says. “So I made the tough decision to let them go, but I decided I was going to leave on a positive note.”

When Fauth told the HOA he was going to relieve them from the contract, he offered to continue work during the time they made the transition to a new company.

Once he made the decision, he sat down with his crew members and made sure they knew what was happening and that the decision had nothing to do with how they were performing on the job. “They were doing a great job; I wanted them to know it wasn’t about them,” Fauth explains.

Then, to start building the business back up, he got his foreman and workers together and put a plan in place to look for work. He told his employees to start using their phones and taking pictures of areas on existing clients’ landscapes that looked like they needed help in the form of enhancement work. Jobs started to trickle in from some of the homeowners who lived in the HOA and liked working with Terra Green.

But the real replacement of the lost work happened three months later when a large gated community reached out to Terra Green seeking a new landscaper. “They had interviewed a bunch of landscapers and weren’t happy with what they were hearing,” he says. “They called us in and we met with the managers and homeowners and were lucky enough to get the job.”

“Looking back, letting go of that client was the best decision I ever made,” he says. “The company has prospered. Through everyone’s hard work we grew from a few hundred thousand to more than $2 million in revenue in three years.”