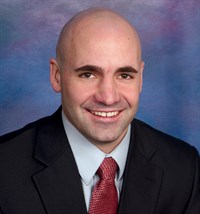 We all have a basic understanding of how driver liability works. If you cause an accident by violating traffic laws, it’s your responsibility. Run a red light, and you could be on the hook for all the costs of an accident. As business owners and managers, we demand that our drivers limit risk (and liability) by following the law. But there are many cases where fault isn’t so straightforward.

When a piece of debris causes damage or an accident, trucks are often accused of causing the debris to ricochet into the other vehicle. But the laws around debris are not clear-cut, and it can be challenging to assess who is liable for the damage.

When determining if a driver is responsible for damage from debris, courts typically look at whether the accident was caused by the negligence of any of the drivers involved.

The essential idea behind negligence is that if the driver had acted differently the accident would have been prevented. Of course drivers are not expected to anticipate the future, but if they knew or should have known that their actions could lead to an accident, then they may be negligent.

If debris is truly random—say, a rock falls from the sky and shatters a car’s sunroof—no one would be considered negligent. Rocks don’t typically fall from the sky, however, so most cases are more difficult to assess.

In some situations that initially seem beyond any driver’s control, courts have found a driver negligent based on the premise that his irresponsible driving contributed to the incident. Typically, these drivers were speeding or failing to pay attention to the road.

A question of negligence

Negligence is determined on a case-by-case basis, but here is a brief overview of what courts have concluded.

If a truck drives over a rock on the road and the tire kicks it up into another vehicle, some courts have found the truck driver was negligent merely for failing to see and avoid the rock. Courts are more likely to find an operator negligent for hitting a rock if other drivers on the road noticed it.

As a general rule, courts have been much more likely to find drivers negligent for kicking-up rocks if they were driving too fast for the roadway. In several cases, courts have concluded that drivers were negligent because they drove over a rock while going extremely fast and that rock ricocheted into another vehicle.

While speed is the most common reason drivers are found negligent, there are many other potential causes of negligence. In one incident, a court ruled that the owner of a concrete mixer could be found negligent for a thrown rock because the mixer was not equipped with fenders for safety.

When a truck’s load falls and damages another vehicle, the driver or owner will almost certainly be found negligent. This is because under the law, drivers have a responsibility to secure the cargo in their vehicles. If something falls off, courts generally find that it is because the driver failed to adequately secure it.

Even if a projectile falling from a vehicle does not immediately cause damage, if another driver hits the debris or gets in an accident while attempting to avoid it, the truck driver will more than likely be responsible for the costs.

There is no sure-fire way to avoid the liability of road debris, but drivers and companies can establish policies to limit the risks of a rock in the road causing a legal entanglement. The best course of action for drivers is simply to act responsibly and take precautions—secure the load, check tires for rocks and avoid debris in the road. These steps will reduce the chance of accidents, and if an accident does occur, they will make it far less likely that a court would find the driver negligent.