When problem solving itself is the problem, it’s time to take a step back. 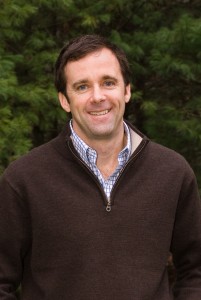 How often is our initial reaction to a problem emotional? Rash, even? It’s so easy to get worked up about a problem, immediately blaming those who had first-hand involvement. But Shayne Newman, founder and owner of YardApes Inc., based in New Milford, Connecticut, found that this kind of response wasn’t actually getting him anywhere. In fact, he discovered his biggest problem was solving problems.

“It took me a while to realize that I needed to step back and really explore a problem each time we were faced with one,” says Newman, who recently celebrated his 25th anniversary with Yard Apes, a $2.5 million, primarily residential company. “I realized I wasn’t actually correcting the root of many of our most basic mistakes. The fact is there are always going to be problems in business—it’s the way you solve them that matters.”

Newman says one example that comes to mind was when a crew member left a gate open while mowing. The property owner’s dog got out and she was devastated.

“My first reaction was to be really mad at the guys—how could they have left the gate open?” Newman says. “But taking a step back I asked myself whether there was a note on the work order that reminded them there was a dog and the gate absolutely needed to be closed. There wasn’t. If the note was there, that probably wouldn’t have happened. It was undoubtedly a mistake—but I had some responsibility there, too, and a way to solve that from happening again.”

Newman says that any time there is a mistake it’s easy to get sucked into the blame game. But coming up with a solution that will actually work requires looking beyond the emotional response and getting at the root of the problem.

“Sometimes taking a step back also allows you to hone in,” Newman says. “We had one crew put a mower blade on upside down and mowed all day that way so the lawns looked awful. Instead of having a company-wide meeting on installing mower blades, which would have previously been our initial reaction to solve that kind of problem, but we just had a talk with the one crew. We didn’t need to waste everyone’s time with a refresher they didn’t need. Hone in on the problem, be direct in your response, and you’ll be a lot more effective in solving it.”