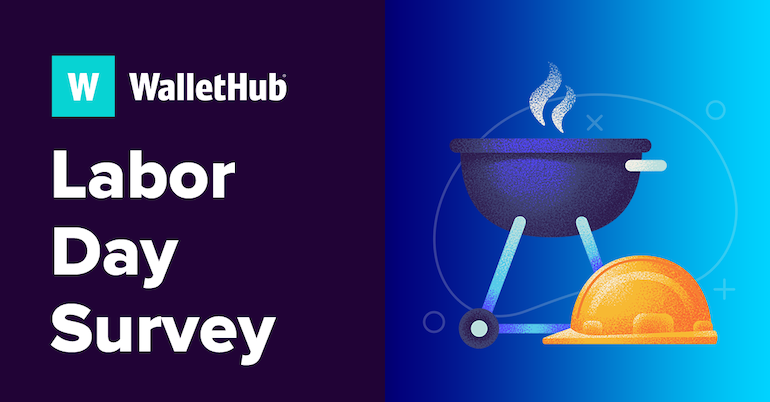 With labor shortages affecting all industries, it seems fitting this Labor Day to take a look at unemployment rates and other employment statistics across the country. According to a WalletHub report released August 19, the U.S. gained 528,000 jobs in July, up from 398,000 the previous month. In July, there were notable gains in sectors which included professional and business services.

Currently, the U.S. unemployment rate sits at 3.5%, a long way from the nearly historic high of 14.7% in April 2020. However, inflation and the potential of a recession threaten to push the unemployment rate higher again if Federal Reserve rate increases are not able to stave them off, according to WalletHub. 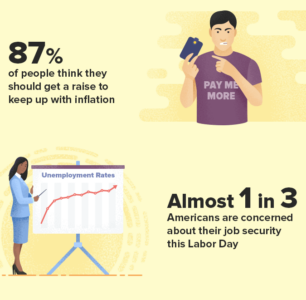 How do the already employed feel about the economy? In a different national survey released August 31, WalletHub found that 87% of people think they should get a raise to keep up with inflation. (But really, who are the 14% who said “no” to that question?!) Other stats included:

To take stock of how unemployment rates are changing, WalletHub analyzed the 50 states and the District of Columbia (D.C.) based on six key metrics that compare unemployment rate statistics from the latest month for which data is available (July 2022) to key dates in 2022, 2021, 2020, and 2019. It found the following.

The unemployment rate fell to 3.5% last month, matching its lowest level in the last 50 years. What does this mean for the economy?

“In fact, the country has now replaced all of the jobs that were lost in the early months of the pandemic,” said Jill Gonzalez, WalletHub Analyst. “Almost every industry added workers last month, including restaurants and retailers. That means businesses might be doubting the economy, but they are still eager to hire. However, it also means the Fed’s probably going to continue to aggressively raise interest rates in an effort to curb inflation.”

Is there a big difference in the unemployment rate among various demographics?
“The unemployment rate does differ sharply among different demographics. The unemployment rate for white people is 3.3%, while it’s much higher, at 6.5%, for black people. The racial disparity is troubling, especially in the context of broader discussions of inequality that have taken place in the past year,” said Jill Gonzalez, WalletHub analyst. “The unemployment rate can fluctuate a lot by age, too; it’s only 2.4% for those ages 45 to 54, but 6.4% for people ages 20 to 24. It makes sense that people who have been in the workforce longer would have more job stability, but we should be concerned about the difficult conditions faced by young people.”

Read your state’s rank in the full report.

Next post Pesticides Increasingly Under Attack In State Legislatures