Where Are The Best Cities For Landscapers?

Landscaping can be challenging work, thanks to the physical demands and harsh weather workers often have to deal with, but some locations may offer better working conditions than others. To find the cities across America where working conditions are best for landscape workers, K. van Bourgondien researched data on seven different factors including cost of living, quality of life, landscaper pay and job availability, as well as weather and climate data for 50 of America’s biggest cities. The team then weighted each factor¹ and compared the results in each city against every other locale in the evaluation, giving each city a final score on a 0-100 scale. 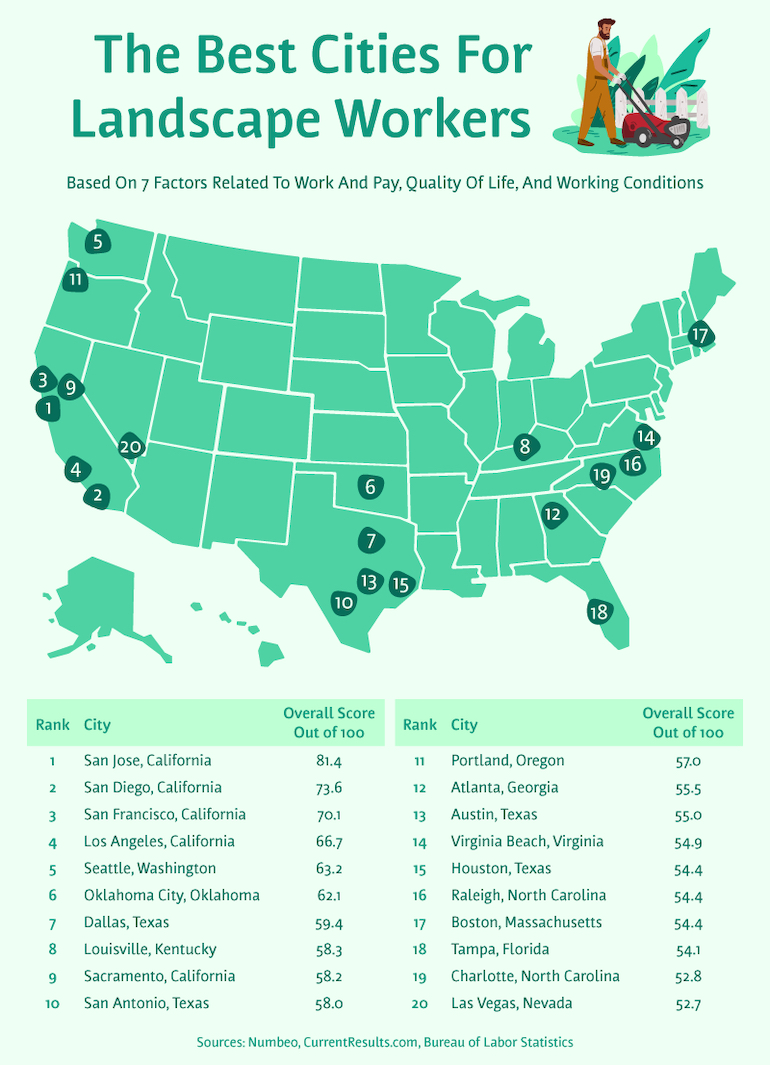 Overall results indicate that life is good for landscape workers on the west coast. Each of the top four cities in the ranking are located in California, with higher salaries and predictable, moderate climates boosting the scores for those cities despite their higher cost of living. Rounding out the top five is Seattle, a city that earned high enough scores relating to job competition and the lack of extreme temperatures to overcome low scores relating to precipitation, one of the city’s hallmarks.

While many of the top 20 cities are located in warmer parts of the country, Seattle is joined by Portland, OR and Boston, MA as cities that regularly experience cooler temperatures. Decent salaries and limited job competition are among the biggest factors pushing these three locations into the top 20. 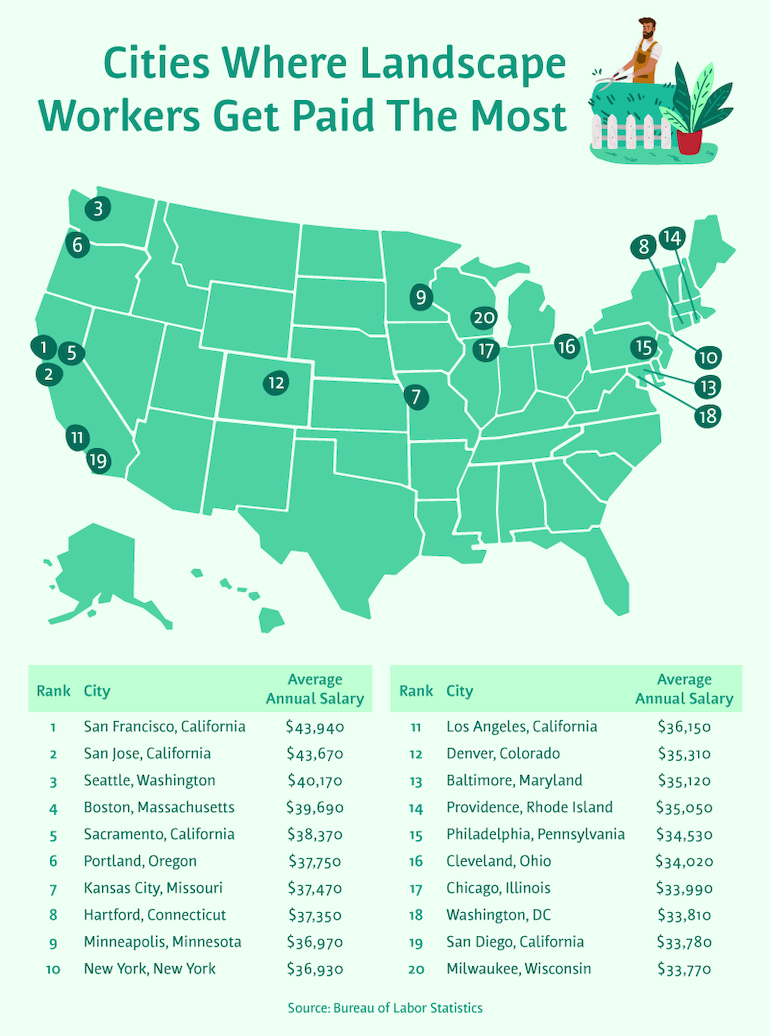 For many, income is among the most important factors when choosing a career. For that reason, K. van Bourgondien mapped out the 20 cities that offer landscape workers the best income and Seattle, Portland, and Boston once again landed at the top of the list. California, similarly, earned a second shout out, with San Francisco jumping from third in the overall rankings to first overall in terms of annual salary, edging out San Jose by less than $300.

Finally, K. van Bourgondien wanted to see which cities feature the most people actively working in landscaping jobs. Using data from the Bureau of Labor Statistics, the team calculated how many jobs are in landscaping for every 1,000 workers in each city. While a number of California cities feature large numbers of landscape workers, Florida has the most cities in the top 20, with four.

Not only does the Sunshine State have the highest number of cities in the top 20, Orlando takes the top overall spot. In Orlando, one of the biggest tourist destinations on earth, 10.17 out of every 1,000 jobs is in landscaping, the only city with a number in double digits. 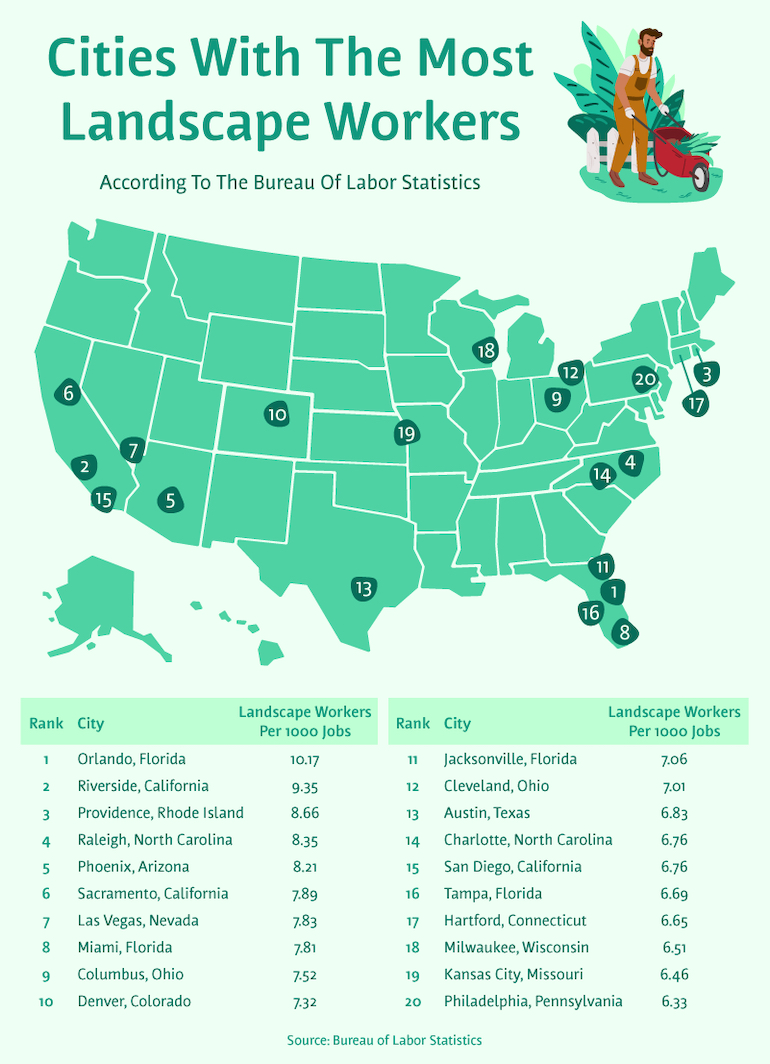 Want to talk about business management topics with fellow lawn care and landscape professionals? Join the discussions in the Business Management Forums at www.expired-link.com.

Next post Taking Over A Family Business? Top 5 Mistakes To Avoid 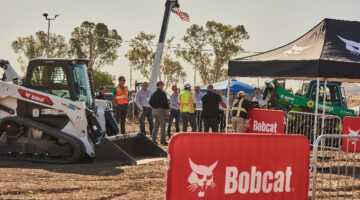