Industry critics claim lawns contribute to global warming. They point to the fertilizers and other chemical products we use on lawns, emissions from the equipment needed to maintain them and to the energy costs associated with irrigation as contributing to climate change.

Is their criticism justified?

While research on the subject is far from exhaustive because of the many variables attached to our lawns and how we maintain them, what we’ve learned so far allows us to confidently respond that, on the whole, the lawns on America’s 80 million homes capture more carbon than they release into the atmosphere.

Research at The Ohio State University by Gina Zirkle (now with AmericanHort) and others show that the amount of carbon captured by lawns (carbon sequestration) varies by the intensity of the maintenance they receive.

Working under the tutelage of Dr. Rattan Lal, professor of soil science, Zirkle’s research determined that grasses are “very efficient” at storing carbon dioxide in the soil.

“Since a lawn is a permanent ground cover with an extensive root system that is continually breaking down and regenerating, lawns are able to accumulate carbon, which makes up soil’s organic matter, and this is essential in the development of a healthy soil structure,” she shares.

Yes, there are instances where lawns are intensively maintained in terms of chemical use and water use where carbon costs are greater than carbon sequestration.

“Every lawn-management practice uses energy that can be converted to a carbon cost,” explains Zirkle. These costs include the gas used to operate mowers, electricity to run irrigation, fertilizer and pesticide production and transportation.

Even so, Zirkle, who completed her research and published the results several years ago, remains confident that, on the whole, healthy, sensibly managed lawns combat climate change, in addition to providing many other well-document benefits.

“Sometimes,” shares Zirkle, “it is really hard to portray this message to homeowners — all of the benefits they get from their lawns.”

Next post Drought Stress on Trees and Shrubs is Costly 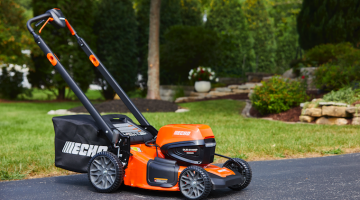