The ECHO eFORCE™ 56V Battery System includes 10 units, two batteries, and two chargers. Each of ECHO’s key categories are included in the new lineup, including ECHO’s Pro Attachment Series™, with two powerheads that will run up to 15 or 16 attachments.

“As battery-powered growth continues to soar, we wanted to give customers a superior option,” said John Powers, director product management for ECHO Inc. “With a full lineup of 10 new units spanning the range of users from high-end homeowners up to professional landscapers and arborists, the 56V e-Force platform delivers the performance that users have come to expect from the ECHO brand.”

The announcement was made as a pre-cursor to GIE+EXPO, being held Oct. 20-22, in Louisville, KY, where attendees will have the opportunity to learn more about ECHO eFORCE™ 56V and demo the products themselves. The products will be available in early 2022.

ECHO Incorporated is a leading manufacturer of professional-grade, high performance outdoor power equipment for commercial and homeowner use. Based in Lake Zurich, IL, the corporation markets its products under the brand names ECHO and Shindaiwa. 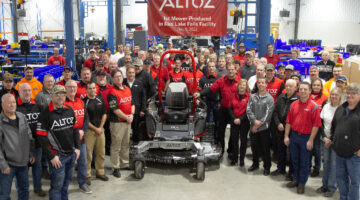 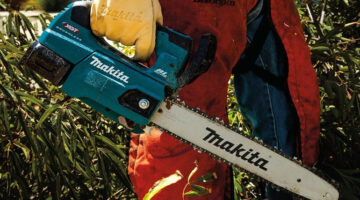