There’s little question Mark Hain loves the University of Nevada, and the feeling is mutual. Although not an alumnus, the community-minded owner of Hain Enterprises has been called in on more than one hardscape project at the school, and often donates his work.

That was the case two years ago when Hain was approached about dressing up the plaza behind home plate at the school’s baseball stadium, William Peccole Park.

“They approached me and said they were having the Mountain West baseball tournament at Peccole Park,” Hain says. “It really looked like a back alley, so I said sure. Then, I said, ‘If I do it, can I do whatever I want?’”

School officials didn’t take long to get on board with the proposal Hain made to them. 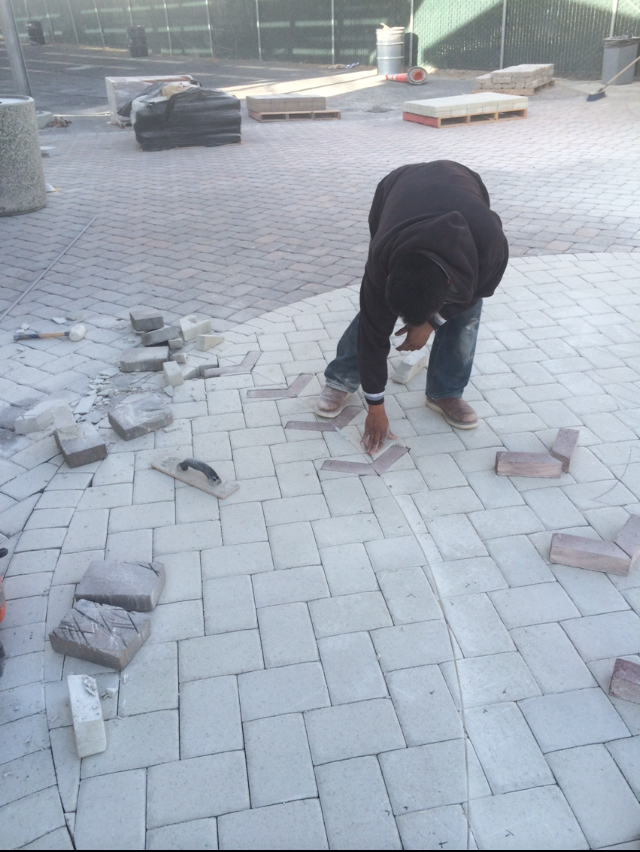 “I told them I have this really crazy idea: I’d like to do a baseball with the Wolf Pack logo in the center of it,” he says. “Their question was if anyone made white pavers. I told them, ‘If they don’t, they will for me.’”

Hain got the green light for his idea and he didn’t even have to come up with a sketch until the project went to the Nevada board of regents. And, indeed, the centerpiece of the job is a 17-foot diameter baseball made of pavers, although it also includes a seating wall.

Hain uses Basalite products for many of his projects, and the white pavers proved to be a non-issue. While the company has a distribution center in nearby Sparks, Nevada, the Shasta White units were produced at the company’s Carson City, Nevada, plant.

“I had to special order them and wait a couple weeks,” he says. “The company even made a custom red blend for the stitching.”

As for the Wolf Pack logo, Hain has recreated it often enough for jobs both on- and off-campus that he knows Basalite’s Lamp Black is the correct product.

“If you look at it in the sun, the Lamp Black has a blue tone to it,” Hain says. “It gives me a deep midnight blue to begin with, and then as it stays out in the sun it becomes more blue.”

In fact, sourcing the material was not the hardest part of the job. Hain says the biggest challenge was the location of the project, which has only a single driveway access off Evans Avenue at the other side of the park.

“Just getting in and out of there was a real challenge,” Hain says. “Dealing with the traffic within the little area we were at was difficult. We had a Bobcat and a backhoe in there for a day, and then we needed dump trucks and trailers because we had to remove the asphalt that was there.”

Additionally, because the campus was hosting the tournament, new cabling and new conduit had to be run before the paver plaza could be installed. 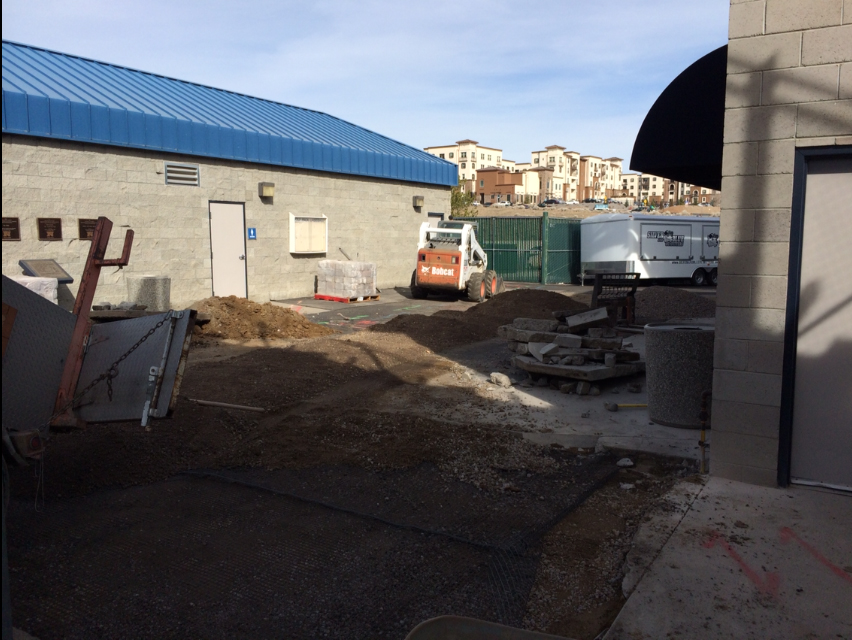 Complicating the issue still further, Hain and his four-man crew didn’t get access to the site until 20 days before the tournament started. It took them the better part of two weeks to install some 3,200 square feet of pavers and 100 linear feet of Basalite’s StoneWall II wall material, which provides seating for the area.

“I feel I work better under pressure,” he says, laughing.

The patio is sand-set, except at the edges where it’s mortared. And, Hain admits it required a little extra help from Basalite toward the end.

“We came up a little short on the white pavers,” he says. “They got me another pallet within two days. They really bent over backwards to get me everything I needed for the job.”

From Hain’s standpoint, though, the most-impressive thing about the project is that not only is his company innovative enough to do it, but also all the cuts to the pavers were done freeform in the field.

“If you look closely at the detail work, you’d never know all that was cut by hand on 14-inch cutoff saws,” he says. 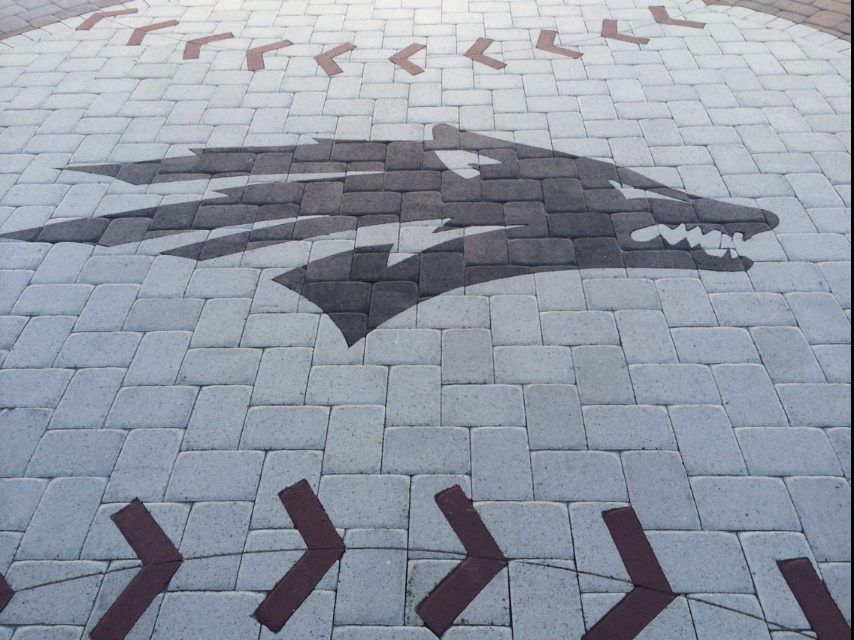 That aspect of the job alone has allowed the company to move forward doing jobs that are similar, but include even more detail.

“We’ve refined more detailing, and those projects have moved ahead faster and more efficiently,” Hain says. “It’s helped us be more innovative in our cutting with better results at the end.”

Of course, Hain is proud that the job was a 2015 Hardscape North America (HNA) award-winner for best commercial paver job of less than 15,000 square feet. But he says he loves it when people see it and realize it’s not paint.

“People actually make remarks about the plaza,” he says. “It’s also fun when you’re about in the community and somebody knows that’s our work. But, the best part is knowing I did something really cool and innovative that’s going to be there for a long time, and I didn’t charge anybody for it.”