What better way to enhance a new community landmark in southern Arizona than with a paver plaza? That’s what city leaders here thought, and the result is a prize-winner for the community and Re-Create Companies LLC, the Phoenix firm that did the installation. 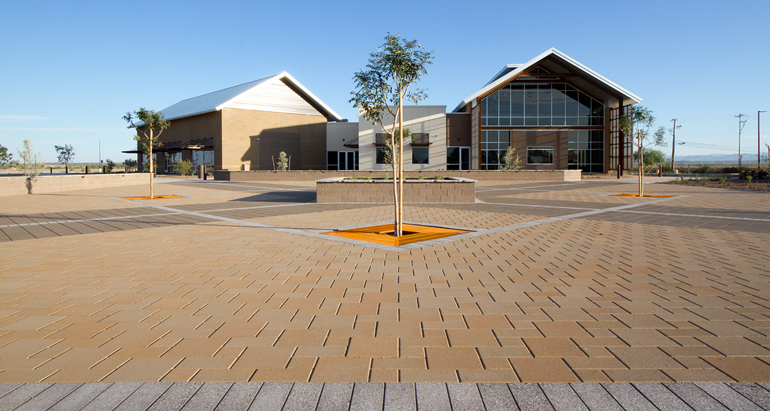 In 2015, the chapter recognized the job as best commercial project of less than 10,000 square feet. It was also chosen for the chapter’s Choice Award.

“We entered those first and then after it won there, we knew it had a good shot in the HNA Awards,” Roberts says. 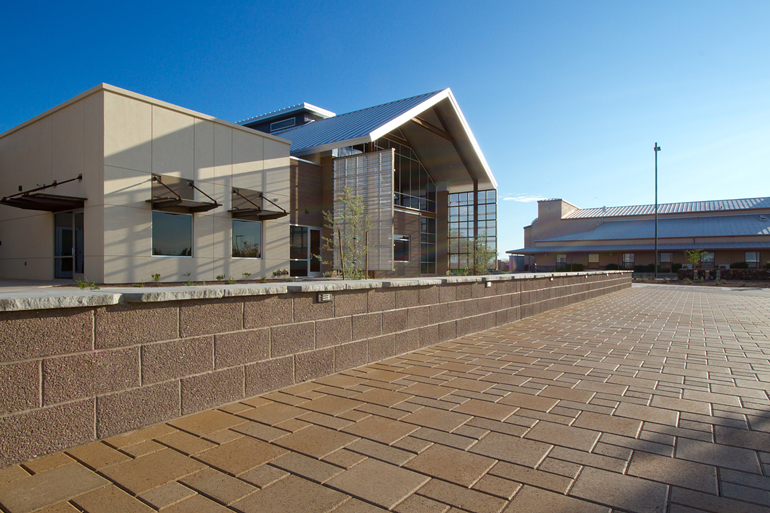 Overall, it’s high praise for a job that’s fairly typical of the commercial work Re-Create does. She says the company charged approximately $42,000 for the job, which took about a month to complete in August 2015, utilizing a crew of five men.

Florence, a community of about 30,000 between Phoenix and Tucson, was seeking to improve its downtown area when it approved plans for an approximately $13 million project to build not only a new library, but also an aquatic center, soccer fields and pickle ball courts on 17 acres of a 40-acre tract reclaimed from the flood plain of the nearby Gila River. 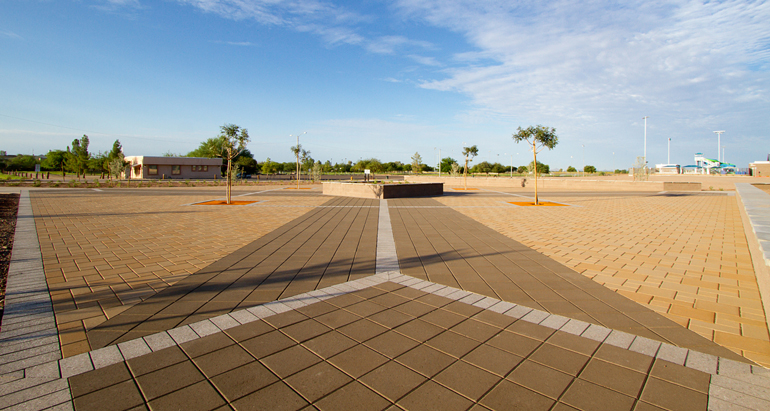 Territory Square adjoins the downtown area, and future plans – still under discussion – include building a new town hall on part of the remaining 23 acres.

Roberts says Re-Create’s part of the library project was fairly modest. The company was contacted by the general contractor – with whom it has a good relationship – and asked to bid on the job.

“This is just one of the many enhancements for the project,” she says. “The designer and the architect specced out the project and they chose the Belgard pavers that we used. Our contribution was the labor and the products we needed to install the pavers, such as the sand.” 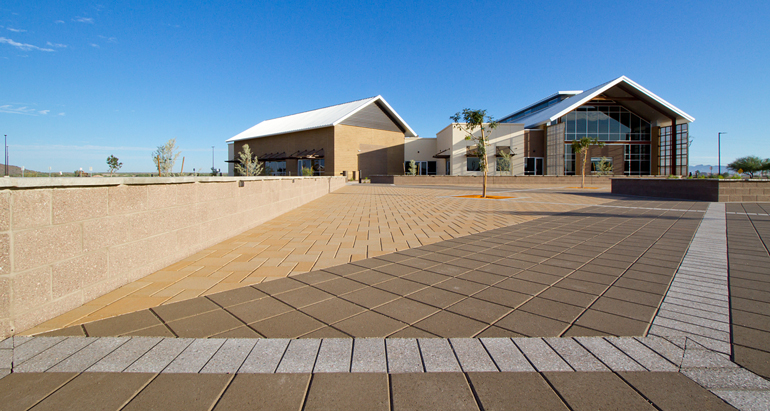 Roberts explains the plaza is pretty much a square. However, within the square there are several different patterns, including a large X, that are done with different colors and different sizes of materials.

“It’s designed as a gathering place where people can go and meet and also where they can sit,” Roberts says. “There are tree grates and seating areas. And, then there are some pretty cool patterns where we used different colored pavers and different sized pavers.”

She adds that the landscaping, including the seating, was supplied by other subcontractors.

As for the client’s choice to use pavers for the job, Roberts says she’s just speculating but she believes it’s the look they provide. 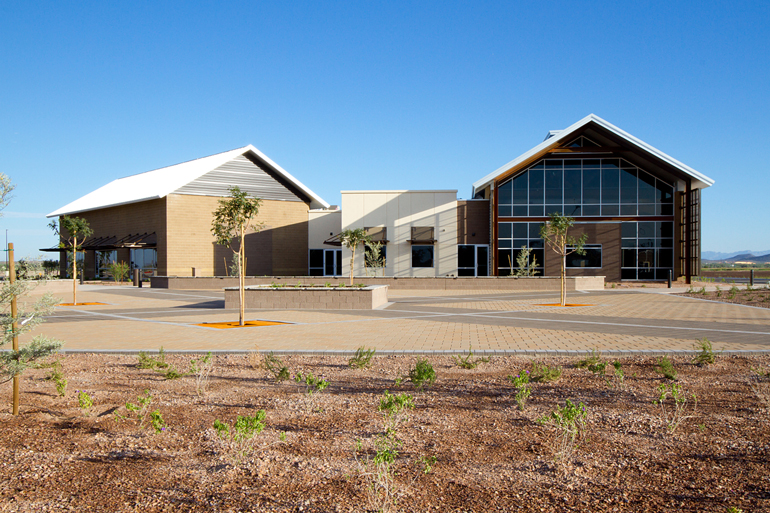 “You can do the different patterns and colors, and it’s right by the library, so they want to make it a nice and inviting environment for everybody,” she says. “Pavers tend to give that sense, I think.”

Not surprisingly, the patterns created the biggest challenge to the job, and offered the greatest learning opportunity, as well.

“The greatest challenge was the different patterns we had to do,” says Roberts. “And, of course, making sure that we got all of it right so it looked good. These were patterns that we don’t normally do. It’s a learning experience to do any job with patterns that we don’t normally work with. A lot of jobs involve a single color of pavers, but here we had to do a lot of different cuts to make everything fit just right.” 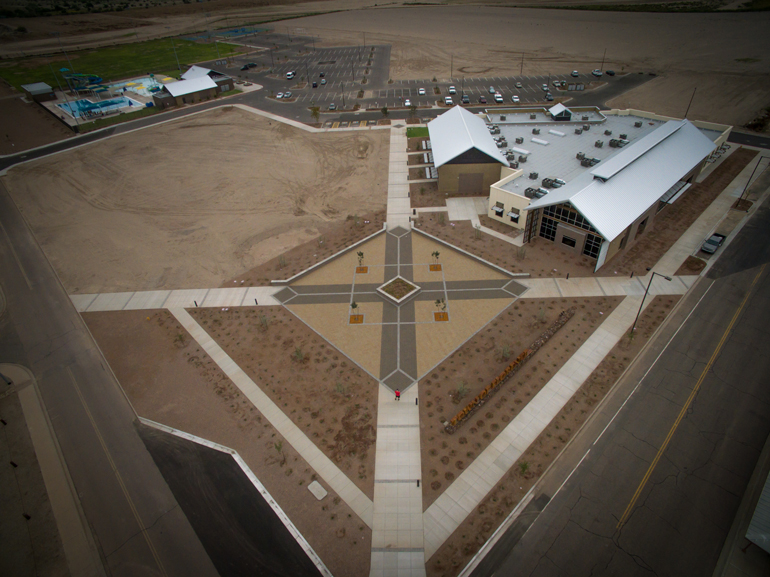 With the three awards to its credit, Roberts says the Re-Create Companies takes a lot of pride in the Territory Square Library project.

“We know the judges look for jobs that utilize different colors and patterns,” she concludes. “This one really stands out.”