LANDSCAPES 2016: Registration Open, New Sessions Offered
Returning to Louisville, Kentucky, October, 19-21, LANDSCAPES is hosted by the National Association of Landscape Professionals alongside GIE+EXPO and Hardscapes North America. Over 40 sessions will be at the convention presented in six different learning formats such as town hall meetings, workshops, roundtable discussions, etc. NALP members can also schedule consultations with a leading business owner. For more information about the power sessions, learning tracks or to register, visit NALP’s website. Registration to LANDSCAPES includes access to GIE+EXPO.

New FINN Tier 4F HydroSeeder First Purchased in California
FINN Corporation has introduced a large tank HydroSeeder with a CARB Compliant, Tier 4 Final Diesel Engine, even though federal regulations begin at the end of 2017. The machine has a Cummins QSB 4.5-liter diesel engine and meets the state of California’s emissions standards for diesel powered machinery, according to the company. The FINN Titan 400 unit was purchased by a California firm that provides erosion control services.

ASIC Creates Endowment to Honor Ivy Munion
The American Society of Irrigation Consultants (ASIC) has created an endowment to memorialize Ivy Munion, ASIC past president. Munion passed away on May 23, 2016, a victim of cancer. The goal is to have an endowment that will annually provide a scholarship to a student currently enrolled in a 2- or 4-year college, whose major emphasizes irrigation courses. Contribute via PayPal, or send a check, payable to ASIC Scholarship Fund, to: ASIC, 4700 S. Hagadorn Road, Suite 195D, East Lansing, MI 48823.

VOLT Continues to Focus on Innovation for Landscape Lighting Installation
VOLT Lighting has released new inventions for landscape lighting installation to improve new and existing products. The Gutter Mount Kit, Clamp-Connects and the Flag Pole Mount are new designs for the professional lighting community. Clamp-Connects, are wire connectors that employ a ‘cage clamp’ instead of set screws or twist devices and can be found on the Pro Junction Hub, Pro Micro-Junction Direct Burial Connector, and Clamp-Connect Transformers. The Flag Pole Mount and Gutter Mount make installation easier and faster than previous lighting installation, according to the company.

David Caldwell Named Product Manager of Takeuchi-US
Takeuchi-US recently appointed David Caldwell to national product manager where he will be responsible for all Takeuchi products available in the North American market. He will also be in charge of national sales training events and overseeing the direction and daily tasks of the product team. Caldwell has been the product and training manager for Takeuchi for close to six years, and has over 17 years of industry experience.

Toro Selects Richard Olson as CEO
The Toro Company’s board of directors elected Richard M. Olson to the position of president and chief executive officer, effective November 1, 2016. Olson is a 30-year veteran of the company and has served as Toro’s president and chief operating officer since September 2015. Toro’s current chairman and CEO, Michael J. Hoffman, will continue to serve as chairman of the board.

KIOTI ‘Power Through Tour’ Wraps Up This Fall
KIOTI Tractor has hit the eight-month mark of the year-long promotion. In October 2015, KIOTI and Trace Adkins, announced their partnership and raffled Adkins’ personal KIOTI DK65. The raffle has raised more than $28,000 for the Wounded Warrior Project. The promotion will end on October 19, 2016.

Previous post Drought Stress on Trees and Shrubs is Costly 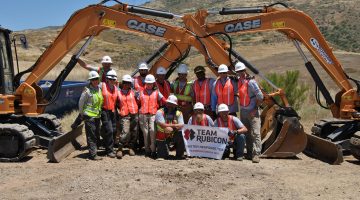 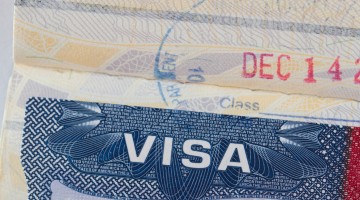