Home » Keeping It Green » How Will We Embrace the New Industrial Revolution?

How Will We Embrace the New Industrial Revolution?

We are living in a digital revolution that is creating a ripple in the way businesses learn to adapt to change and communicate with their customers.

Ever-smarter machines and new internet-enabled business models spawned by the app economy are revolutionizing all commerce. How much it will change our green industry in the next five to 10 years is largely unknowable. But if you’ve been paying attention you may agree that the process is underway.

What is this force?

Klaus Schwab calls it “The Fourth Industrial Revolution,” the title of a book he authored. Schwab, 78, is executive chairman of the World Economic Forum, which he founded in 1971. The WEF is an international institution for public-private cooperation. Each winter, the WEF welcomes 2,500 of the most influential, powerful people on earth (business leaders, politicians, intellectuals, journalists, etc.) to Davos, Switzerland, to discuss the state of the world.

Schwab, in his book published just this past January, makes a compelling case about the impact of ever-accelerating technology on all industries.

Evidence of this new worldwide revolution is already popping up in our everyday lives. One recent incident comes immediately to mind.

At the conclusion of a recent meeting in Omaha, Nebraska, a colleague needing a ride to the airport tapped the Uber app on her smartphone. Within two minutes a sleek black nondescript sedan whisked her to the airport. Uber? It’s the biggest taxi company in the world with its worth estimated north of $70 billion. Yet, Uber does not own any cars … it’s a software tool.

Uber drivers now operate in more than 60 countries and 410 cities, with these numbers (along with its revenue) rapidly growing. Not surprisingly, taxi drivers around the world aren’t happy. Their attempts to get regulations to defend their livelihoods are meeting with spotty success. But Uber is here; goodbye taxi industry as we’ve known it.

As society more fully engages in the digital world, other industries and the businesses that support them will change, too.

Consider the hotel industry. As you plan your summer vacation, some of you will access Airbnb. Did you know that Airbnb is the biggest hotel company in the world, even though it does not own a single property? Airbnb is a website that offers an easy-to-use digital platform for people to list, find and rent lodging. As of mid-May Airbnb reported more than 1.5 million listings in 190 countries. 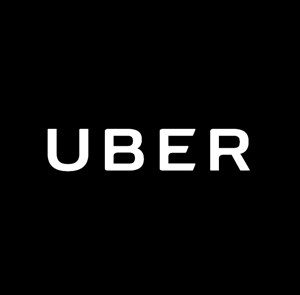 How about Facebook’s role in creating incredible amounts of content while generating none of its own? Then, of course, there is Amazon’s billions of dollars in sales with only one brick-and-mortar outlet so far.

Not everyone is going to enjoy this ride as this revolution progresses and accelerates.

This new industrial age, as presented by Schwab, seems to offer the business world two stark options: disrupter or disrupted.

Is it too much of a stretch to take Schwab’s warning another step — to attempt to make it relevant for the landscape industry, which has remained pretty much the same for decades?

Is your company ready? Tell us about the changes and innovations you are bringing to your company in the comments below

Previous post What it Means to Customers When You’re Certified