Home » Keeping It Green » Do What You Love: How the “Tiny House Builders” Brothers Measure Success

Do What You Love: How the “Tiny House Builders” Brothers Measure Success

Are you having fun and doing exactly what you love to do? The Diedricksen brothers of "Tiny House Builders" share how they measure success. 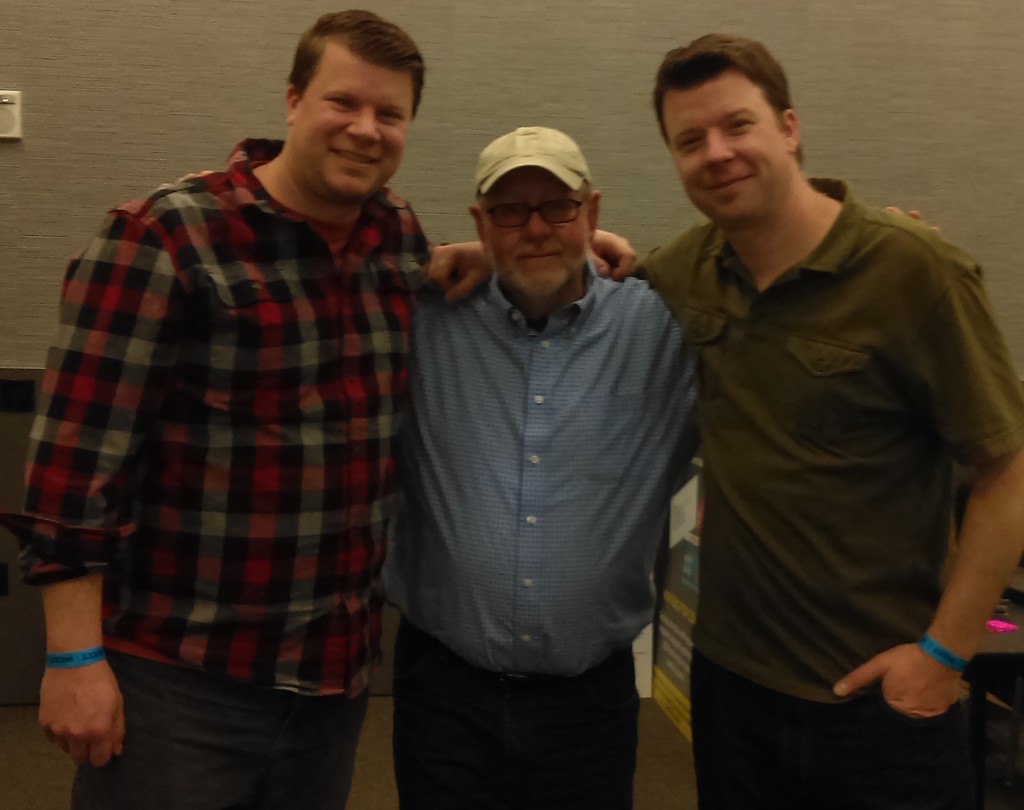 All of us measure success somewhat differently. Success is that personal.

Derek “Deek” Dierdricksen and younger brother Dustin measure success (in large part, anyway) on how much fun they’re having. If you are fortunate enough to hang out with them—even for a little while—you’ll come away appreciating just how big a part “having fun” should be in doing what you do in your chosen career.

I got a chance to spend some time with the brothers between their presentations at the recent 2016 Cleveland and Remodeling Expo. The Dierdicksen brothers are a big deal in the “tiny house” movement that’s become so popular. Check out their HGTV series “Tiny House Builders.”

I was curious. I wanted to know if they could share some thoughts regarding landscaping for their tiny creations. Tiny landscapes? Tiny gardens? Nope, they told me; they’re into small structures, all kinds of small structures. They’ll leave the landscapes and gardens to landscapers and gardeners. 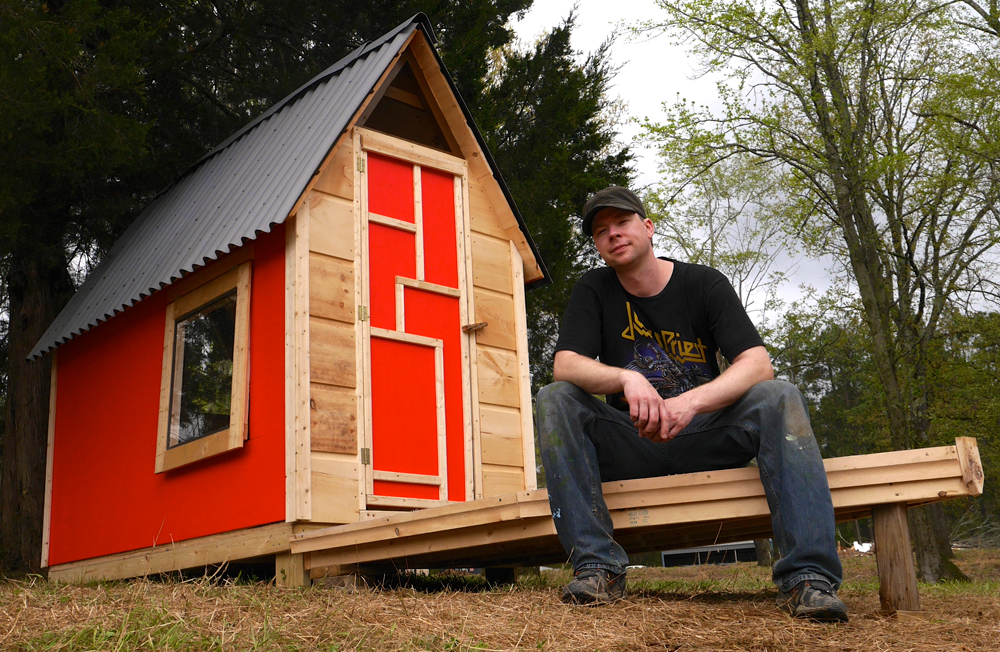 The standing-room-only crowd in Cleveland’s packed downtown convention center greeted them like rock stars. That always surprises them, Deek told me. They’re anything but rock stars. The brothers, in a sense, see themselves as two large (very large) kids still, even though Deek is 39 and kid brother Dustin is four years younger.

In spite of their surprising celebrity (to them anyway), they still spend most of their time scavenging for wood and other salvageable materials to build tree houses, tiny hideouts and any other tiny structure (even a chicken coop)—just like they did as youngsters growing up in a small ranch home in Madison, Connecticut, on the Long Island Sound. The fact that they’re making a nice living doing it, speaking about it, sharing it (books, television, online) and with hands-on retreats at an isolated 10-acre site in northeast Vermont, is just icing on the cake. 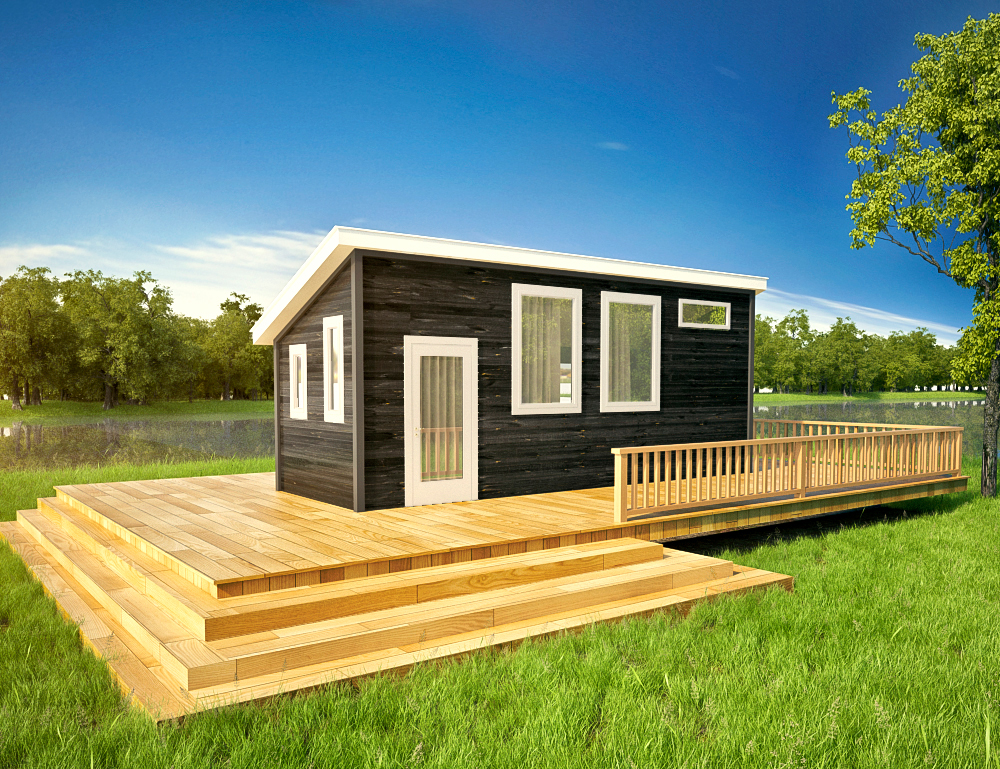 Example of a tiny house with deck. SOURCE: Marketplace Events

As Dustin said, “Hey, it’s just fun. It’s all about life experiences. Instead of acquiring things, a lot of people these days want to go out and actually do things. They want to hold a hammer and learn how to build with confidence. That’s what this tiny house movement is all about. It’s all about creating a smaller footprint with less money and stepping out of our comfort zones.” (Is there something here as landscape service providers we should be aware of?)

The brothers freely admit they didn’t set out to become household names in the HGTV universe. It just kind of happened as they did what they love to do, even from a young age.

“Our family didn’t have a lot of money,” says Deek, whose dad was an industrial arts/wood shop teacher. “We were always a family that fixed stuff rather than hiring somebody. Not having money as kids, we had to be inventive when we wanted to build something like a tree house. So, we built them illegally in the swamps behind our neighbor’s lots because we knew they wouldn’t chase us in the woods because they would have to run over a bunch of slippery logs and get eaten by bugs.” 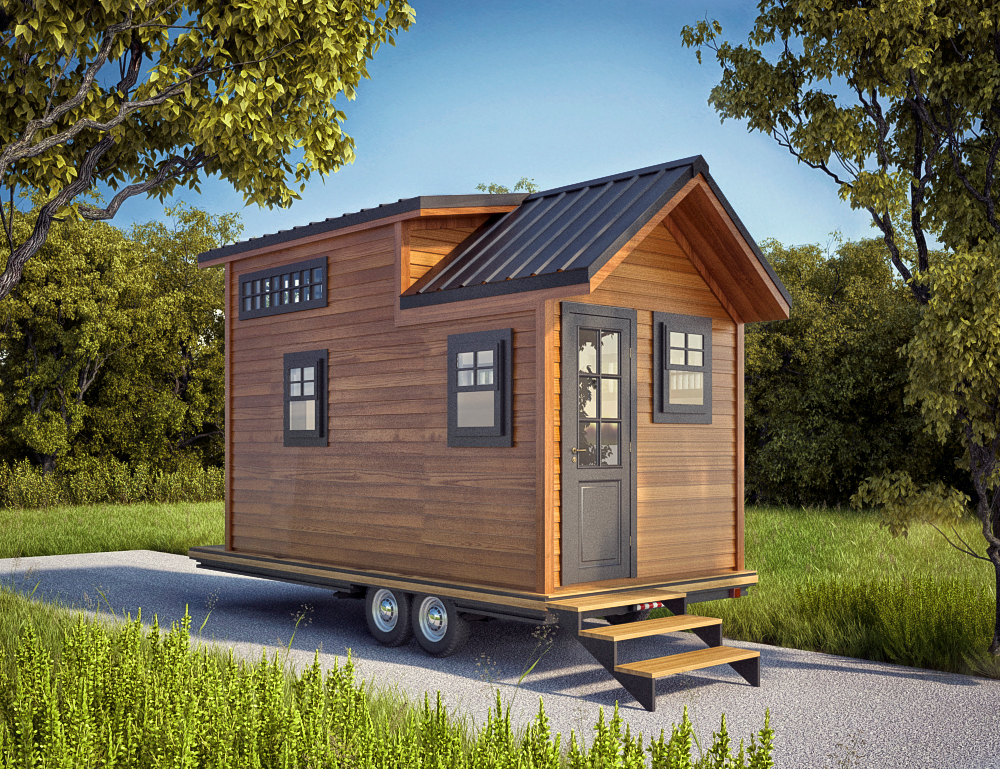 An example of an Ultralight tiny house on wheels. SOURCE: Marketplace Events

As they learned more and more about building tiny structures, they started posting their projects on YouTube—basically just having fun scrounging and building. Then Deek got the idea of writing and self-publishing a book. As the YouTube videos started attracting more and more attention (going viral), “a real publisher” picked up his book, Deek says, and their careers as tiny home builders began to take off.

If you want to learn more about the brothers and what they’re doing (especially in terms of having fun), check out this Lollipop Fort of Death video on YouTube. You will see what I mean.

If you want to keep track of the brothers’ projects, you may want to sign up for Deek’s blogs at relaxshacks.com.

While I didn’t gain any insights on the design and execution of tiny landscapes or tiny gardens to complement the brothers’ tiny houses, I did greatly enjoy meeting Dustin and Deek and seeing the great joy they are getting (and sharing) by doing exactly what they love to do. I wish the same for all of you.