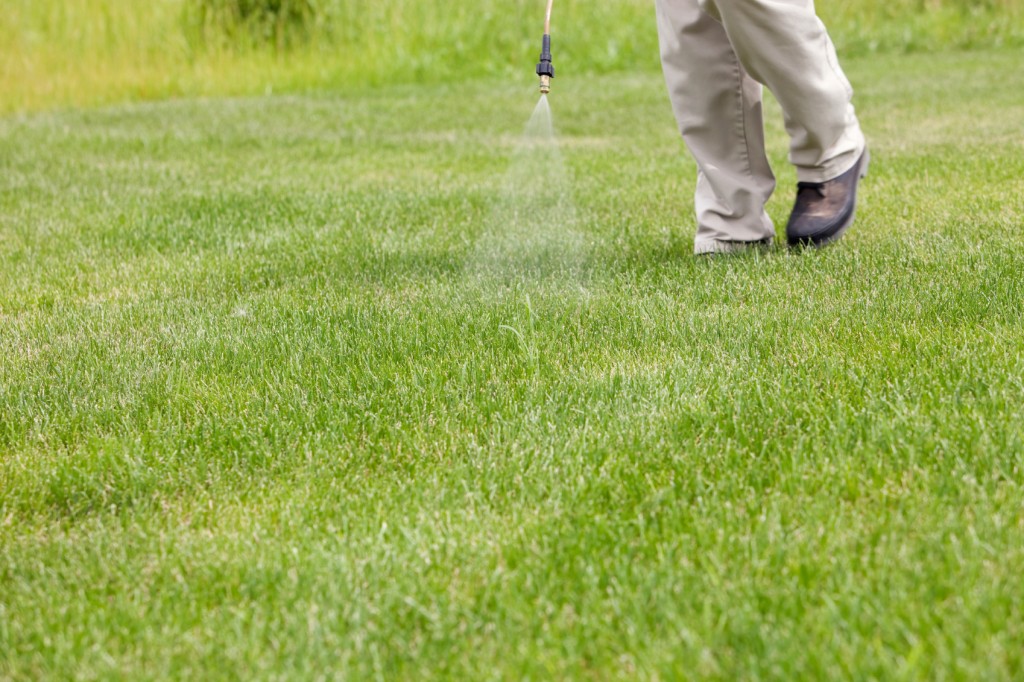 Outmanned and outgunned. Is that a fair assessment of the failure of professional turf care providers and their allies to stop an industry-damaging anti-lawn care bill from being passed in Montgomery County, Maryland?

Or is it a case of citizens, and especially property owners, in the state’s most populous county ­not fully understanding pesticides and their role in keeping their lawns attractive and weed free?

Decide for yourself how (or if) the industry could have defeated Bill 52-14 that will strip LCOs and property owners alike of the use of practically all EPA-registered and effective weed and turf insect products.

Here’s how it came about.

Montgomery County, bordering a northwest section of Washington, D.C., has a lot going for it. Research centers, U.S. government offices and business campuses dot the south and central regions of the county. Rich farmland rings its north, west and east borders. Montgomery County, Maryland, is one of the 10 riches counties in the United States, according to Forbes magazine. It’s also the only county in the country to ban the use of EPA-registered and commonly used lawn care chemicals.

Eric Wenger, a lawn care company owner who, among others, campaigned tirelessly to defeat the bill, says: “Homeowners in Montgomery County are adamant about having nice properties, but not adamant enough to defend the right.”

The Montgomery County Council, after a series of public hearings and hours of discussion in work sessions, on October 6 passed Bill 52-14. The law will deny professional and non-professional use of all “non-essential” pesticides on lawns within the county.

Property owners will not be allowed to apply pesticides to their lawns starting January 1, 2018. The county will discontinue use of pesticides on public properties starting with 2016.

Council President George Leventhal, who has not made it a secret he has higher political aims, spurred the bill’s passage. He framed it as a measure to protect the health of county citizens and to reduce the risk of environmental damage.

“The Government Accountability Office (GAO) has found that many pesticides are currently being approved for consumer use by the EPA without receipt and review of data that the manufacturer is required to provide on the safety of chemicals,” Leventhal wrote when he introduced the bill in 2014.

An active, vocal but relatively small coalition of industry participants hotly disputed that and similar assertions during public hearings this past year on the bill.

“The county is taking a little bit of information and having an extremely emotional response to it,” Kevin Fitzgerald, general manager of the TruGreen branch in Gaithersburg, responded.

Leventhal and several other council members, however, continued to claim the right of a homeowner to maintain weed free lawn does not supersede “the right of adjacent neighbors to be kept free of harm.” (Worth noting: Leventhal lives in the ultra-progressive community of Takoma Park, pop. 17,000, which passed its own lawn pesticide ban in 2013.)

“Most people, both inside and outside the county, think 52-14 is a pesticide ban,” Eric Wenger, president of Complete Lawn Care, Laytonsville, Maryland, says. “It actually doesn’t ban pesticides. It only bans people from using pesticides on their lawns and professional applicators from making applications with those pesticides.”

Wenger, who has been in the turf care business since 1980, says the law is basically “unenforceable.”

By almost any standard, 52-14 is a troubling bill. As noted by Wenger, the ban applies only to pesticides used on lawns. It does not ban pesticide use on golf courses or farms. In fact, golf course superintendents and farmers (including the Farm Bureau) actively opposed the bill’s passage.

Also, the bill continues to allow pesticides applied to gardens, mulch beds and to weeds growing through cracks in sidewalks, driveways and patios.

More surprising yet, 52-14 does not restrict the sale of so-called “non-essential” pesticides by retail outlets within the county. Anyone will be able to walk into any big box or hardware store and buy them even after the bill’s provisions go into effect.

Beyond these inconsistencies, the county is counting on property owners to willingly comply with the law. Enforcement will be complaint-driven. It is unclear at this point if cities and villages within the county will be willing to enforce the ban.

County council members stressed there will be a significant public outreach and education effort focusing on IPM and organic lawn care for county residents, but no “lawn police.”

“The applicators I know and see getting their certifications are already doing IPM,” says Wenger “I’ve seen the industry move in that direction almost entirely.”

While several “organic” lawn care services operate within the county, he says only a small fraction of his customers opt for his firm’s pesticide-free option.

“What organic is and what it does is generally misunderstood by the public,” says Wenger “Whenever I talk to somebody and ask what they mean by organic, they usually say, ‘We don’t want any pesticides used.’ They really don’t understand what a pesticide is. I then have to explain to them what a pesticide is.”

Whether private property owners are knowledgeable about lawn care and lawn care products is an open question. Supporters of 52-14 (including a group known as Safe Grow Montgomery County, claim to have generated 4,700 letters and petition signatures favoring the ban’s passage.

By contrast, the county council claimed it received only 619 letters from residents opposing passage of 52-14.

A coalition of green industry professionals and their allies led by Responsible Industry for a Sound Environment (RISE) campaigned tirelessly against passage of 52-14.

Wenger says when the law banning pesticides for private property goes into effect it will produce dire consequences for professional application companies, for property owners and for the environment.

“Why would our customers stay with us if they can’t get the results they want because we can’t use products that are effective,” asks Wenger rhetorically? “It will put those of us who are trained, licensed and regulated out of business.”

Wenger says property owners will still be able to buy pesticides at all of the usual retail outlets, and some of them will use them on the sly. The question is, will they use them correctly? Will they keep strict records, like professional applicators must do? Will they target their applications? Will they take into account factors such as rain and winds? Will they tell their neighbors they are using pesticides? He thinks not.

Where does the industry go from here concerning 52-14?

Nothing is “off the table” in the industry’s efforts to oppose implementation of 52-14, reports Tom Delaney, Director of Government affairs for National Association of Landscape Professionals (NALP).

“We get a few years to get used to the bill and to better understand it and get some clarity around its language,” adds Reardon of RISE. She is referencing the January 1, 2018, date for the pesticide ban going into effect for private property.

“It will be up to the regulated community to define what the law means. Certainly, we’re considering all options available to us,” she continues.

Even so, she and other opponents of the bill expressed surprise that the industry didn’t generate a stronger voice opposing the bill in the months it was being debated.

“We had a great core group that was committed to this for two years, but many in the industry did not join our coalition or support our efforts,” she reflects.

What do you think?

Left largely unanswered is the question of whether the county even has jurisdiction to pass such a law.

While Maryland is one just a few states that does not pre-empt local governments from passing their own pesticide use laws, when the council sought an opinion from the state attorney general, the response from that office was that the council was overstepping its authority. But the council plowed on, relying on the advice of its attorney.

Is passage of 52-14 yet another case of a government entity saying to its constituents: “We’re going to make a law to protect you from yourselves. We know what’s right for you—even better than yourselves, in fact.”?

How could this have turned out differently?

What can be done to fix the situation?

Will Montgomery County’s action inspire similar legislation in other counties?

What do you think?