David Swartzel, golf course superintendent of the Bedford Springs Resort, Bedford, Pa., says, “I’m drawn to golf course management with attention to the fine manicuring details of a high-end course. I don’t want a place that just mows. The fine, meticulous work is an art, but it’s a science to keep grass alive when mowed to 1/10 of an inch.”

Opened a year ago, it took $8 million plus the teamwork of numerous experts to revive this classic golf course to its present splendor.

Faced with restoring this historic course created by three of the grand masters of golf course design, Forse realized it was a daunting task, but says, “It was a joy to do.”

One of the oldest golf courses in North America, the Bedford Springs course was originally designed in 1895 by Spencer Oldham. The 6,000-yard, 18-hole course featured his geometric style and included “chocolate drop” mounds, and serpentine and doughnut bunkers. In 1912, A.W. Tillinghast redesigned the course and converted it to nine holes. His famous Tiny Tim hole, now number 14, highlights the “Alps,” a series of 2-foot-high, 10-foot-diameter mounds. Donald Ross’ redesign in 1923 expanded the course back to 18 holes. Noted for its naturalness and small greens, this classic “springs course” imparts a flowing feel. A major challenge for Forse Design was to shape three styles of architecture into a pleasing unit, while retaining the footprint vintage features.

With a retro rebuild, every existing tee, green, bunker and fairway needed to be reconstructed. Holes 17 and 18, taken out during the 1970s, had to be built in their entirety and look as if they had been there for 100 years. “That tested our mettle as architects,” Forse says.

Today’s superintendents have better turfgrasses, irrigation and equipment. The renovated rootzones of the putting greens, using 80 percent crushed high-quality silica sand from nearby Mapleton, Pa., and 20 percent peat, follow U.S. Golf Association specifications. The bunkers use sand from Tri-Star in West Virginia. The fairways and tees feature a bentgrass blend comprised of half Seed Research 1119 and 25 percent each of Southshore and MacKenzie. The bentgrass on the greens is from Tee to Green, half A-1 and half A-4. Kentucky bluegrass is used in the first cut of rough, bunker complexes and greens complexes. The second cut uses turf-type tall fescue. Fine fescue and blue sheep fescue cover the natural mounds. Pleased with the performance over a year’s time, Swartzel, who chose the turfgrasses, says it’s not often that a superintendent can select the better varieties from the new genetics. “It’s working really well,” he notes.

Swartzel’s crew numbers 20 in the peak season. The fairways are trimmed to 9/16 inch. Walking mowers are used for the greens, tees and approach, and reel mowers ensure the cosmetics of the greens. The “Alps” receive the fly mower treatment. The resort has a lease package with John Deere, which includes a variety of equipment. Husqvarna trimmers shape the bunkers. Continuous equipment maintenance limits potential disruptions to the appearance of the course.

The state-of-the-art Rain Bird irrigation system is computer-controlled. Water from natural springs on the property goes through 1,100 underground sprinklers. Because of its high pH, the water gets treated, and, although the springs contain dissolved minerals, no filter is needed. A SynaTek system is used for fertigation. Swartzel occasionally supplements the scheduled routine to keep the turfgrass in top condition. Fungicides are used when the weather warrants them.

The greens and tees are aerated three times a year, and the fairways twice, using a sweeper to collect the cores on the fairways. Weed controls are employed as needed.

Although trees were trimmed and, if necessary, removed with the renovation, monitoring of the old oaks, sycamores, poplars, maples and others continues. Swartzel has four people dedicated for the grass grooming and flowers on the hotel’s lawn and entrance.

Before any renovation could begin, Shober’s Run had to be addressed. A tributary of the Frankstown Branch of the Juniata River, this stream flows throughout the course and must be a part of any golfer’s strategy for over half its holes.

Without major rechanneling of this stream, none of the design, construction or maintenance would be successful.

In the late 18th century, a grist mill with a dam was built on Shober’s Run roughly .25 mile downstream from the area that later became the Bedford Springs Resort. A report contracted by LandStudies, Inc. of Lititz, Pa., estimated that the dam likely breached at least by the 20th century. Put simply, these factors led to frequent flooding, profound erosion along the stream and ultimately unstable soils. In the golf course, over 3 feet of legacy sediments had built up from 100 years of silt deposits in the stream’s channel and valley floor.

LandStudies planned how to excavate the floodplain to its pre-Colonial settlement elevation, reroute the stream for a natural flow, create wetlands and install native plants to restore the ecological balance.

Nick Mazzella, business manager for Frontier Golf, who handled the construction, says the greatest challenge was the eight-month time frame for the project’s completion. Frontier directed a crew of 100-plus, employing a second shift and then a night shift to perform this feat. Experienced in restoring Ross and Tillinghast courses, Frontier integrates their study of vintage photos and descriptions with GPS data.

Because the site was so wet—many other springs were discovered during the project—Frontier hauled rock for the heavy equipment to be able to obtain access and to provide temporary causeways on Shober’s Run.

Seven bridges were taken down and rebuilt. Over 6,000 feet of the stream channel demanded clearing. A 4-foot-deep, 80 to 100-foot-wide strip was removed and a proper floodplain rebuilt. This involved about 70,000 cubic yards in the rechanneling. Even Shober’s Run fish, first relocated to a diverted stream, were returned to the new main stream.

Andrew Donaldson, LandStudies’ project manager, comments, “The forward thinking of the owners of the Bedford Springs Resort was a major reason for this project’s success. With this project, they not only realized reduced maintenance issues and costs along the water course, but also the environmental benefits of improved water quality through reduced stream bank erosion, creation of floodplain wetlands, ground water recharge and improved biological habitat for trout stocking. And, they maintained the aesthetic appeal and integrity of the historic golf course.”

Prior to the project, 1 inch of rain shut down the course. Now, the new wetlands can handle downpours of 3 and 4 inches.

Mitigation, required by Pennsylvania’s Department of Environmental Protection, mandated 2 acres. With this project, 9.2 acres were realized.

Forse Design elevated several fairways to facilitate drainage. Also, recontouring flattened some of the slopes. Jim Nagle of Forse Design observes that the game has changed over the past century, “The equipment, including the clubs and balls, as well as the players and maintenance, have evolved.” He adds, “The strategy, risk and reward still exist.” From an architect’s viewpoint, Nagle notes, “Monotony and uniformity are the enemies. The course should look like nature created it.”

Frontier Golf followed the design plans, essentially rebuilding each hole to modern drainage, irrigation and turfgrass standards. Ensuring that the vintage features retain the irregularity to resemble the original appearance, required innovative use of today’s machinery. For example, the more than 80 Ross bunkers were built with an excavator/knuckle bucket to enable changing the angles, creating the small valleys and cutting in the saddles for the classic feel. Mazzella says, “We may push with a dozer, but we always finish shaping with an excavator.” Swartzel says of the results, “They have that irregular look with steep drop-offs.”

The awards accumulated by the team members of this project attest to the end results of a natural-looking course, modern where essential, yet allowing today’s players the thrill of an historic golf course’s challenges.

Head Golf Professional Ron Leporati sums it up, “If you want the ultimate golf condition and the complete pampering experience from a service standpoint and tremendous variety of golf holes, along with the unparalleled pedigree of architects, I can’t see a reason to go anywhere else.”

The author is a writer-researcher specializing in agriculture. She currently resides in central Pennsylvania.

Known as the Palace in the Wilderness, the Bedford Springs hotel opened as a 24-room inn in 1804. Guests were interested in its mineral springs, and within 40 years it achieved luxury status, attracting the social elite. Notable guests include seven U.S. presidents, from Andrew Jackson to Ronald Reagan, plus industry titans such as Henry Ford. The U.S. Supreme Court met at the hotel in the middle of the 19th century to discuss the Dred Scott case. During World War II, Japanese diplomats were interned there.

Decades of neglect compounded by persistent, periodic flooding of Shober’s Run had left the once-majestic golf course in an unfortunate state. The hotel, too, had suffered from disrepair and the ravages of time and closed in 1986. In fact, the resort in 1984 was declared an endangered historic landmark.

The commonwealth of Pennsylvania supported the preservation of the Bedford Springs Resort, and in 2004 new owners initiated a $120 million restoration of the hotel, spa and golf course. Expanded and restored to its original grandeur, the 216-room resort opened in 2007. Situated in the Cumberland Valley near Bedford in the south-central Pennsylvania Appalachian Mountains, it again lures guests seeking supreme comfort in a relaxed, natural setting. 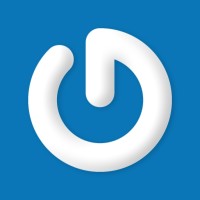 About the Author Dorothy Noble