Home » Maintenance » At Desert Mountain, The Grass Truly Is Greener

At Desert Mountain, The Grass Truly Is Greener

With seven golf courses to choose from, the members of Desert Mountain—the exclusive Scottsdale, AZ luxury community and private club—are never at a loss for chances to tee it up. But as of this fall, thanks to some changes in the grasses used and maintenance procedures, those courses are greener, more environmentally friendly, and offer more playing experiences than ever.

“All seven of our courses are open and green from November 1 to June 1, which is when the most members are here and the weather is spectacular,” explained Shawn Emerson, Desert Mountain’s Director of Agronomy. “We asked the question, ‘Would our members rather play golf in October or August?’ We decided to switch some of our courses to cool-season grasses so they can play all year-round on the best possible conditions.” 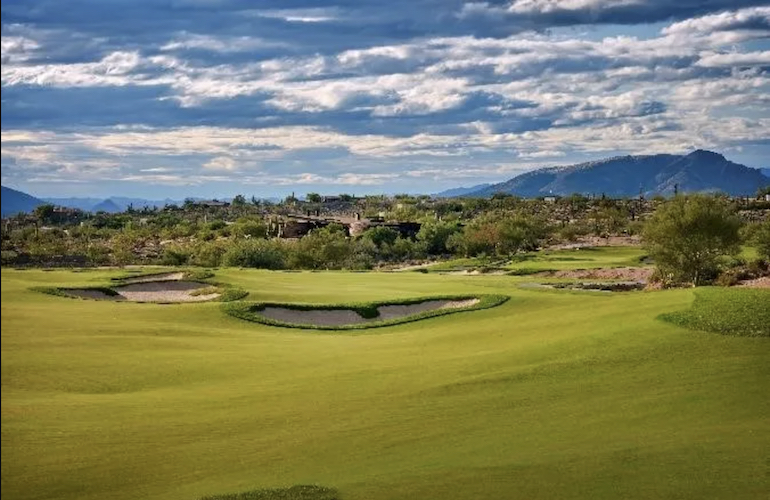 To accomplish that, some of the golf courses have been re-grassed while others stayed as they were, with a Bermuda grass base. This creates greater variety while allowing alterations to the maintenance schedule, so more courses are open and green at the best times.

It also gives Desert Mountain the distinction of not only having the most golf courses in the Arizona desert, but the greenest courses in the desert, as well. Particularly as the weather gets more comfortable, members return from summer travel, and the golf season gets rolling.

“Until two years ago, all our courses had warm season Bermuda grass fairways and tees, which had to be overseeded in the fall,” said Emerson. “They were all good at the same time, but they also had to go through 30-40 days of transition at the same time during the month of October; arguably the finest weather month in Arizona! By changing grasses, we can make them peak on a varied schedule that’s better for our members and always provides golf access.”

The changes began when the Renegade course—one of six Jack Nicklaus Signature Courses on the property—was renovated before the 2019-20 season. At the same time, a new par-3 course debuted, No. 7 at Desert Mountain.

“Both have fairways of bent grass, which is a cool-season grass,” said Emerson. “When we saw they were very successful, we converted two of the other Nicklaus courses, Apache and Chiricahua, to another type of cool-season grass, rye. The results have been terrific.”

Meanwhile, the other Nicklaus courses—Geronimo, Cochise, and Outlaw—feature Bermuda grass, a grass that thrives in the summer, which is overseeded with rye in the fall.

“With the new schedule, all the courses are green and open from November 1 to June 1,” said Emerson. “All the courses have to close at some point for two months, but now you can walk on Desert Mountain any month of the year and play on more than one green, high-quality course. No one else in the entire state of Arizona can provide that.”

It’s an especially nice benefit in the fall as conditions become perfect for golf. Having wall-to-wall green means stellar playing conditions at the most favorable time of the year. But for many other area clubs, October means overseeding, with courses having to shut down or otherwise inconvenience their members. Not at Desert Mountain.

Members and the club have seen other benefits, as well.

The cool-season courses are less expensive to maintain without overseeding, which demands extra preparation, seed, fertilizer, and staff. Water use is also down—Emerson estimates 5% to 10% per course—which is significant in the Arizona climate.

And both rounds played and new memberships are up.

“The members are happy,” Emerson reported. “Due to Covid we played more rounds than ever May through August. We were able to do that because the courses didn’t have to transition and they were in better condition.”

The variety of grasses gives Desert Mountain members another bonus, according to Emerson.

“They can come to Arizona and play all the grasses they’ll find in the other 49 states,” he said. “We have the same grasses as New England, Chicago, Oregon, Florida, and Texas. And they can pick a course that best suits their game, so if they like to hit a 9-wood and need a surface with more fluff, they can find it.

“We want to provide more green golf for our members and we don’t want to spend more,” Emerson continued. “This system checks all the green boxes.”

Want to talk about turf renovation with fellow lawn care and landscape professionals?

Join the discussions in the Turf Renovation Forum at www.expired-link.com.

Previous post Portable Sanitation Spray For Crews On The Go 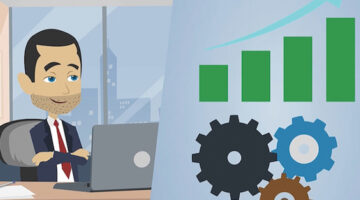