The 2021 grass seed crop is going to be very interesting as inventory stocks on many turf, forage, and cover crop seed species are at all-time lows, according to GO Seed of Salem, OR. The current drought in Oregon is affecting the industry.

Oregon is the world’s major producer of cool-season turf grass seed on nearly 1,500 grass seed farms. The Willamette Valley alone, collectively produces almost two-thirds of the total production of cool-season grasses in the U.S., according to Oregon State University.

The Oregon seed industry will be working diligently to try to get as much seed out as quickly as possible, but there will be issues. Production fields looked rough going into the winter and many fields didn’t look a whole lot better coming out of it. The damage last summer/fall from voles was real and devastating. The current drought in Oregon also offers a dim outlook since growers are at the period when moisture is critical for seed development.

Below is a table that shows the precipitation in Salem, OR over the last five crop years.

When looking at precipitation there are two critical periods for seed production, fall and spring. The rainfall received between November- February is largely irrelevant as the grass plants are generally in winter dormancy. The Fall period is more important for tall fescue than other grasses, since precipitation is needed to develop new tillers prior to vernalization. (Seed yield from tall fescue can be estimated by the number of new tillers heading into the middle of January.) The Spring period is important since that precipitation ultimately allows the seed crop to develop.

When you consider 2020-21 averages compared to the five-year average, the critical Fall period only received 45% of the average rainfall. This spells potential bad news for the tall fescue crop. Additionally, the Spring critical period received only 48% of the five-year average. These two deficits are likely to lead to a smaller crop than average on the dryland acres, which constitutes the bulk of the Willamette Valley production.

There is a glimmer of hope since much of May’s rainfall was concentrated during the third week. This should provide enough moisture in the soil for the tall fescue crop to get thru pollination and keep the perennial ryegrass from getting too stressed. Also, the seed harvested this season should be cleaner than normal as growers have had a plethora of dry days for spot spraying out contaminants.

To help combat issues such as climate change, GO Seed has named Dr. Shannon Cappellazzi to lead its research into sustainable seed solutions.

Capellazzi served as The Soil Health Institute’s lead scientist for the North American Project to Evaluate Soil Health Measurements. “Shannon is one of our country’s most highly respected scientists in the field of soil health analysis,” said Go Seed co-founder and president Jerry Hall. “Leveraging her expertise in soil and plant relationships and her wide network within the agricultural research community, we’re going to be able to understand so much more about the impact of products and current management practices on the environment.”

GO Seed has been on the forefront of regenerative agriculture research and products and Cappellazzi is looking forward to her research having an impact on its cover crops, forage, and turf products. Hall and Capellazzi are also interested in conducting research on reducing greenhouse gas emissions associated with maintaining a turf; developing flowering products to increase pollinator habitats; and promoting carbon sequestration.

“The ecosystem benefits that turf can present are currently being glossed over,” said Hall, who will continue to head GO Seed’s breeding programs. “Shannon’s research will enable us develop seed varieties that will minimize the amount of water turf is using and reduce the need to mow from weekly to monthly.” Hall noted that recent research in Arizona has shown that green lawns can mitigate ambient temperatures by a several degrees.

The GO Seed 2021 Crop Report was written by Felipe Gonzales. Click here for the original report. Graphics from GoSeed site. 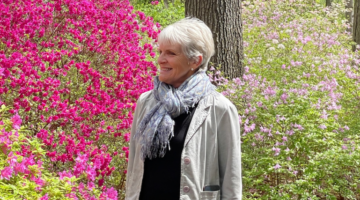 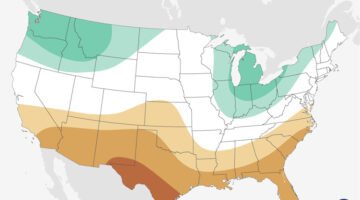