The University of Maryland conducted research on microclover, smaller varieties of white clover, in combination with turf-type tall fescue. 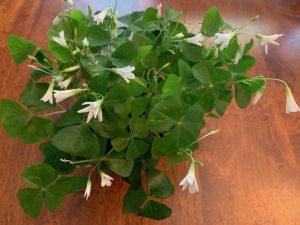 It’s St. Patrick’s Day and shamrock decor will be in abundance! And though it’s a botanical mystery as to which exact plant species the shamrock symbolizes, here in the U.S. we generally think of the Dutch white clover (Trifolium repens) found in many  lawns. (False Shamrock, or Oxalis regnellii, pictured right, isn’t actually clover, and is what you will generally see sold in grocery stores and nurseries.)

A perennial plant, white clover is native to Europe, and shows up in turfgrass by way of seed dispersal, according to an article by Christa Carignan, Maryland Certified Professional Horticulturist, Coordinator, University of Maryland Extension Home & Garden Information Center. Here’s more from Carignan: Prior to the introduction of broadleaf herbicides in the 1950s, clover was a valued component of lawn seed mixtures for its ability to fix nitrogen, enrich the soil, and improve turfgrass growth. Clover also adds diversity to lawns and provides food for bees. 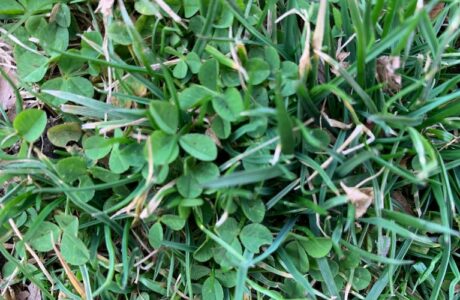 All clovers are legumes. Through a symbiotic relationship with Rhizobium soil bacteria, legumes are able to transform atmospheric nitrogen gas into an organic form of nitrogen that can be used by plants. In 2019, the University of Maryland conducted research on microclover, smaller varieties of Dutch white clover, used in combination with turf-type tall fescue. Trifolium repens var. ‘Pirouette’ and ‘Pipolina’ have smaller leaves, fewer flowers, and a lower growth habit. They also have a less aggressive clump-forming habit. Here’s what the University of Maryland study found:

Even with pros and cons, people are rediscovering clover in an effort to use less chemicals in their yard. An article this Fall from George and Becky Lohmiller in the Farmer’s Almanac, pointed out a few more advantages of white clover in lawns: it’s a rapid spreader that crowds out broadleaf weeds; and it’s among the first plants to green up in Spring. Here are their tips for planting clover in turfgrass: 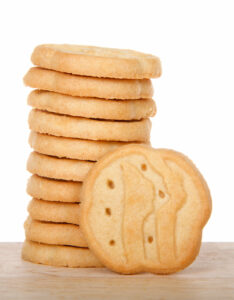 A white clover leaf, generally, only has three leaflets – which is why the species name is Trifolium; ‘tri’ means three.” According to  livescience.com, “There are about 300 species in the clover genus Trifolium, or trefoil.” (Suddenly, the Girl Scout cookie Trefoils® makes perfect sense! It’s shaped like the Girl Scout symbol of a clover.)

So if Trifolium repens has three leaves, how do we get lucky four-leaf clovers? “Four leaf clovers are believed to be mutations of the white clover. They are also said to be quite uncommon, with only about 1 in 10,000 plants producing a clover with four leaves,” writes Nikki Tilley, author of The Bulb-o-licius Garden, in a post on gardeningknowhow.com.

She continues, “So if it’s been said that about one out of every 10,000 clovers will have four leaves and nearly 200 clovers are found in a 24” square plot, what does this mean exactly? And what are your chances of finding four leaf clovers? Simply put, in an area roughly 13 square feet, you should find at least one four-leaf clover.

According to the website of the Guinness Book of World Records, the most leaves ever found on a clover stem is 56 and was discovered by Shigeo Obara of Hanamaki City, Iwate, Japan, on 10 May 2009.

Next post Need A Surety Bond? 4 Factors That Impact Cost For Contractors 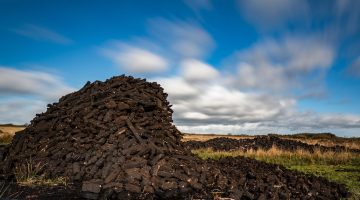 What Exactly Is A Shamrock? No One Knows! 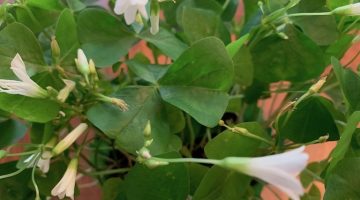