Dogs Sniff Out Plant Disease To Save Florida Farms 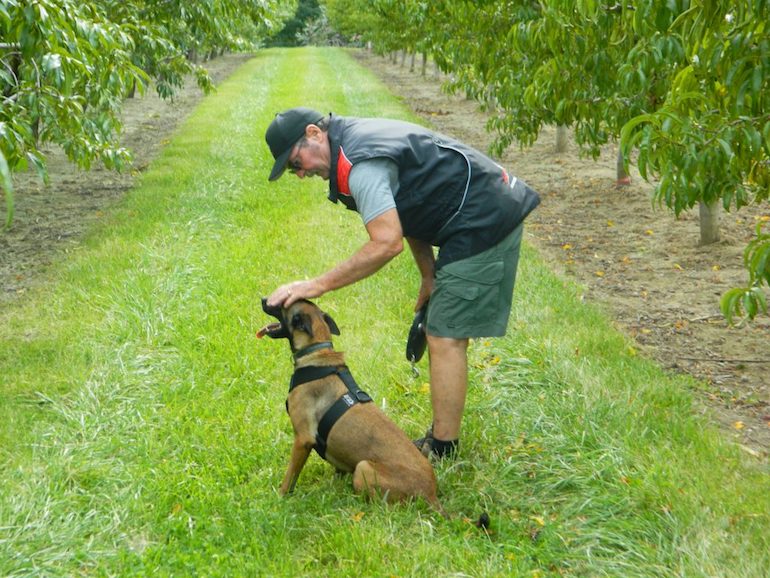 Dogs receive praise when they have identified a tree with HLB disease. Photo: F1 K9 Gallery

Imagine if bringing your furry best friend along to a job site also helped you diagnose plant and tree diseases in the landscape! For agricultural farms at risk of devastating Huanglongbing (HLB) and Plum Pox Virus (PPV), this is just what is happening.

A recent January 14 Washington Post article (“Dogs are helping save Florida’s citrus groves from a devastating disease,” by Duncan Strauss) profiled how one outfit, F1 K9, is providing dogs to citrus farmers to sniff out HLB disease. According to the article, since HLB surfaced in 2005, it has caused a 75% decline in Florida’s citrus industry and forced nearly 5,000 growers out of business. As a result, the USDA has been studying dogs ability to detect the disease and found that they do so with 99% accuracy.

The other HLB detection methods, visual inspection and lab testing, are less accurate and require the plant to be further advanced in the disease. Tim Gottwald, a plant epidemiologist with the U.S. Department of Agriculture, told the Post the dogs are “far, far superior” and “are detecting [HLB] months to years earlier than the two prevalent methodologies.” According to Gottwald, a computer model found early detection by dogs, followed by removal of infected trees, can keep orchards profitable over a 10-year period; while the other methods result in operating at a loss within one to two years. 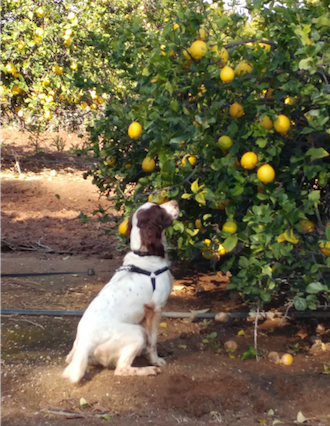 A dog will sit down when it detects a tree with HLB. Photo: F1 K9 Gallery

The dogs race among the trees and sit under those where they smell the disease. It takes only two to three seconds for dogs to smell the disease, says their handler. In the Post article, Bello, a springer spaniel, and three other dogs flagged about 25 diseased trees on a farm in Perry, FL.

The F1 K9 site states, “According to many researchers, canines are the breed that are perfect for helping out farmers who need assistance in dealing with diseases that attack their crops. The only condition is that the infected plant has to be at least two to eight months old, to allow the breed to sniff out any type of virus or bacteria attacks. However, if the criteria is met, then these dogs can be your new best friend in developing farming strategies to eradicate any epidemic strikes.”

Want to talk about Tree Care with fellow lawn and landscape professionals? Join the discussion in the Tree Fertilizers, Pesticides, and Diseases Forum at www.expired-link.com.

Next post The EMBSX: A New Roll Under Mower Sharpener 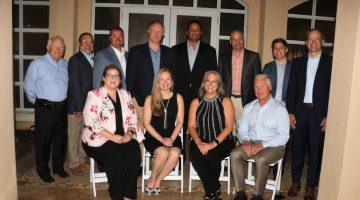 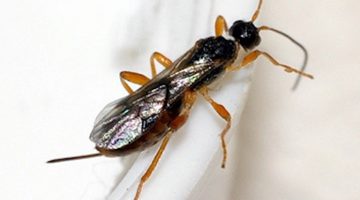 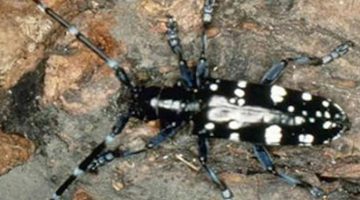