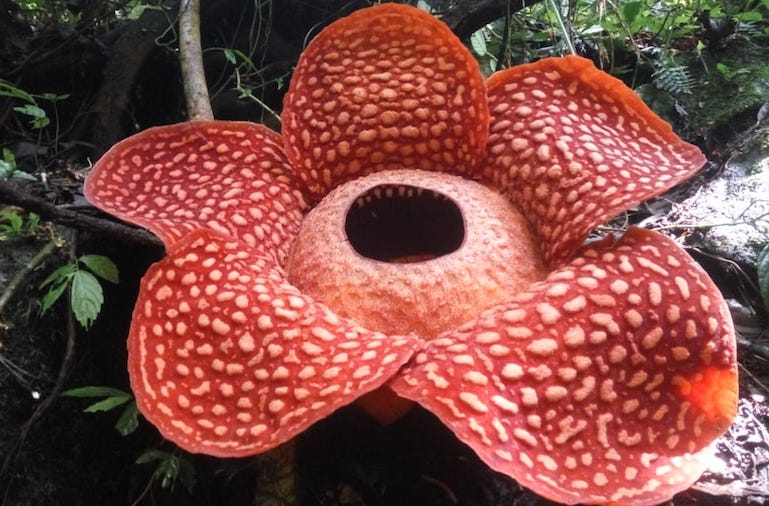 With December holidays over, January seems to be starting off with a nod to Halloween in Indonesia. According to the Natural Resources and Conservation Center in West Sumatra, the largest flower ever recorded, at 3.64 inches in diameter, was found last week in the forest area of Maninjau Natural Reserve. So why is that creepy?

It’s a rare and protected species of rafflesia, also known as corpse flower, meat flower, or monster flower, due to its smell of rotting meat (meant to attract flies for pollination). Parasitic, the rafflesia has no stems, leaves, or roots, and lives off a host vine.

Officials had been monitoring the plant since late December and it began blooming on New Year’s Eve. Unfortunately (or fortunately?!) blooms are short lived, lasting only about a week. Interestingly, the same plant held the previous record for largest bloom, with one reaching 3.5 inches in diameter at the end of 2017.

Though very different in appearance, the rafflesia is sometimes confused with another plant, the Amorphophallus titanum, or titan arum, which also shares the common name of corpse flower due to a similar smell. Titan arum has made news in recent years with a select few individual plants blooming at the New York Botanical Garden (NYBG), one most recently in June of last year. The titan arum is known for the largest unbranched inflorescence (a central spike, or branch, from which the flower blooms) in the plant world, reaching as tall as 12 feet, according to NYBG. To learn more about titan arum, visit NYBG. 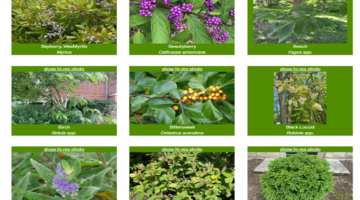