Just this past April, Turf reported on the South Slough National Estuarine and Research Reserve in Oregon asking coastal residents to survey their properties and remove pampas grass. The grass, which is often used in landscaping, spreads by seeds and can become an invasive species in fragile coastal ecosystems. More than 5,000 of the plant were recently removed from the Reserve.

Now, Forest Service officials in North Carolina are asking residents, especially those in Madison County, to also learn to recognize and control pampas grass, regionally known there as “wildfire grass” for its ability to fuel massive wildfires.

On the west coast, species of concern include Cortaderia jubata and C. selloana. The two species look similar, with tall stalks that can reach 6′ – 23′ in height, and large flower plumes that spread out at the end of the stalks. The plumes vary in color from deep purple, to pink or light brown. In the eastern U.S. and North Carolina, it’s miscanthus sinensis, also known as Japanese pampas grass or Chinese silvergrass, that can be problematic. A densely bunched grass that can grow 5′ to 10′, Miscanthus has green or variegated horizontally striped blades and showy, fan-shaped, silvery to pink plumes that emerges in late August to early September and mature in early fall. All the grasses mentioned above are in the same Poaceae family. 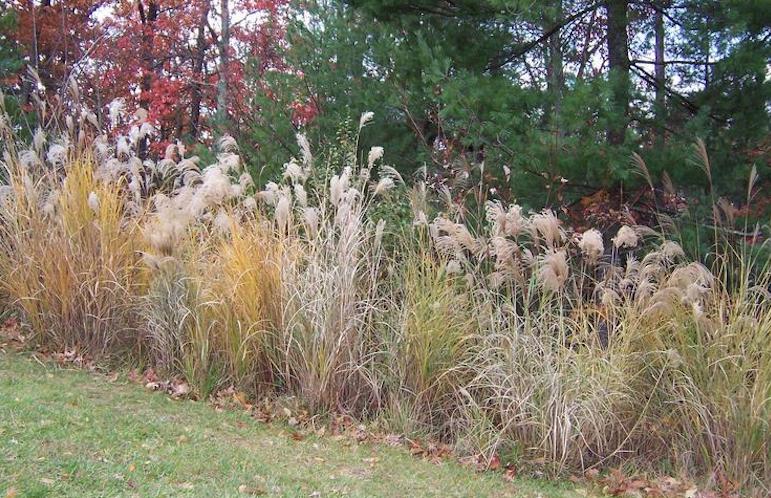 According to the North Carolina Forest Service, Madison County has extensive Miscanthus infestations that are quickly spreading. Last year, 80% of the County’s wildfires occurred in the Mars Hill Fire District, where infestation is the worst.

Reproducing through wind dispersed seeds and rhizomes, Miscanthus can easily spread from ornamental plantings to farm fields and roadsides where it smothers native grasses and shrubs and destroys critical wildlife habitat. Highly flammable, it also creates a serious wildfire hazard, in some cases creating fires hot enough to scar and kill standing timber. However, fire doesn’t kill Miscanthus because of its large root systems. Fire almost always encourages it, reports the NC Forest Service, while killing off any competing vegetation.

So how can you get rid of Miscanthus? According to the NC Forest Service :

It also helps to cut down the Miscanthus before it goes to seed as shown below. 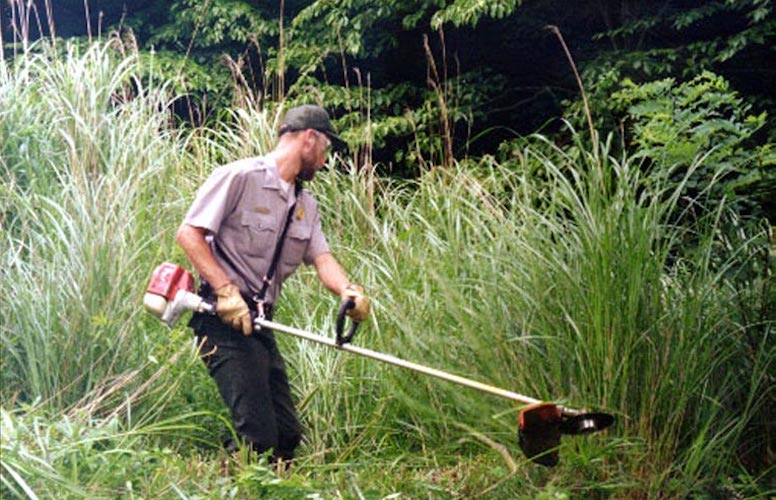 For more information and photos of Cortaderia jubata, Cortaderia selloana, and Miscanthus sinensis, go to the Invasive Plant Atlas of the U.S. The site is a collaborative project between the National Park Service and the University of Georgia Center for Invasive Species and Ecosystem Health.