Nate Kohn, of Nate’s Landscape Company in Belgium, Wisconsin, started growing his landscape business when he was just a kid. But it wasn’t until he had graduated high school that he began adding snow services to increase his revenue. His first commercial snow clients included a gas station, a small manufacturing facility, and an apartment complex — and with those three clients, Kohn recognized the potential. In 2012, he phased out design/build in order to focus more strongly on the renewable revenue from commercial snow and ice control. Recently, Kohn came up with the idea for a system that would allow him to store and spread salt right on the job site via a skid steer — eliminating many of the efficiency roadblocks that stand in the way of profitability. Kohn took the idea to BOSS Snowplow who partnered with him to engineer and design the QuickCube System — released this past summer. We recently caught up with Kohn to talk a little more about him and his invention. 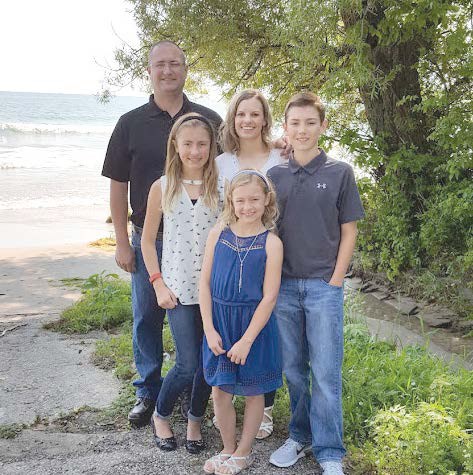 QuickCube is a response to the challenges we have in our industry. At first, the idea crossed my mind in an effort to speed up response time to our customers. If we had salt stored on our clients’ properties, we could use our skid loaders and operators that live near the sites to spread the salt. This would greatly reduce the time it takes to get a driver to our shop, load a truck and then send them out in the worst road conditions. 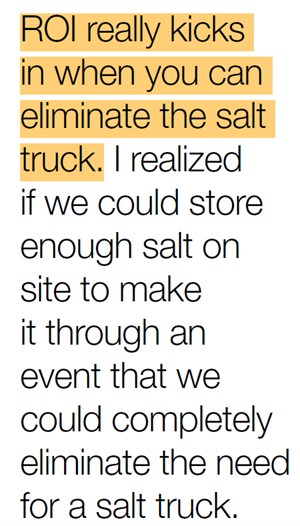 This system is all about efficiency. A QuickCube System consists of 1,000-pound capacity “Cubes” and a steel spreader that attaches to a skid loader. The spreader is powered through the machine’s hydraulics. The operator can spread salt that is stored directly from the Cubes through the spreader, switching from empty Cube to full Cube without having to leave the machine.

I like the feeling of being relied on — and knowing the efforts of our services are appreciated. Snow and ice control are services that are required to keep facilities like retail centers, schools, banks, and health care facilities operational and safe during the winter months. If snow and ice is not managed properly, these can be costly in the form of liability and lost revenue.

Like most snow and ice contractors my biggest challenge is labor. Finding enough seasonal help for snow services is an ongoing issue.

When I am not working, my wife Katie and I keep busy chasing our three kids around. Our family enjoys RVing and traveling to new sights as well as old favorites like Disney World.