Get To Know Brian Labrie

Brian Labrie says he had his first plow route when he was just 16 and still in high school. He calls New Hampshire snow work “one of those things that you can’t get away from — even if you wanted to.” Now, as the owner of B.H. Labrie Landscape Co., based in Merrimack, New Hampshire, snow is a third of his business. While he started out with residential work, Labrie says his focus these days is on the commercial side, adding: “the only residential drive I now plow is my own!” While he has a real love of the snow itself, Labrie says after so many years of plowing, he’s looking forward to a future of being able to enjoy the fluffy stuff. 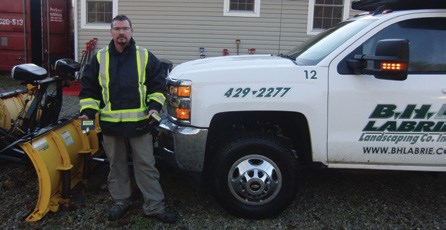 My brain is always going, and driving the plow route is a great time to think. I keep a little notebook in my center console and have learned to jot down my ideas without taking my eyes off the road. I am always brainstorming new inventions or a way to improve something we’re doing.

The idea to invent Plowguard came after a buddy told me had 12 brand-new stainless-steel plows stolen. I figured there had to be a better way to protect your investment. I’ve heard other stories of plows getting snapped right off while the driver was taking a break in a restaurant. Plowguard works by rendering the pins inoperable so that it’s near impossible to detach a plow and steal it. I sell it on eBay but make very little profit on each one. I do it more for the peace of mind it gives me that I contributed in some way to preventing the thievery that goes on every day in this industry. 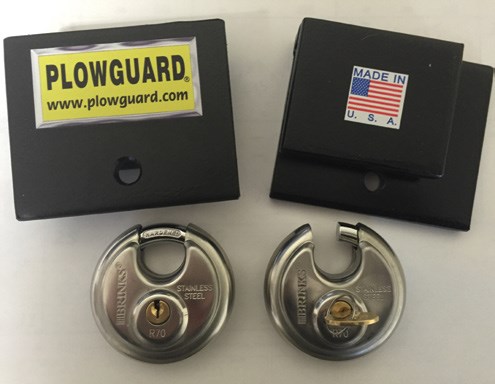 My wife packs me an amazing lunch box every time we have a big snow event. She’s phenomenal. It always has aspirin and bottles of water and plenty of little snacks. It never has too much sugar so that I don’t crash on those long nights. 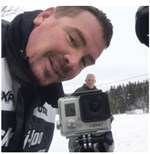 Snow plowing is a stressful job. My prescription for that stress is getting on my snowmobile. After a big storm, we’ll load up the trailers and spend some time on the snowmobiles. We’ll eat good food, have some beers, and just chill. That’s the best way to unwind. 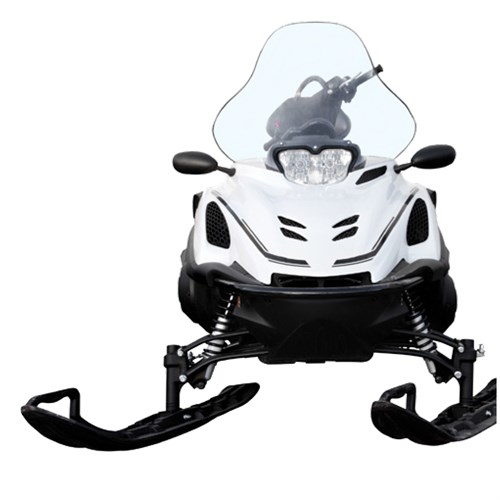 For me, plowing is a means to an end. It enables me to keep my landscape contracts. If I didn’t do both snow and landscaping in this region, I’d lose that summer work. But at the end of the day, snow plowing is a young man’s game. It’s tiring. And it’s changed a lot over the years.

My future has snow in it even though I want to eventually get out of plowing. Instead, I will continue to buy cabins in Pittsburg, New Hampshire, fix them up and rent them out. At the end of the day, there’s still that need for winter revenue. I’d like to hang up my plow and focus on my winter rentals instead. It’s still snow related, but it’s a whole lot less taxing on the human body.

Previous post 5 Ways to Prep For the Spring Craziness