How Does NYC Handle Snow? A Q&A With Chief Grayson 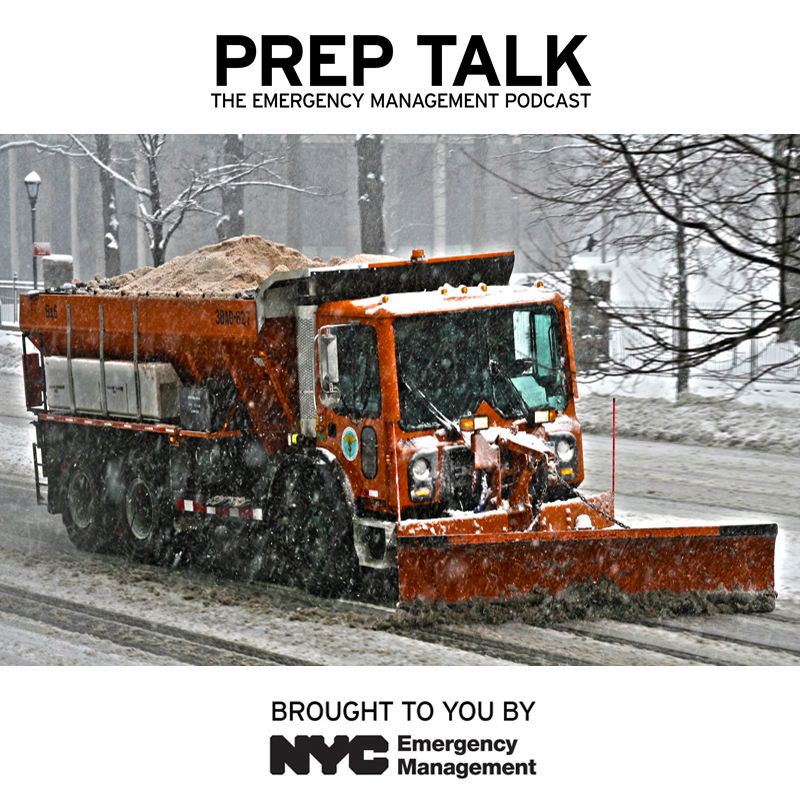 Ever wonder how a city as large and dense as New York City (which also happens to be a island) handles snow? Chief Edward Grayson, director of the bureau of cleaning and collection at the New York City Sanitation Department recently spoke about how the city readies itself for winter weather on Prep Talk, an NYC emergency management podcast, hosted by Omar Bourne and Allison Pennisi. Here’s a brief sampling of the interview edited for clarity:

What are some of the plans and procedures for snow?

We literally plan for snow all year, it’s never a downtime for us. From the end of season last April and ongoing through the final week of October. Residents have seen our [plows] driving around recently in fair weather. That’s part of our training protocols. We’ve been servicing the fleet, we’ve been training staff, we’ve been procuring supplies and tools, managing inventory, [and] working with agency partners to ensure that we’re ready for what mother nature may or may not throw at us this season.

As [to] the standard operating procedures for a storm, we have a tiered response protocol that starts with a seasonal change in the staffing dynamic that we affectionately call Night Plow. In Night Plow, we reorganize our staff into more fixed night shift posts. We have a three-watch system similar to other agencies where we put more dedicated staff on the 4:00 PM to midnight and the midnight to 8:00 AM shifts to be sure that if the forecast pivots on a dime, we have more staff in place to be able to respond quicker.

In addition to that, a key factor in storm response planning is also weather monitoring. We monitor weather constantly between our own internal resources, as well as inter-agency calls. The key to situational awareness is that weather monitoring. It is also one that, sadly, all of us mere mortals are not fully in control of. Meteorology is a science and forecasting tools and technology continue to get better and better. However, there are so many “X factors” in snow predictions that the department, and all of New York City, including our partners, have taken a real forward-leaning posture.

The safety and well-being of New Yorkers in severe weather is a core function for DSNY. The department was formed in 1881. We’ve literally had the job of snow removal as a municipal first responder for 138 years. It’s a core value of our identity as an agency. We are proud of being your heroes with the plow where the iron meets the asphalt. This is what we are truly about, and we take our role very seriously all the time.

How many tons of salt do you have available this year, and why doesn’t plowing begin at the first flake?

We start the season with just over 300,000 tons on-hand inside the city, stored at over 42 locations citywide. That seems like a lot of tons, but we also have the capacity to bring in another 600,000 tons of salt. Again, same 42 storage locations. We have had seasons where we have spread in excess of 500,000 tons of salt. That is something that we try to plan on. The key for us is supply line logistics, and having that 300,000 tons on hand at the start ensures we can keep up with demand if we get back-to-back events. That’s a critical component. Having product in the city available in real time is key.

As to plowing, we have a two-inch plowing threshold. Why don’t we plow on the first flake? Because the plow is designed to ride a little bit on top of the black top to adjust for the natural crowning of the road. If there’s nothing to push to the side, you’re really only damaging infrastructure, damaging the plow, and you’re not getting any bang for your buck.

In addition to salt, are there other chemicals you are using to pretreat the roads?

A staple we’ve been using for years to help with salting is calcium chloride. Calcium chloride is applied to the salt at the back of the spreader before it hits the pavement; it’s called pre-wetting. That’s how we’ve been treating the roadways for years.

Interestingly enough, this season we also introduced a new product that’s going to be even more beneficial. We’re going with an anti-icing product that goes out in advance of the first flake; it’s a sodium chloride brine that’s basically the liquid equivalent of rock salt. So instead of putting out a solid product and then waiting for snow to interact with it and become a brine, we are putting out a salt water brine. It can absorb right into the center of the roadway to suppress accumulations and ice accretion, which causes slippery travel.

We have dedicated areas of the city that are prone to icing. Either they have high elevations or were constructed with additional steel. We’ve been working a long time to know exactly where those vulnerable areas are, and our goal is to get out there ahead of time and keep the critical travel paths open. They’re going to have a pretreatment when conditions are right and this is a new way we’re approaching being proactive, being forward-leaning.

One of the components in storm response is the timing of the event. Is the peak of the storm happening during rush hour or overnight? We’re going to get out there on the threat of winter precipitation. We’re taking a very aggressive stance that winter precipitation could happen once it’s forecasted, and we’re going to be out there not assuming it’s coming in as prescribed, but that it’s coming in faster and sooner than we thought. That pulls timelines in. We want to make sure that we are giving the motorists the best chance to heed the travel advisories by having this layer of protection on the ground when they start.

Rapid Response Questions:
What is the one winter emergency item you cannot live without?

I’m actually going to go with common sense. But for a true emergency item, you give me salt any day. I like it.

Sum up the work you do in one word. 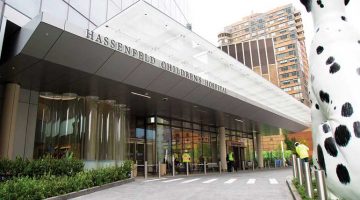