Stephanie Early vividly remembers the worst snow storm Timberline Landscaping ever had to deal with. It also was the very first storm the company ever had to handle. The blizzard of 1997 began on Friday, Oct. 24 and ran through the next day, paralyzing Colorado Springs, Timberline Landscaping‘s home base. It left at least four people dead and killed an estimated 50,000 cattle on Colorado’s eastern plains and in southwestern Kansas.

Early, assistant to Timberline Landscaping owner Tim Emick and the company’s marketing manager, recalls that blizzard as a turning point for a business eager to commit to the snow removal field.

What Timberline learned from a natural event seared into the memory of Coloradans who had to grapple with it is that a snow removal company needs a plan, needs to prep its own crew and its subcontractors, and needs good equipment. And, if need be, it has to produce its own chemical snow fighters.

This excerpt about the 1997 Blizzard published in the Colorado Springs Gazette gives an idea of the blizzard’s power:

“Terry Galbreath raised Highland cattle at his Bonny Burn Ranch near Calhan at the time; the herd of 17 crammed into the loafing shed during the storm. There was a drift from west to east that went over the horse barn, completely covering the loafing shed,” he recalled in an email. “It took me three days with the front-end loader to get the cattle dug out and make a path for them to get out to where the snow had been blown away and some ground showed. … When I finally broke through, April, our herd alpha, poked her head out and it was like ‘Storm’s over? Where the grub?’” 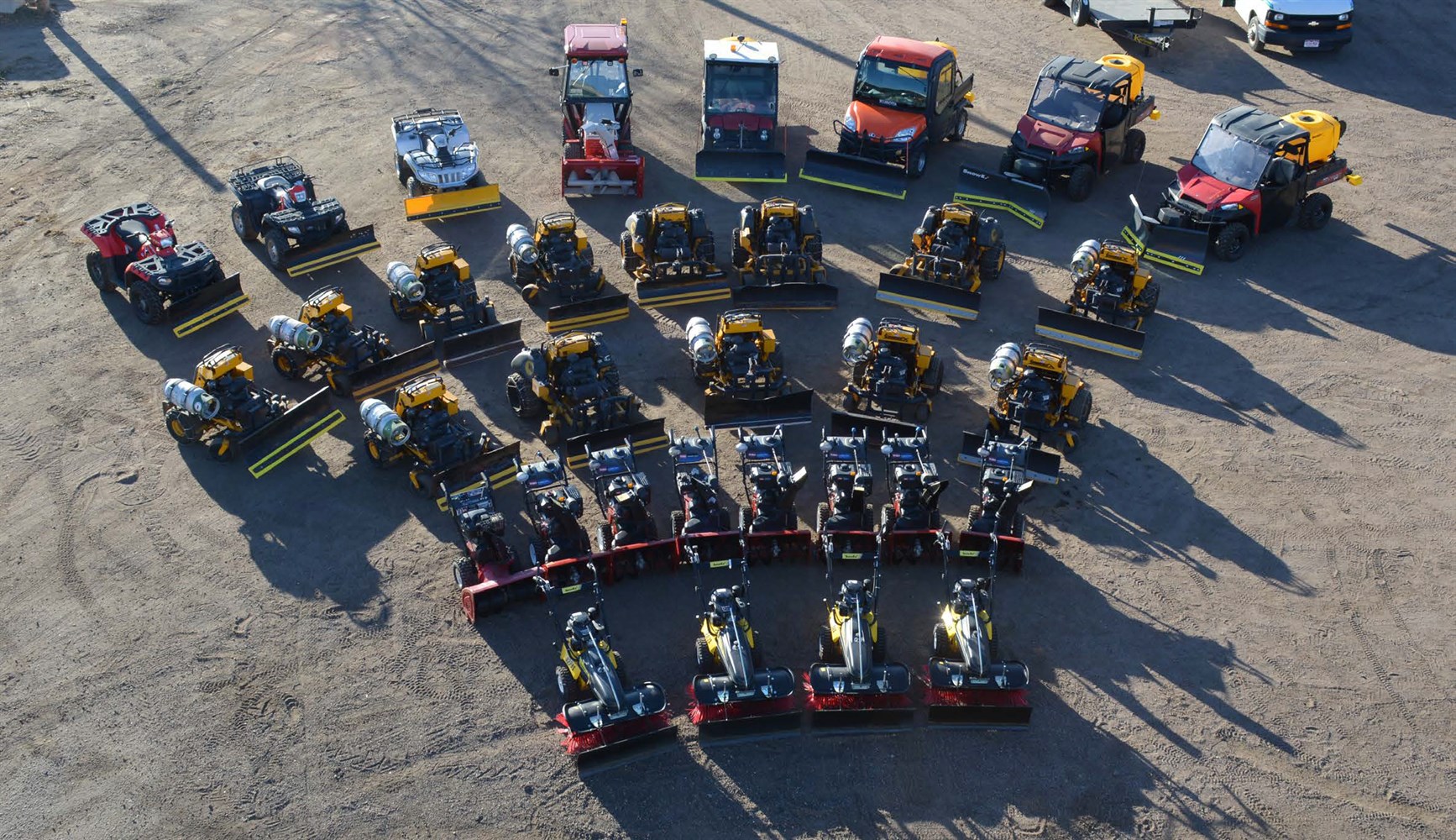 Early says that blizzard produced three feet of snow in 24 hours, with associated winds generating drifts five to 10 feet deep. “While we had been planning to become involved in snow removal, this storm launched our company headfirst into it,” she says. “Our crews were new to plow operations and were unseasoned. Starting with such a large storm was a huge undertaking, even for a company with about 95 employees during winter, as well as 15 subcontractors.” Timberline Landscaping was founded in 1982.

“Timberline has always had a ‘get the job done’ approach. Our crews tackled this in the same way. Even our president and several members of office staff aid in snow removal operations during large storms. We were able to help many stranded drivers during this storm, which was an added bonus. The entire city was at a standstill for days and our clients still remember it as one of the worst storms we have had.”

Timberline’s first storm taught the company to plan ahead, have backup personnel it can count on and take care of its own snow-fighting needs.

“We now have a detailed plan by number of inches. This allows us to know how we will respond and who will respond to each property during a major snow event or a minor snow event. This prep is done before each snow season and involves our team as well as many wonderful subcontractors. It details what equipment will be used at each property and who is on the crew. We also have backup personnel to call and try to work in shifts during major snow storms as there is nothing more dangerous than being overtired in adverse conditions.”

Developing your own expertise is critical, Early suggests. “One struggle we faced was a shortage of de-icing and anti-icing materials several years ago. It was incredibly difficult to obtain. Since then we have been producing our own salt-brine on site.” Also critical: some 120 pieces of equipment including blowers, pushers, trucks, converted lawnmowers, and a Daimler Unimog with an 8-foot-tall snow blower.