The GIE+EXPO had a record number of new commercial engines with improvements to engine design and performance.

The GIE+EXPO is the place where industry suppliers debut landscape and lawn service equipment that will be showing up in dealers’ showrooms. From year to year, manufacturers turn out equipment that is easier to use, more productive and more fuel-efficient. These improvements are generally incremental rather than transformational. Even so, they are enticing enough to lure thousands of green industry pros to the “Big Show” in Louisville for several days each October.

More difficult to assess at a glance from the show floor were the improvements to engine design and performance. Even so, engine manufacturers were no less busy in 2015. As a group, they showed up at the GIE+EXPO with a record number of new commercial engines.

Briggs & Stratton, Kawasaki, Kohler and Subaru were particularly busy expanding their line-ups of engines for commercial mowers. After a huge slump coming out of the 2009 recession, the number of commercial mowers being sold is growing again. Engine manufacturers foresee continued growth for the next several years, at least.

Since commercial mowing remains such an important revenue-producing service for so many contractors regardless of region of the country, let’s take a look at the engines the “Big 4” showcased at this past GIE+EXPO. We’ll do it alphabetically by company name. 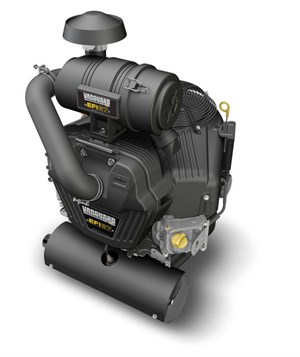 Also, Briggs & Stratton expanded its lineup of entry-level commercial engines to include nine horsepower options ranging from 16 to 27 gross horsepower in three engine models with displacements of 656cc, 724cc or 810cc.

“The Commercial Series engines are made to start on command and combat debris-related problems, that are so prevalent on many job sites, so contractors can keep their equipment running stronger all day long without interruption,” said Jim Cross, marketing manager for Briggs & Stratton Commercial Power.

Kawasaki unveiled its new 25.5-horsepower, FX730V-EFI engine at the GIE+EXPO. The company claims this is “the most technologically advanced EFI system” it has ever built. The engine incorporates a fully integrated electronic governor and an advanced ECU that instantly matches power to cutting load and ground speed. 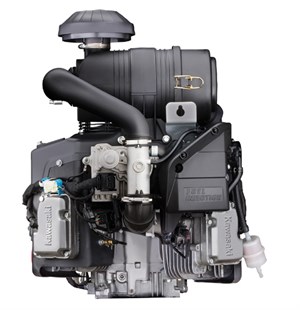 Kawasaki says its open-loop design is at the core of this system’s reliability for tough commercial use. Also, the all-new EFI is matched by a PC or tablet plug-in diagnostic system for quick, easy troubleshooting, accurate service and minimized downtime. Kawasaki has even maintained the same footprint as its carbureted engine models so upgrading to EFI is clean and easy.

Similar to all Kawasaki engines, the FX730V-EFI features the company’s exclusive SAE Certified Critical Power ensuring that engines deliver a minimum of 98 percent of rated horsepower for the needed productivity commercial users can count on.

KOHLER Engines expanded its EFI technology with the introduction of the Confidant EFI, Command PRO EFI CH440 and Command PRO EFI 999cc. The 999cc model is designed for large commercial mowing equipment as well as equipment typically found at rental houses, such as chippers and concrete saws. This new EFI workhorse will deliver up to 38 horsepower and 55.3 foot-pound of torque.

“The expansion of our EFI technology into the Confidant series, CH440 and 999cc really speaks to the strong overall demand for our existing EFI engines,” says Mark Johansen, director of marketing – gas engines for KOHLER Engines.

All three models utilize the KOHLER-designed closed-loop system, which means an oxygen sensor in the muffler continuously monitors the air/fuel mixture. If the air/fuel mixture strays from the ideal level, the sensor triggers adjustments to the amount of fuel injected into the system. 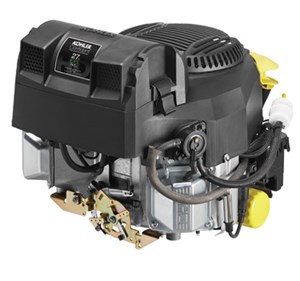 The durable new Confidant EFI line will include four engines ranging between 20 and 27 horsepower and will also encompass an option with recoil starting – the very first engine ever to offer recoil starting in combination with electronic fuel injection.

Since electronic fuel injection systems replace carburetors, downtime due to carburetor-related issues is also eliminated, including the buildup of residue that often occurs when using ethanol-blended gasoline. 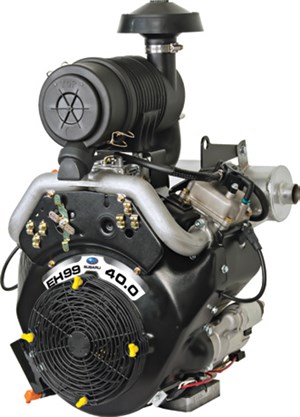 One of Subaru’s new 999cc engines.

Subaru says temperature sensors are located on the engine heads and will shut off the engine to prevent any damage from overheating due to clogged air intake valves. A dual-element air filter protects the engine from dust and reduces maintenance. The Donaldson canister-style air cleaner comes standard and has an inlet pre-cleaner.

Subaru’s annual engine production exceeds one million and the company is the fourth largest engine manufacturer in the world. 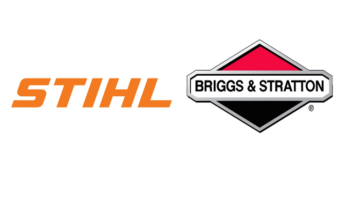