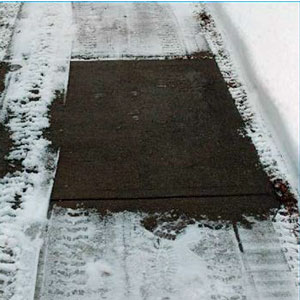 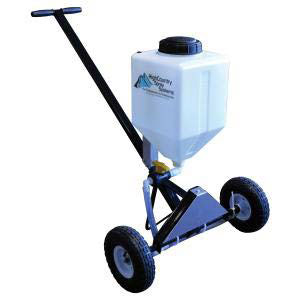 HIGHCOUNTRY
Walk About 2
The Walk About 2 is a new liquid deicer sidewalk spreader from HighCountry. The frame is all welded aluminum for strength and weight reduction. No batteries and no pumps for less maintenance worries. The unit features a large 5-gallon capacity and gravity feed. It is designed to work with all deicing liquids according to the company. 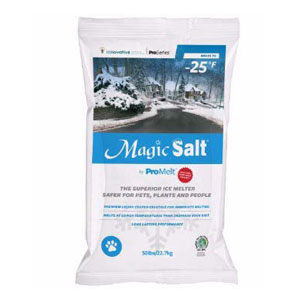 PROMELT
Magic Salt
Magic Salt by ProMelt starts to work immediately, is longer lasting and delivers results at temperatures as low as -25 degrees Fahrenheit. Treated with the Magic -0 by ProMelt liquid, Magic Salt has earned the EPA “Safer Choice” Design for the environment designation. It is available in easy to handle and store 50-lb bags. 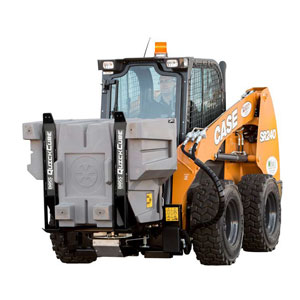 BOSS SNOWPLOW
QuickCube
The new QuickCube is a unique new skid-steerbased salting system. It utilizes weather-proof, poly cubes (hoppers) that can be filled with solid deicing materials and staged at job sites in advance. A fork-shaped spreader assembly is attached to the skid steer with a universal attachment system to pick up the filled cubes, move them and spread salt. 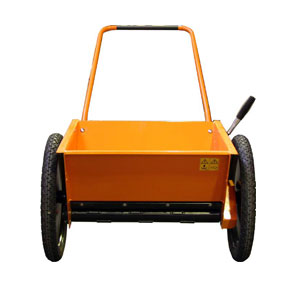 EASTERN FARM MACHINERY
Snowline MINI60
The Snowline MINI60 walk behind spreader holds up to 2 cubic feet of wet sand, sand/salt or ice melter. Spreading width is 24 inches. With its changeable cams and adjustable flow control, accurate and even application rates are ensured and product waste is minimized. 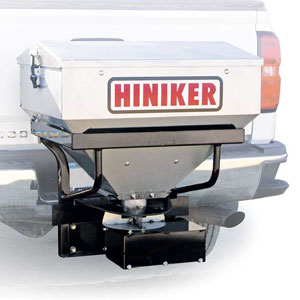 HINIKER
Hiniker SS600 and SS1000
The new Hiniker SS600 and SS1000 stainless-steel tailgate spreaders feature an in-cab variable- speed controller with blast control. The bubble auger design means the flow stops when the auger stops. Stainless-steel hoppers are available in 6 and 10 cubic foot capacities. A swing-away hitch for the unit is optional. 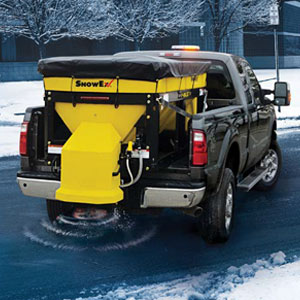 SNOWEX
V-Maxx G2
The new V-Maxx G2 hopper spreaders from SnowEx include eight different V-box models ranging in capacity from 1.5 to 6 cubic yards. The digital, self-diagnosing unit is electric powered and features a direct-drive auger transmission. The spread width is variable up to 40 feet. 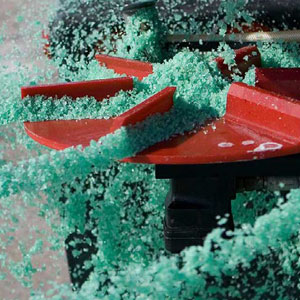 CARGILL
ClearLane
ClearLane enhanced deicer is a pre-wet sodium chloride made from a patented liquid magnesium chloride formula and mixing process. Combined with pre-wetting and deicing agents, including a PNS-approved corrosion inhibitor, a coloring agent, and a leaching inhibitor, ClearLane is a deicer for effective winter road maintenance that’s anti-corrosive and a better alternative to traditional road salt. 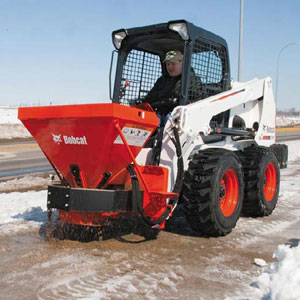 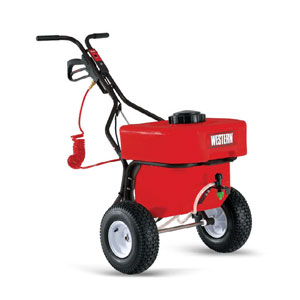 WESTERN
SS-120
The SS-120 walk-behind sidewalk sprayer applies liquid anti-icing to help prevent snow and ice from forming a bond with the pavement. The sprayer features a battery-powered electric pump that sprays up to one gallon per minute from the 12-gallon poly tank. The height-adjustable nozzle sprays up to four feet wide.