How Drones May Change Landscape Construction and Design

Consider the usefulness of using a drone for your landscape business.

Will you be flying a drone in your landscape business? Perhaps you haven’t even considered the possibility. But, don’t discount the usefulness of the technology to your business out of hand. Drones, judging by their acceptance for commercial applications in other related industries, may be something you may embrace sooner rather than later.

Before we launch into why you might decide to become a “sky pilot,” let’s clear up some of the terminology connected with this rapidly expanding technology.

Most of us are familiar with the word “drone” thanks to the evening news showing the deadly pilotless aircraft hitting targets in Syria and Iraq. This class of fixed-wing, remotely guided, large aircraft (the Predator weighs a ton) represents one end of the spectrum of the drone universe.

Populating the other end of the spectrum are quadcopters and other small (0.55 to 55 pounds) multibladed aircraft, which hobbyists are buying by the thousands each month. The Federal Aviation Administration refers to these smaller, battery-powered units as “small unmanned aerial systems” (sUAS). Alternately, they’re also referred to as unmanned aerial vehicles (UAVs). For the sake of simplicity, we’ll use the words UAV and drone interchangeably in this article.

New rules announced by the FAA this past August opened the skies to low-level, small drones for education, research and routine commercial use. The FAA in March estimated the fleet of small hobbyist drones will be more than triple from an estimated 1.1 million units in 2016 to more than 3.5 million by 2021. The agency also estimates the commercial drone fleet will grow tenfold to about 442,000 aircraft by 2021, with the number of pilots of drones expected to increase from 20,000 in 2016 to a range of 10 to 20 times as many by 2021.

Read more: How to Become Certified to Operate a Drone

Even so, the commercial adoption of drones remains nascent with most industries, including landscape contractors and nursery owners, still very much in education mode. 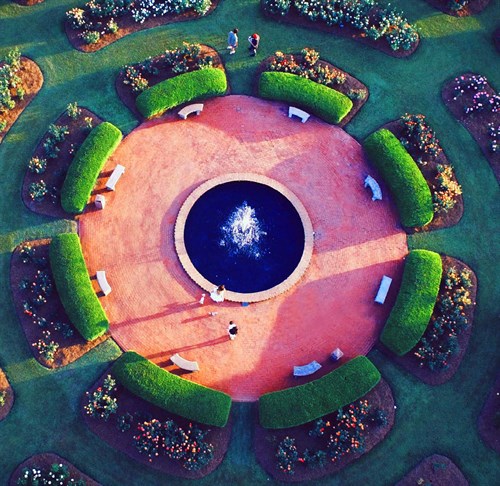 Indeed, to date, the number of landscape companies using drones commercially appears to be very small, with the majority of them employing UAVs almost exclusively for marketing. These companies use drones to share bird’s eye vistas (images and/or videos) of their stunning landscape projects.

But will marketing be the extent of the landscape industry’s interest in using UAVs? Folks that are very familiar with aerial services claim that’s taking a much too narrow view of the utility of UAVs. They point to the growing interest in using drones in allied industries, such as construction and agriculture, as paving the way for use by landscape contractors, especially those specializing in construction or maintaining sizable tree and ornamental nurseries. 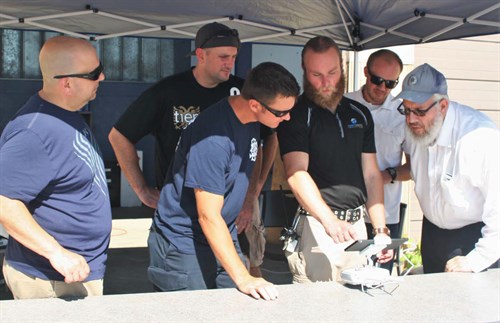 This past March, Deere, through a partnership with drone technology startup Kespry, announced it will be selling drones and related services to the construction industry. Contractors will use these services to fly over their construction sites and take pictures that assess productivity, track material usage and monitor how projects are proceeding. Kespry says its fully integrated industrial drone platform can capture topographical data in minutes with survey-grade accuracy.

Surveying any sizable building project in real time from above can be a money-saver in terms of managing labor hours, as well as equipment and material needs. Being able to easily view and monitor the progress of construction can make a big difference in bringing in projects on time and on budget, says Brendan Stewart, co-founder and president of AeroVista Innovations in Chicago.

Read more: How One Landscape Professional Puts Drones to Use

The ability to capture 3-D models of worksites is another of the more exciting uses that UAVs offer construction contractors.

“One of the growing applications in landscape design is the ability to use drones equipped with high-resolution video cameras to fly over a site, capture a three-dimensional map of the area, and import that data into a modeling tool to build out their designs,” adds Peter Spero, also of AeroVista Innovations.

“This 3-D model can be used as a sales tool (proof of concept), for materials management when determining quantity of materials needed to build hills or contours in the land, create rock walls or envision installation of different trees, bushes, flowers and other landscape elements.”

Robbins, who is writing a book on the use of UAVs in horticulture, also foresees the adoption of UAVs by contractors for “3-D mapping to estimate materials … monitoring glazing, structures and systems in traditional and retractable roof greenhouses; monitoring fence integrity; and monitoring irrigation systems and application patterns.”

Drones create a real-time monitoring system that keeps workers safer by identifying dangerous locations and behaviors, as well as deterring theft because of their ability to view equipment on-site.

“Pretty much everything we can do with a UAV is less costly, more efficient and a lot safer than doing it on ground. You’re doing all of this with a robot,” says AeroVista’s Stewart. 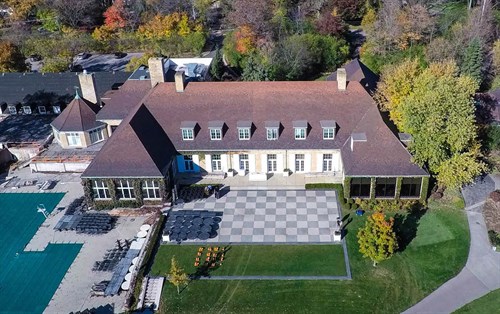 An AeroVista flyover reveals the maintained grounds of a Chicago-area country club.

From the farm to the plant nursery

Agriculture — in particular precision agriculture, because of its reliance on data — promises to be one of the most promising uses for aerial monitoring. Extension researchers at universities across the U.S. have been working with farmers, using an array of aerial sensing technologies and procedures, to assess crop health and production. UAVs can monitor a crop at literally every step of the production process from planting through cultivation to harvest.

Drones, through their ability to capture reflected light energy beyond what is visible to the human eye, can determine plant health, inventory plants, collect farm asset information, assess crop damage and even determine areas of low soil moisture.

Dr. Robbins at the University of Arkansas predicts that within five years if you are “a medium or large grower (nursery), you will own a UAV,” either for marketing imagery or for monitoring plant health.”

Anyone interested in using a drone for commercial purposes can go one of two routes — hiring an aerial service contractor, many of which specialize in agricultural applications, or gaining their remote pilot license and operating a UAV themselves.

Thoughts from a commercial drone pilot

Jacob Wiley, a commercial real estate photographer working in Southwest Florida, says learning to fly a drone is relatively simple. “The drone works off of GPS satellites and is equipped with a gyro-stabilized gimbal to keep the camera steady while it is in the air,” he says.

Even so, Wiley cautioned that flying a UAV for commercial purposes requires significant in-the-air practice and a thorough understanding of FAA rules, not to mention dealing with both regulatory and business issues related to privacy and liability. Check with your insurance underwriter to make sure you are covered in the event of a UAV mishap.

Wiley says he is now quite confident using a DJI Phantom 4 Pro model to capture dramatic vistas of estates and other high-end residential properties from “about 60 to 80 feet” in the air. He always takes an extra fully charged battery with him on shoots. He says the battery in his UAV will keep it in the air for about 30 minutes. And he always programs his drone not to stray over adjacent properties, mindful of homeowner privacy concerns.

His UAV records 4k UHD video or high-resolution images (depending on the job) that he views in real time on his iPad Mini mounted on the controller in his hands. The video or images are stored on an internal microSD card.

Drone manufacturers offer valuable tutorials, Wiley says, some of which he reviews from time to time. He adds that the internet is awash with YouTube videos showing how to fly and maintain UAVs.

“The YouTube videos will probably answer many of the questions you might have about operating a drone,” adds Wiley.

Read more: How Drones Could Transform the Landscape Industry 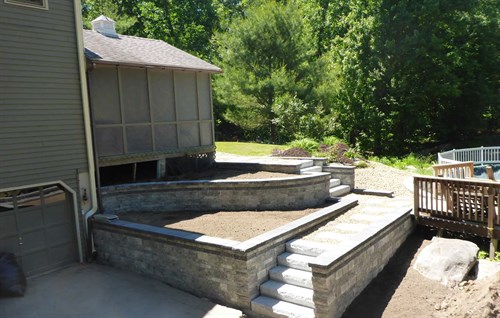 Insurance is a must

Finally, check that your standard commercial general liability policy does not exclude the ownership or use of aircraft — including a drone. Before you begin piloting your UAV, make sure this is not the case. A quick search of the internet serves up more than a few examples of pilot error, GPS failure and misdirected landings. Drone mishaps resulting in property damage or personal injury do happen.

Don’t operate a UAV without proper insurance, and make sure you are aware of and follow all FAA rules and any state or local regulations that apply to drone use.

The Federal Aviation Administration requires both recreational and commercial users to:

Commercial operators can apply for a certificate of waiver for the requirements denoted with an asterisk (*) if the FAA finds that the proposed commercial operation can be performed safely.