Successfully handling a storm makes snow contractors a hero, according to Bob Grover.

Based in Portland, Oregon, Pacific Landscape Management hasn’t always dealt with consistent snow as areas like the Midwest and Northeast do. In fact, oftentimes they find themselves dealing more with ice. But Bob Grover, president of the company, says this past snow season was probably the “craziest” in his 30-year career. With six separate events — the biggest being a week-long event with more than a foot of snow — Grover says the team amped up their efforts and pulled off a successful season. That’s quite the accomplishment considering the company primarily uses rental equipment and a network of subcontractors. With inconsistent snow events, Grover says it simply hasn’t made sense to invest in anything more permanent. To handle the variability from season to season, Grover says the team must be “creative and adaptable” — and that’s just what they were. He says that going into this past season they didn’t “feel prepared” but they figured out what they had to do — and got it done. Here’s how Grover handled the last snow season. 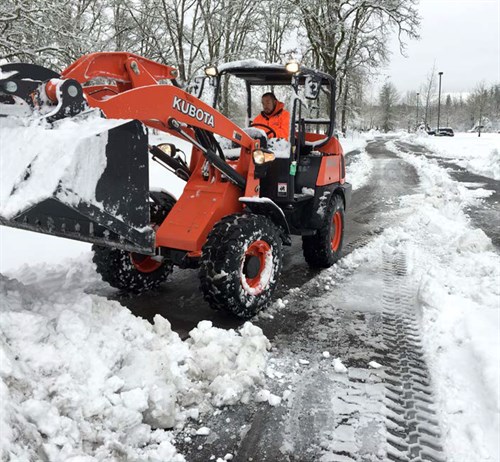 I always have my mobile phone to take photos. We take pictures as we complete jobs and send them to the customers to verify the work was done and when. An update of the job being complete with a timestamp on the email in the middle of the night is impressive to them. 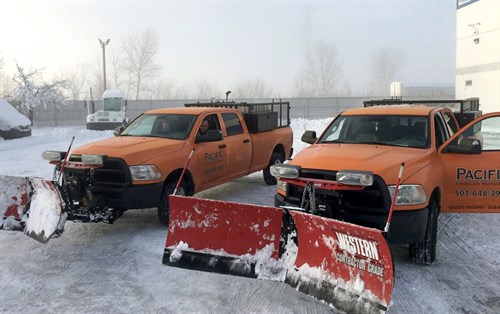 I have never had trouble staying awake while plowing — even in the middle of the night. You are so active monitoring the surroundings that you really don’t have an opportunity to fall asleep. I will sometimes buy coffee between projects but have to drink it right away as I’m too active while on site to touch anything other than the steering wheel and plow controller.

One of my biggest motivators in business is to help customers in difficult or crisis situations. I tell people all the time, “I just want to be a hero” — that’s my greatest motivation and keeps me going. Storms are a crisis and when we pull off a successful service, we truly are being heroes and there’s no better feeling.

Granular de-icer: To assist when even the plow truck slips.

Spare tires and jacks: Because a flat tire in the middle of the night can shut you down.

Extra Chains: So even when you lose one, you can stay in action.

Flashlight and tool kit: So you can see and fix small problems.

Mobile phone and charger: So you never run out of battery life or lose the ability to communicate with the team.

Travel mug: For coffee, of course.

Radio: I’m a product of the Rock’n’Roll generation so I listen to that.

Pocket change: For the 24-hour drive-through.

Pacific Landscape Management was named one of the best-run companies in the industry.

Next post Story Of A Landscape: Dual Prize-Winning Project Built On A Foundation Of Drainage