Caring for Grounds With Surgical Precision

All things green and growing at NCBH

North Carolina Baptist Hospital (NCBH) is an 872-bed teaching hospital located in Winston-Salem, N.C. Ranked among America’s best hospitals by U.S. News & World Report since 1997, NCBH is part of the Wake Forest University Baptist Medical Center, a larger entity that encompasses Wake Forest University Health Sciences (WFUHS), which includes the acclaimed Wake Forest University School of Medicine. WFUHS teaches and trains future doctors while the adjoining NCBH not only treats patients, but is also the arena in which the doctors-in-training get to practice what they have learned in the classroom setting.

NCBH is also home to the Comprehensive Cancer Center, a leading authority in the treatment of cancers of all types. There is also a “hospital within a hospital” on-site, the Brenner Children’s Hospital & Health Services with a 160-bed treatment capacity and specializing in pediatric and neonatal care. Understandably, this major medical teaching/treatment institution receives a lot of visitors and patients daily, weekly and annually. One feature of the medical center that receives a lot of compliments is the grounds. NCBH has its own in-house grounds crew responsible for the year-round duties that contribute to the beauty of the medical center campus.

The grounds crew is made up of six members, including Foreman Derek Reece. Reece worked at a golf course while in high school and decided to pursue a related degree after four and a half years in the military.

“I decided I wanted to go into turf management, so I enrolled in the turf management program at Catawba Valley Community College in Hickory, N.C.,” he recalls. “I ended up double majoring in turfgrass management and horticulture, and then got a job as an assistant golf course superintendent at High Meadows Country Club in Roaring Gap, N.C.”

Later, Reece was offered the head golf course superintendent position at High Meadows. In addition, he worked for Lowes Home Improvement as a live nursery specialist in one of their retail stores. He became head groundskeeper at NCBH in 2004.

“My experience in the golf course industry probably caused me to be more focused on having excellent turf here on the hospital grounds, whereas a lot of other folks in the landscaping industry might focus on another aspect.”

One look around the NCBH grounds during the growing season is visual testament to Reece’s background and the influence it has on his job. He and his crew handle all the mowing, pruning and planting, as well as maintain the irrigation systems.

“We have over 4,000 heads, numerous controllers, and we do all our own maintenance and repair on the system,” said Reece.

The crew is also responsible for the maintaining the other equipment they use. Setting up the outdoor Christmas lights, nativity scene and tree maintenance/removal are also on the crew’s to-do list.

The NCBH grounds crew puts special emphasis on two key, high-visibility areas of the medical center campus located at the main entrance. There are two decorative walls positioned on either side of the entryway, as well as a large median flowerbed that divides the vehicle traffic coming into and leaving the main hospital buildings. “[These areas] showcase our best work because we try to vary the landscape there each year as far as using different varieties of flowers, etc., and we try and keep the turf in these areas groomed and manicured as well,” Reece says.

There is a large area of grass near the main entrance into the medical center complex right beside one of the parking decks that gets mowed and striped to enhance the appearance. In addition to tending to all things green and growing, the NCBH grounds crew is also responsible for litter pick-up and removal from the grounds. They clean up cigarette butts and other small items of debris along the main entrance driveway and in the patient drop off/pick-up area. To expedite this, the crew uses blowers to push the debris out and a Tennant 6550 ride-on sweeper to collect it.

A lot of the areas they mow are intricately landscaped and irregularly shaped, and some have tight spaces. Reece said, “We can’t use side-discharge mowers around here because of all our mowing areas being in such close proximity to pedestrians, traffic and windows.”

When winter weather strikes, Reece said they put the snow removal plan into effect. “We are poised and ready for inclement weather before it arrives,” he said. “Usually, we plan on having the whole crew, or at least a portion of it, on-site an hour or two before forecasts are predicting it to start.” From that point forward, they can react accordingly to whatever the weather does. They have areas of the campus that are arranged in order of priority.

“This priority list is based primarily on the amount of foot or vehicle traffic on each given area,” Reece said. “The most heavily traveled areas and critical areas, such as the entrance driveway to the emergency room, being first on the list.”

There is one building on campus, the Comprehensive Outpatient Rehabilitation Center (Comp Rehab for short), that has a two-level parking deck, with the top of the deck as the main entrance and parking for patients. Reece closes the top level of the deck during winter weather.

Once the top level is closed off, the crew can begin clearing snow without interference from parked vehicles and traffic. Outdoor stairways get shoveled and treated regularly with salt to prevent refreezing. Reece and his crew strive to have the access ways and driveways cleared by the time employees start arriving in the morning.

With a crew of this size, and a lot of ground to cover, careful planning is required of Reece, and the crew needs to be able to execute the plan. “I pretty much know what tasks need to be done in a given period of time,” he states. “I make sure that these tasks are accomplished, along with routine equipment maintenance and things that come up unexpectedly.”

He tends to shy away from planning things too far in advance, given the variables faced on a regular basis, such as weather and outside contractors working in the area. During rainy weather, when work outside is not possible, the NCBH grounds crew takes the opportunity to perform equipment maintenance and do long-range planning.

“We will take a day like that to sit down as a group and plan for the future, such as what summer annual flowers do we want to plant this year.”

Variety is the spice of life, and it’s also what Reece keeps in mind when planning out tasks for his crew. “I also like to try and have the crew doing something totally different each day, because I feel the variety in their work makes it more interesting and rewarding for them.”

Reece said he allows his crew members to make decisions on how certain tasks are completed to give them a sense of ownership in the work they do. He also ensures that his crew is cross-trained in the many tasks they do. They all need to know how to mow, run the string trimmer, prune and other tasks. With a crew this size, cross-training is an efficient way of getting tasks completed on time, especially if one member is on vacation or out sick. The employees take pride in their job, and it shows in the beauty of the NCBH campus.

“We get complemented almost daily from visitors,” said Reece. When longtime employees say, “The campus has never looked better,” he knows that’s a reliable barometer of the crews’ success.

Dexter Ewing is a freelance contributor based in Winston-Salem, N.C.

About the Author Dexter Ewing 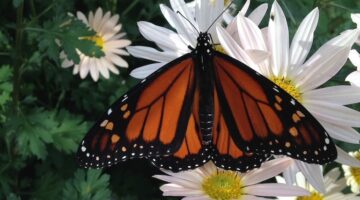