Specializing in commercial maintenance for condominiums and HOAs

That first year in business, “it was bare bones,” says Bill Leidecker, president of Five Seasons Landscape Management in Columbus, Ohio. He founded the company late in 1997, and was quickly joined early the following year by business partner Steve Woods, who now serves as vice president of operations.

“We cut grass from dawn to dusk and then went back and did maintenance on the machines. We got home at 10 o’clock at night and then got up at 5 o’clock in the morning to do it all over again,” Leidecker recalls. “When you’re that small you do it all. We were lucky we had logos on our trucks.” And they had only two vehicles.

The two owners drew little to no salary the first year, which allowed them to devote resources toward their biggest expense: hiring one employee. They knew they would need employees in order to grow the business, and that was the main objective.

“We’ve always been focused on growth,” says Leidecker. “We mortgaged profitability and cash flow for the first 10 to 12 years of the business in exchange for a ridiculous amount of growth. Today, Five Seasons runs about 55 trucks and has 130 employees working in the field, along with an office staff. The growth didn’t come by accident, but rather hard work and persistence during the early years, emphasizes Leidecker.

“Nobody knew Five Seasons at that point. We were an unknown entity. We were lucky when we put an ad in the paper if anyone would call,” he recalls. Knowing that attracting new customers was as important as serving existing accounts, Leidecker devoted himself to sales, and filling in on the crews whenever needed.

In 2002, Five Seasons moved to its current headquarters alongside I-70 in Columbus, which raised the company’s visibility. “People started to take notice of us then; there’s 70,000 cars a day that drive by our shop,” says Leidecker. The company now also maintains a second location in order to more efficiently serve the both the east and west sides of the city.

The emphasis remains largely the same today, as Five Seasons continues to focus on commercial maintenance. “Residential is a whole different business,” says Leidecker, who spent nine years with ChemLawn working in the commercial services division as a sales rep and sales manager before starting his own company.

“I knew the commercial market. To me, that’s where it made sense to position ourselves,” he explains. “I didn’t know residential; didn’t know how to market to that market. You go with what you know, and I knew commercial.”

To this day, the only residential work the company does is some landscape design-build projects. About 10 years ago, Five Seasons hired a landscape designer and got into the design-built business. “It’s really a completely different business from our commercial maintenance work,” says Leidecker. Most of that residential business comes from a display at the Columbus home and garden show, as well as word-mouth-referrals. In terms of marketing and building relationships with customers, commercial maintenance can be more challenging, he states.

“We don’t do much marketing, per say. For us it’s a direct sales business; it’s a relationship business,” says Leidecker. “You go knock on a door and you make a contact. You cultivate that contact over time. You may get an opportunity that year, or you may have to wait for another year.”

The nature of the business means working with a lot of property managers (often known as “community managers”) for condominiums and homeowners’ associations (HOAs). This presents a hurdle, because often property managers don’t have independent decision-making authority, but rather depend on a board to make decisions. “So there’s another layer of decision-makers that you have to not only win over, but then keep in your corner,” explains Leidecker.

So not only is the initial presentation to the board important, but if awarded the job it’s also important to maintain ongoing contact with the board, says Leidecker. “Then, because board positions are usually volunteer jobs, the board is constantly changing. Old board members go off and new people come on, which quite often leads to new marching orders.”

Things are further complicated by internal politics within HOAs or condo complexes. For example, the board might direct a certain maintenance practice while an individual homeowner might want things done a different way. This can cause them to become upset at the landscape contractor, not realizing that the board is calling the shots. If that person then gets on the board, they may want to change service providers without knowing the full story, Leidecker points out.

“With residential property management, it’s a constantly moving target,” he states. “It can be frustrating for anybody in this business, because we all work hard and are proud of the jobs we do. But it might not matter if somebody new comes in and they’re upset about something a previous board instructed you to do, or they have a contact with a different company somewhere. It’s a constant challenge to keep everyone happy, and it’s almost impossible.”

Other segments of commercial maintenance are often more straight forward, says Leidecker. “Commercial property managers often have decision-making capability and can hire whom they want,” he explains.

Single building owners are even nicer to work with. “Because then you’re dealing with the owner of that commercial building, you’re dealing with the decision-maker for that property,” Leidecker states. “Anytime you can deal with a person who can say ‘yes’ or ‘no,’ it’s best to do that. Otherwise your message can get convoluted.”

And, unlike HOA boards, there’s less turnover when dealing with a commercial property manager or building owner. “So once you get an account, you have a better chance of being able to stay on it longer,” Leidecker notes.

As in residential maintenance, price is critically important in commercial bidding. It wasn’t always this way, he says. “What happened with the economy in 2008 impacted our business and really impacted the industry dramatically. Because it changed the way that people bought,” Leidecker observes. “There used to be value buyers, prior to the Great Recession. Now I don’t see many value buyers, people are focused on the bottom line and go with whoever is cheapest. Not always, but oftentimes. And I’m not seeing that changing back.”

While it’s no secret this has been the case in residential maintenance, Leidecker says it’s also evident with the customers he serves. The condo/HOA segment was hard-hit by the foreclosure crisis, with people then not paying their maintenance fees. “So the boards wouldn’t get that maintenance income. Where you once had 100 percent of the people, now you might have only 90 percent. So everything took a haircut. The condo and homeowners’ associations started changing the way they buy,” he states.

While the foreclosure issue began to improve around 2011, Leidecker says boards largely have not returned to their past approach of emphasizing quality along with price. “I really have not seen that change materially back toward the way it was.”

Where some clients would once throw out the low bids and high bids, now it’s the low bid that’s likely to get considered, he says. “And pricing in our market is unsustainable. You can’t make any money with the way jobs are priced right now, especially with maintenance,” says Leidecker. While maintenance remains the majority of its business, Five Seasons has increased its landscaping/enhancement work – which has better margins – in the last few years, which has helped, he explains.

Steve Woods is co-owner of the company that’s grown to 130 employees making up 35 crews.

The Boss is right

Another move the company has made to help battle tight margins is to improve efficiency. In that regard, Leidecker credits a recent change to new software with helping boost operational efficiency for Five Seasons. “We run Boss LM. It’s a really good program. It can be a difficult program to learn and get you arms around, but once you do it’s immensely valuable,” he says. “It’s helped us a great deal. It accounts for everything in your business that might otherwise get lost.”

Prior to switching to the program one year ago, the company had been using a variety of different software applications, from CRM programs to Quickbooks to Excel. “None of them would talk to each other. Now that we have BOSS LM, for example, we have the ability to capture hours and exactly split them out by service. That gives us margins and tells us which are our best and worst accounts,” explains Leidecker. “There’s no limit to the way we can slice and dice the data now,” which lets the company know what’s working and what’s not.

Being able to track these various factors in an organized fashion is important because the company sends about 35 crews out into the field on any given day. Some 25 of these are weekly maintenance crews that handle tasks such as mowing, trimming, etc. (Five Seasons runs Exmark mowers and Stihl two-cycle equipment). There are also lawn treatment and enhancement (flowers, mulch, etc.) crews. While year-to-year turnover is high, “the goal is to keep some guys year after year, and keep them on the same properties so they become very proficient and efficient at doing that work,” says Leidecker.

Leidecker also credits Bill Puzines, a certified lawn care manager (formerly CTP) through PLANET, with overseeing the company’s turf care program. “It’s my biased opinion, but I think we have the best turf program in the city,” he states. “I think we are the technical leader in our industry.” Five Seasons is a member of PLANET and boasts landscape industry certified managers (formerly CLPs) among its employees, more than any other company in the state, he says. Others are certified at the state level.

While it’s up to individual employees to take the initiative to further their education, the company supports those efforts with financial bonuses. “We reward that,” says Leidecker. “And we have a wall full of plaques with all of the certifications that every one of our employees gets.”

“It’s my biased opinion, but I think we have the best turf program in the city,” says co-owner Bill Leidecker of his Columbus, Ohio-based company.

Going above and beyond what’s required by state law, “every one of our applicators is licensed and has their own certification and own level of understanding of agronomy,” says Leidecker. “This means that every one of our guys in the field has a lot of knowledge.”

Patrick White is a freelance writer and editor who has covered every aspect of the green industry in the past 15 years. He is based in Middlesex, Vt., and is always on the lookout for unusual stories. You can contact him at pwhite@meadowridgemedia.com. 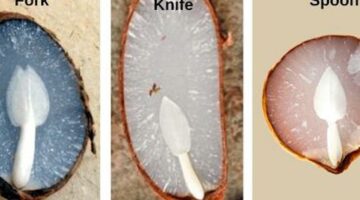