For those in the irrigation industry, Warren Gorowitz is a household name. Over the last 20 years, he has worked for Ewing Irrigation and has been involved in almost every aspect of the business: running several branches, outside sales in golf irrigation, as well as water management products, developing and leading Ewing’s water conservation brand, and, most recently, beginning the development of Ewing’s sustainability initiatives both internally and externally for its customers.

What you might not know is he is a marathon runner and he loves the outdoors. “I have been running for over 12 years and have run seven full marathons [two outside the United States, in Italy and Australia], 25 half-marathons and, most recently [just this past June], hiked the Grand Canyon from North Rim to South Rim in a little over 12 hours.”

Gorowitz grew up in Los Angeles and became interested in landscaping and irrigation at an early age. “I spent many weekends working in the garden, whether it was learning how to grow vegetables with my neighbor, who was originally from Missouri, or learning about how to care for roses with my godmother, who also lived next door. At 14, I began working for the golf course across the street from my house during the summer on their irrigation crew. I had the opportunity to work there for eight years during school breaks and during an LPGA and Senior PGA tournament hosted at the course.”

He attended Cal Poly-San Luis Obispo to study ornamental horticulture, and while he was there he worked in the student bookstore selling computers. “That began my interest in sales, as well as working with technology.” Upon graduating in July 1994, he went to work for Ewing and has been there ever since. “The irrigation industry provides an exciting career opportunity, which combines both technology and innovation,” Gorowitz says. 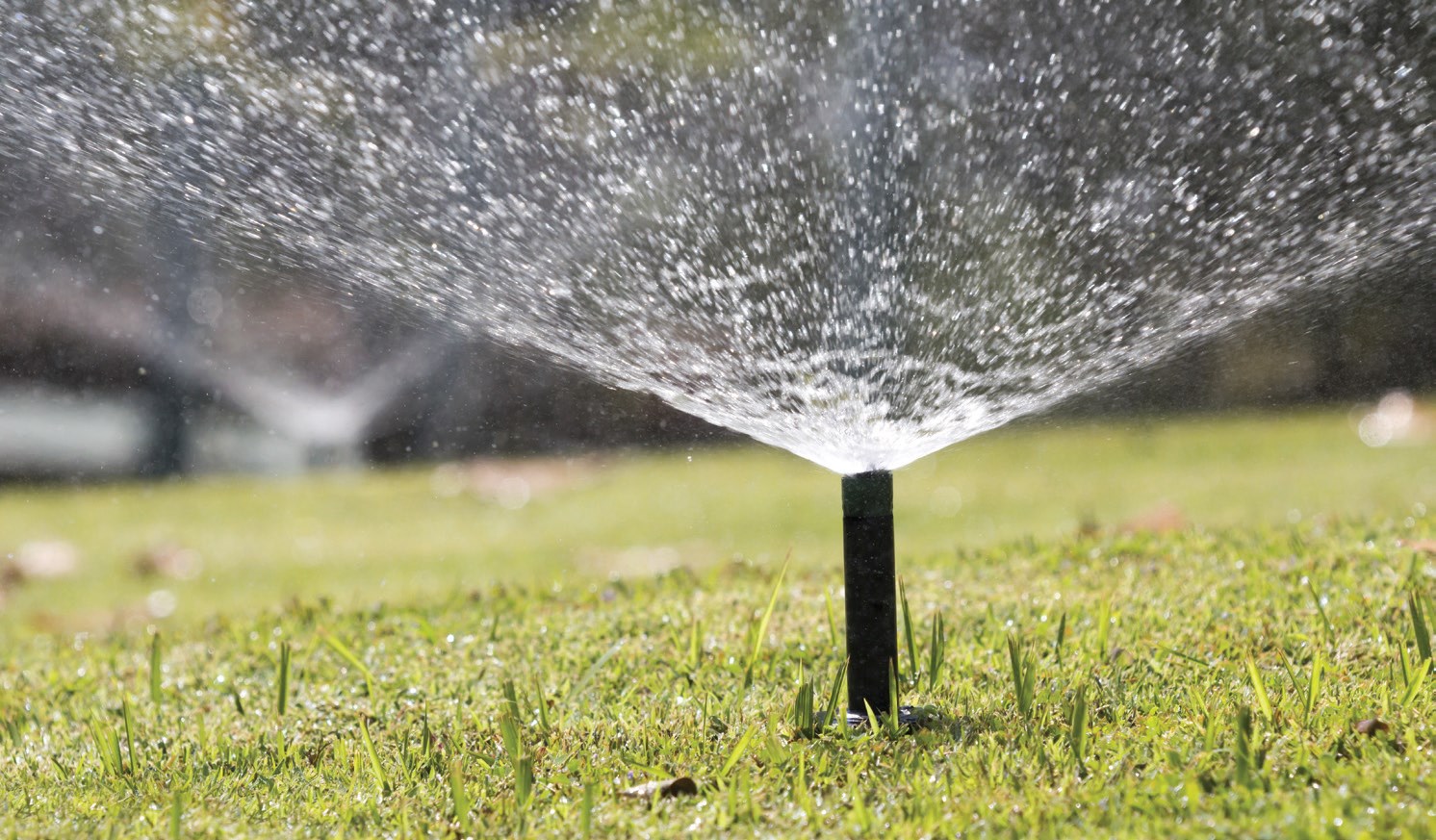 With water issues coming to the forefront of industry issues, it’s no wonder that irrigation services are being scrutinized more every day. Especially with the continued drought plaguing so many areas in the country. “Water is central to the irrigation industry, and without it landscapes cannot thrive,” Gorowitz explains. “Water issues are going to continue to challenge the irrigation industry and, in my opinion, this will be the ‘new norm.’ I feel it presents a great opportunity for the landscape industry to respond with solutions and leadership.”

This is one of the reasons Gorowitz was promoted to his new role as vice president of sustainability at Ewing earlier this year. “Alternative water sources [rain water harvesting, greywater and condensate recovery] are going to become even more important as irrigating with potable [drinking quality] water may not be an option in many places in the future,” he points out. “Weather-based irrigation controllers, soil-moisture sensors and high-efficiency irrigation nozzles are technological solutions that can help us manage this precious resource.”

Because of the bad rap landscape irrigation has these days as it relates to possibly wasting water, Gorowitz believes people need to start valuing water in the U.S. more seriously. “We tend to take for granted that when we turn the faucet on at home, water is going to come out. Even today, that doesn’t happen in many places in the world,” he says. “We work in the original ‘green’ industry. I’d like to see landscape architects and landscape contractors recognized for their expertise and leadership in water management and sustainability.”