Jim McCutcheon on His NALP Experience 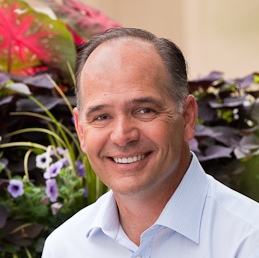 Jim McCutcheon is a man with big ambitions. As president-elect of the National Association of Landscape Professionals, he is looking ahead to take the “good” organization and make it “great.”

“We have 4,000 members, we provide wonderful education and networking opportunities and we are financially strong. As one of my favorite books (“Good to Great” by Jim Collins) points out, ‘good is the enemy of great.’ We should have 40,000 members instead of 4,000; there are easily that many out there,” says McCutcheon.

McCutcheon is no newcomer to the industry. He worked at a country club during high school and college, and went to college initially as an economics major and switched to landscape architecture, looking to pursue a career as a golf course designer.

“I was never a very good landscape architect, but I was pretty good at selling and running a business. I was hired by an apartment developer (Post Properties) out of college to form a new landscape company for them. I ended up buying that company with a couple of partners in 2001 and we formed HighGrove Partners.”

McCutcheon bought out both partners in the last few years and is now the sole owner of the $15-million company with approximately 200 people. His firm offers commercial maintenance and related services (turf care, irrigation, etc.), which generates about two-thirds of its revenue. It also provides some design and construction services.

McCutcheon attended his first Associated Landscape contractors of America event in 1995 in Fort Worth, Texas. ALCA and the Professional Lawn Care Association of America merged to create NALP in 2005.

“It was a huge eye-opener for me. I realized that there were some incredible people building great companies. I wanted to learn from them. I reached out to people and I was amazed at how willing they were to help me,” he recalls.

McCutcheon began volunteering for NALP committees, subcommittees and specialty groups in 1998, and then continued being invited to participate and chair these teams, including the Student Career Days Subcommittee, the Crystal Ball Subcommittee and the NALP Academic Excellence Foundation, as well as the Board of Directors.

This year he was named as president-elect of NALP’s board of directors, taking on the role of association treasurer.

“I have gained so much from the organization and the network I have built through it that I had to do more to give back. It is a great honor for me to have this opportunity,” he says.

McCutcheon says that the NALP management team, which consists of officers of the NALP Board, are meeting in May to look ahead toward next year.

“It will be focused on and refined with our two-day strategic planning meeting in D.C. in July,” he says. At this point, the beginning stages will start to form to take the association from good to great.

“We will certainly look at everything we do in the association in an effort to make it great. Finding a plan that provides a true win-win-win for the members, state associations and the national association will be a big part of the plan,” he explains. “It is not like flipping a switch, it will take time but we will create a compelling and motivating vision and tie it to a plan to make it happen.”

This post was originally published in May 2014 and has been updated for accuracy and comprehensiveness. 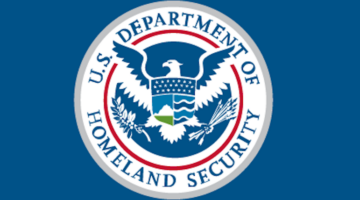