Let The Iron Cowboy’s Example Inspire You, Too

Here are five things Steve Rak learned from running with The Iron Cowboy.

Now imagine doing one of those every day, going from state to state. That’s what you will be doing 50 days in a row without a break. That is what James Lawrence (aka The Iron Cowboy) is doing this summer. Why, you ask? Because he is a tad bit crazy and he wants to bring awareness to childhood obesity, and he also wants to break a Guinness World Record. He already holds two Guinness World Records as an Ironman. So, when I heard The Iron Cowboy was going to do his 38th race in Hudson, Ohio, I decided to sign up to run the last 5K of the marathon with him. (About 75 people showed to up to run with him in Hudson.)

I have been running 5K races for the last couple of years so I am familiar with them, but I have to admit I was a bit nervous for this one. I figured that this run would include a bunch of triathletes and I would be out of my league trying to keep up with them.

Sure enough when we pulled into the parking lot, the guy getting out of the car in front of us had an Ironman tattoo on the back of his leg. He also had two of those expensive Ironman bikes hanging on the back of his car. I turned to my wife and said, “Just so you know, I will be the last one in so don’t think I died out there or something.” She just kind of gave me that look that said, “Hey, it was your idea.”

By the time I got to the starting line I realized that maybe not everyone there was a super athlete. Actually, the runners looked pretty much like every other 5K crowd I had seen. After a while, James (The Iron Cowboy) came running in and we all ran with him, which was the highlight of my week. And, no, I didn’t come in last.

Here are five things I learned from running with The Iron Cowboy:

Get out of your league: Or, as others would say, get out of your comfort zone. In business, that might be going to an event like a chamber of commerce meeting or speaking to a garden club. Yes, you will be nervous, but afterward you will be glad you did it.

Don’t be intimidated by the “big dogs:” I think small- to mid-sized business owners sometimes get intimidated by the bigger companies, but chances are they are pretty much doing the same things you are—just on a bigger scale. I was intimidated because I thought all of these triathletes would leave me in the dust, but I forgot that endurance athletes are not necessarily trying to be the fastest in the field. To do a long race you actually have to run slower than you would a 5K. I was able to keep up and finish in the middle.

Everybody isn’t better than you: I have nothing more to add to that; read it again if you have to.

Don’t be afraid to set big goals: The Iron Cowboy set a pretty massive goal for himself, but I heard him say in an interview that he was going to break every race down, and he would start the day saying “I just need to make it to lunch and go on from there.” We can set big goals for our businesses as well; we just need to break them down into more attainable small goals along the way.

Just do it: I almost didn’t go that night because of fear. But after an hour drive to get there I was committed. I was glad I did it, and the same is true in business. Sometimes you have to just do it. Whatever it is that needs doing, just do it.

Success in business is more like a marathon than a sprint. You can take it on even if you aren’t The Iron Cowboy.

Next post Fortune Lauds Jain Irrigation for Changing the World 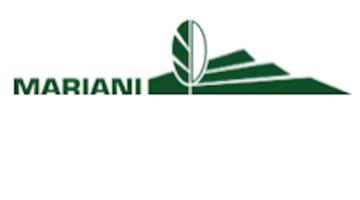