The Many Paths to More Profits

No two landscape or lawn care companies are identical. They’re no more alike than the personalities of the individuals who own and operate them. So, it came as no surprise that each of the owners that we contacted for this article has spent this winter working on different areas to improve their companies’ performance for 2013.

That said, the two main areas of concern for the 2013 season that they invariably mentioned were: boosting sales and retaining and attracting responsible, dependable employees.

“Sales. Sales. Sales.” That’s what Terry Delany, founder and owner of GroundSERV, Fayetteville, Ark., has been zeroing in on.

“Our overhead is locked in for the year so sales will fix everything,” he explained. “Since we’ve gone to a 100 percent subcontractor format, we’ve removed most of the issues that erode the profit margins of landscape contractors. We built a ‘reverse budget’ that allows us to track our performance and make adjustments as the year goes by to ensure that we will still hit our targeted gross margin for the year.”

Meanwhile Bill Miller, Miller Landscape and Gardens, Norwalk, Ohio, puts “keeping good employees” at the top of his 2013 to-do list. This sentiment was similar to others we heard, including from landscape pro Todd Pugh on the other side of state near Canton.

Pugh said one of his main goals this year is “attracting new talent and retaining current team members” that are capable of consistently delivering customer-pleasing projects and services. Pugh also commented on the more intense pressures that business owners are subjected to today compared to even a decade ago.

“The weather, competition, commodity prices and other forces change quicker today than ever, so the company that can react quickly will win. Adjusting at the end of the year no longer works,” said Pugh.

The industry is awash in unpredictability. Weather, the prices of fertilizer and other materials and regulatons are all largely out of your control. Also, the many hats that most of you wear in running your businesses keep your attention narrowly focused on the next nine months at the most. Rare is the landscape or lawn care company that plans three to five years into the future.

For that reason, let’s take a sober look at the economic environment that you and tens of thousands of other landscape and lawn service company owners must deal with.

Everyone within our highly fragmented industry that we spoke to this off-season expressed guarded optimism that they can improve their companies’ performance this year. They’re encouraged (but hardly ecstatic) by some of the signs of economic recovery that they’ve been reading about these past few months. These include, among other positive signs, rising home sales, rising home prices and stabilized unemployment numbers.

The Labor Department pegged the U.S. unemployment rate at 7.9 percent as of Feb. 1, 2013. And, existing home sales this past December were up 12.8 percent from December 2011 sales, with the total number of sales (and home prices) rising in 2012 to the highest level in five years, reported the National Association of Realtors. The “official” 2012 inflation rate of 1.7 percent might offer some comfort, too, along with the U.S. stock market’s historically high 14,000-plus at the beginning of February.

But the significance of these numbers (in some cases their accuracy) bear closer scrutiny. The U.S. unemployment rate is believed to be well above 10 percent when also counting unemployed and discouraged individuals that have quit looking for jobs. The rebound in home sales has been partly fueled by hedge funds and private equity firms making purchases in what they’ve identified as future high-growth markets and taking advantage of depressed prices and artificially low interest rates, said David Stockman, former director of the Office of Management and Budget in the Reagan Administration. And, of course, the stock market, with its periodic schizophrenic episodes, is hardly an indication of the robustness of the recovery or, for that matter, a harbinger of the economy’s future direction.

Oh, did I forget to mention gasoline now topping $3.50 a gallon? But I really didn’t need to remind you of that, right?

Regardless of the numbers (or perhaps because of them), consumer confidence, as measured by the Conference Board of Nielsen, fell this past January from 17.2 percent to 16.7 percent, while those viewing business conditions as being “bad” rose from 26.3 percent to 27.4 percent.

And, of course, any meaningful discussion about the economy’s prospect would also address the nation’s astronomical (and growing) debt, Obamacare and other matters almost entirely out of the control of those of you owning and managing landscape and lawn service companies.

Even with all of this, there seems to be an innate belief by many of you that our nation’s free-market capitalistic system, the greatest wealth producer in mankind’s history, is powerful enough to survive and grow again in spite of misguided policies or off-shore competition. And you will grow right with it.

Even more encouraging is your continued enthusiasm to seek new ways to improve your operations as evidenced by the following comments.

“We just joined PLANET and have already taken much use and gathered lots of knowledge from its websites and the many benefits that it offers,” said Adam Linnemann, founder and owner of Linnemann Lawn Care & Landscaping, Inc., Columbia, Ill. He also reported that his company recently expanded into St. Louis (Mo.) County along with adding porch planting as a new service. “We now do a thousand changeouts a year with this new service and it has expanded our season even longer,” he added.

Linnemann said one of his biggest goals this past winter has been to organize and put his company’s warehouse/shop facility in better order, including numbering all of its small equipment and devising a program “to hold team members even more accountable for their equipment.”

“We’ve been working to continually engage our entire team,” said Pugh, CEO of Todd’s Enviroscapes, Louisville, Ohio. “This means educating everyone on how the business makes money as well as what makes the business sustainable and how they are an integral part of the success of the business.

He added: “The indirect result is you will have a company of empowered employees who are all working for the same common goal. Employees today are looking more for a career than ever. With them understanding they make a difference it will lead to purpose driven work,” Pugh added.

William “Bill” Hildebolt’s is owner of Nature’s Select Premium Turf Services, Winston-Salem, N.C., which offers proprietary lawn care services based on the practical horticultural knowledge he gained operating a large farm in southwest Ohio. This past year, Hildebolt struck a deal with New Garden Landscaping and Nursery, Inc., to expand his company’s reach into the Greensboro, N.C., market.

While Hildebolt said he was moderately pleased with the success of the new effort he added that he’s approaching this season with a more aggressive sales mentality. Traditionally, his company has done quite well, mostly by word-of-mouth and referrals, but he’s now considering more personal and direct sales efforts. Mass marketing is out.

“We realize that we have to enlist everyone in the company to be a salesperson,” said Hildebolt. “We have a very dedicated employees that we appreciate, but we’re expecting them to be more proactive in selling and customer retention along with doing their services.”

Bill Miller, co-owner with his brother Steve, of Miller Landscape and Gardens, Norwalk, Ohio, set two big goals for his operation to get the season off to a strong start. The first was to upgrade his firm’s production equipment.

“With the high pace of our season and the cost of unexpected breakdowns and not having the right tools for the job make this (updated equipment) a must for us. Time is money,” said Miller.

His company is also implementing policies to eliminate wasted time during the workday. This includes requiring employees to pack their lunches rather than stopping at a fast-food outlet for lunch.

“I know this doesn’t sound like a big deal, but it is,” said Miller. “If you go someplace and buy a drink or lunch, no way is that person taking on a 30-minute lunchtime. Plus, there’s the issue of fuel use because most likely they’re driving a company vehicle.”

“We’re focusing on consistency of operations,” responded Larry Ryan, Ryan Lawn & Tree, based in Kansas City. “I spent 10 years in fast food and realized what consistency could do for a restaurant chain. When we walked into one of our restaurants, we graded the store with a QSC survey. That stood for quality, service and cleanliness. Each store was expected to score a certain level. In our company, we need to follow the lead of the restaurant industry (ie. McDonalds).

“There needs to be certain procedures for doing everything. I have focused for 25 years on hiring great people more than having operations consistent across the board. Great people make up for a lot of management mistakes. Now is time for us to tighten up operations. When that is done, our people will be able to do a better job of marketing what we have and who we are,” he added.

Ryan said he expects 2013 to be an excellent year and he continues to see great opportunity for the landscape industry.

“We are looking more and more at acquisitions to enter new markets. There are tremendous advantages for companies to join together. You don’t have to duplicate services such as accounting, marketing and training,” he said.

“At Ryan, we like the fact that we have challenges. We know that other companies have the same challenges. If it was easy, everybody would be successful.” 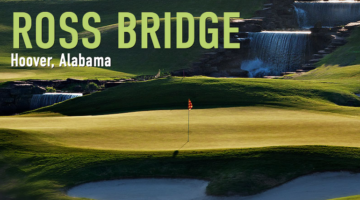