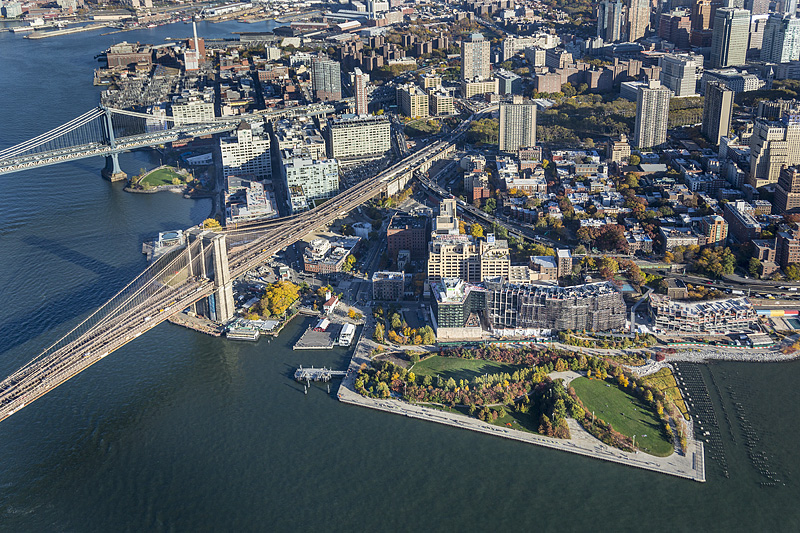 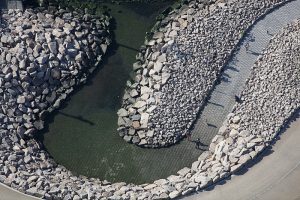 Designed by Michael Van Valkenburgh and built over the past 20 years, Brooklyn Bridge Park in NY spans 85 acres along 1.3 miles of the East River waterfront. The project has transformed the hardened industrial site of abandoned warehouses, obsolete piers, and decaying bulkheads into a vibrant public space. Today, park elements improve public access, reanimate six piers, and restore ecological diversity, blurring the edge between the East River and the park.

The majority of the site was a defunct bulk cargo shipping and storage complex, built by the Port Authority of New York and New Jersey in the 1950s but rendered obsolete by the rise of container shipping. Out of operation since 1983 and cut off from the surrounding residential neighborhood by the Brooklyn-Queens Expressway, the complex included six piers and several upland warehouse buildings. The north end of the site is under and between the Brooklyn and Manhattan Bridges, and was an underutilized landscape surrounded by light industrial and loft complexes. 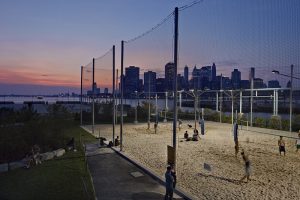 Brooklyn Bridge Park has now transformed this stretch of post-industrial waterfront into a thriving civic landscape . The park facilitates a system of new and refurbished connections between the city and the river, becoming a vital urban space for a wide variety of activities and programming, all with spectacular views of the Manhattan skyline. Careful attention to the site’s rich history and its extraordinary built and natural features ensures that this radical transformation creates an urban destination that is dynamic and engaging for generations to come. 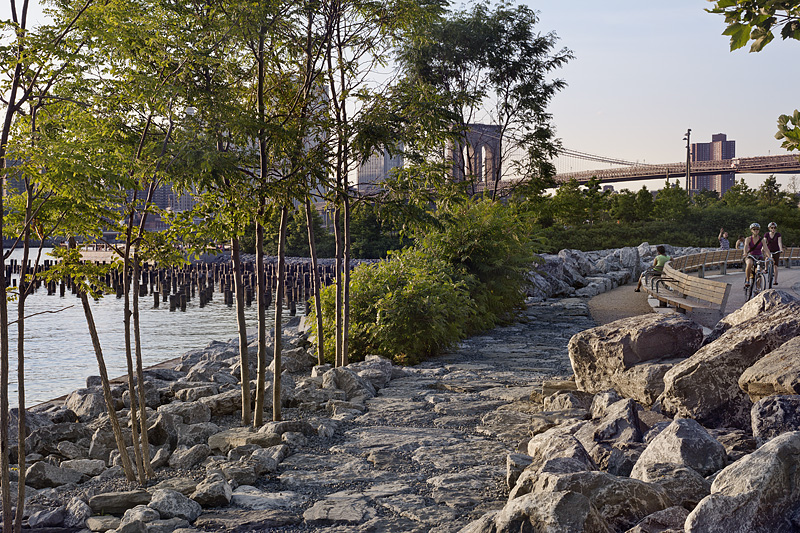 All photos from Michael Van Valkenburgh Associates. For more photos and design information on the park, visit here. For a write up of the recent award from the American Society of Landscape Architects (ASLA), click here. 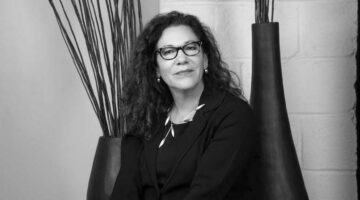