Some of you may remember CB (citizen band) radios. You may have had one in your car or truck to communicate with other motorists.

Yes, I had one in my 1973 Monte Carlo. My dad, Cliff, bought it for me. He was an early adopter, installing one in his Buick almost as soon as people started using them. His handle (radio name for you younger readers) was “Class Clown.” Mine was “Yabba Dabba Do.”

(OK, laugh if you want to. Let’s see who’s laughing when leisure suits come back in style.)

Mobile communication is light-years advanced from those almost forgotten relics. We now communicate and instantaneously access information with smartphones and iPads. These technologies and the ever-expanding universe of social media are changing our lives and the way we engage prospects and customers.

Even so, it may be that we haven’t seen anything yet – at least regarding how mobile communication and instant access to information are merging with social media to shape commerce. As business people we better be paying attention.

For example, this past February, Facebook CTO Bret Taylor announced Facebook is working on mobile payment applications (apps) to facilitate mobile/social commerce. Significant? As of this past February there were 845 million Facebook users. The figure is expected to top 1 billion by August.

Max Clark, VP of business development of Vitrue, shared other significant mobile trends during a recent Internet presentation that I attended. Vitrue is a New York-based social technology provider. The name of the presentation was “How Mobile Changes Social. Marketing Effectively to Mobile-Social Consumers.”

Some of Clark’s other observations during the presentation included:

To date, the most popular Internet destinations by mobile users are games at 67 percent of users, with shopping/retail seventh on the list at 28 percent. Considering the hundreds of millions of mobile device users, 28 percent still represents a huge number of consumers. The difference between these percentages will likely become closer as young adults start families and get farther into their careers.

What’s not expected to change is their acceptance of and reliance upon social media, just one manifestation of their on-the-go lifestyles. It’s clear that service providers like us will have to learn how to better drive conversation and incite action via the Internet and using social media.

In an unrelated matter, credit goes to sister publication American Nurseryman for the fine “Alternatives to Ash” article in Turf’s March issue. Thanks AN!

The Future Arrives for theMobilely Engaged

He was a very large young man. I guessed him to be about 20 years old, maybe 6 foot 4 inches and somewhere north of 250 pounds. He was impossible to ignore as he lugged a bulging army surplus duffle toward the rear of the airplane.

If you’ve flown recently you can imagine what all of us already-seated passengers were thinking. For heaven’s sake, no not here.

Shrugging his shoulders apologetically, his young round face offering a sheepish friendly grin, he wedged himself into the seat beside mine.

After settling in and easing down the armrest separating our smallish seats, he fished his iPhone out of a shirt pocket. Until the flight attendant requested we turn off our electronic devices the trigger finger on his huge right hand scrolled and poked the device. Not for an instant did he take his eyes off the device’s tiny screen.

Watching that young man so connected to the world with his smartphone reminded me of the huge transformational shifts – generational and technological – constantly redefining our society.

As the airplane whisked us toward our destination 600 miles away, I let my mind play with these interconnected threads. What will it mean to our green industry businesses three, five or perhaps 10 years into the future?

When we landed in Detroit I still wasn’t satisfied I had drawn any firm conclusions other than we as an industry need to learn how to connect with and serve the rapidly expanding universe of mobilely engaged consumers. They’re our future. 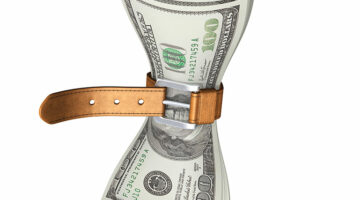 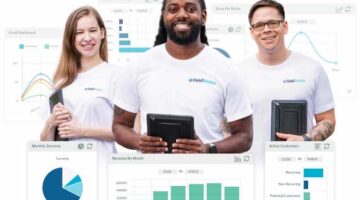