5 Big Deals That Changed Our Industry in 2014

Here are the 5 biggest changes in our industry this past year. Several of these changes will continue to impact our industry into 2015.

1. Cheaper gas: The incredible drop in the price of crude oil that, as I write this, has dropped gasoline prices by about a third from last year’s prices in many parts of the country. What’s happening? Some analysts point to robust US shale oil production, and some claim that reduced demand in the US and elsewhere around the world is the primary factor in falling crude oil prices. The biggest reasons are probably related to geopolitical maneuvering and competitive issues much too complicated for me to comprehend. The price of gasoline is now about where it was in 2009. Will it drop further or will it rise come spring? Who knows?

2. Lots and lots of snow: This past season’s record-breaking snow and ice generated millions of dollars of additional revenue for landscape and lawn service companies. Contractors in the Midwest, Northeast, New England and even some in the mid-South stayed busy clearing properties into the spring. Yes, salt (availability and price) became a huge issue this past snow season. Faced with that delimma, contractors had to get creative to keep their customers happy. As most of us know, contractors – when it comes to keeping the cash rolling in – are a pretty creative group of business people.

Predicting snow revenues from season to season is always an adventure. Will we be as busy pushing snow again this winter? In my neck of the woods in Northwest Ohio things have been rather calm weatherwise so far. But, there’s a lot of winter still ahead of us.

3. Our first $2 billion baby: The purchase of The Brickman Group for $1.6 billion by New York-based KKR in November 2013 caught the industry’s attention. The deal-making wasn’t done. Brickman/KKR merged with The ValleyCrest Companies this past May. Folks speculated about the impact of Brickman/ValleyCrest, the industry’s first $2 billion company. Who will be staying and who will be going? How will it consolidate so many different pieces and parts? How aggressive will it be?

The only official news coming out of industry giant so far is that it is getting a new name. The merged companies are going to be known as BrightView. BrightView? Looks like it’s time to assign the names The Brickman Group and ValleyCrest to history. Seems strange given the debt the industry owes to folks like Theodore Brickman and Burt and Stuart Sperber of ValleyCrest, founders of those respective companies.

4. TruGreen on its own: Let’s include TruGreen in our list of 5 biggest changes within the industry during 2014. ServiceMaster announced in November 2013 it was spinning TruGreen off as separate company. ServiceMaster, which had acquired TruGreen in the early 1990s, officially divested itself of TruGreen on Jan. 14, 2014. The nation’s leading provider of lawn care services remains in a dog fight  for customers with national francisors, such as Spring-Green and The Weed Man, not to mention hundreds of very tightly run local lawn care operations. Given its marketing clout, expect it to come out of the gate aggressively again starting in mid winter.

5. Happy days here again: Finally, this past year saw the landscape/lawn service industry post its strongest showing since the Great Recession of 2008-2009. Northern and Midwestern contractors flush with revenues earned from snow & ice management, rebounded nicely from a cold, miserable spring and are taking advantage of a moderate fall (apologies to Buffalo that got slammed with a huge snows in November) to finish the year strong. The 2014 GIE+EXPO in Louisville generated the most enthusiasm that’s been seen in the industry since 2006. One of the only downers for the year (and it was a big one) was the historic drought in much of California.

It will be fascinating to find out what the "new normal" brings us this coming season. My guess is there will be more than a few surprises.

What do you think? Let me know (rhall@mooserivermedia.com) what you see has one of 2014’s biggest deals.

Next post Turf and Ornamental Professionals Depend on Neonics 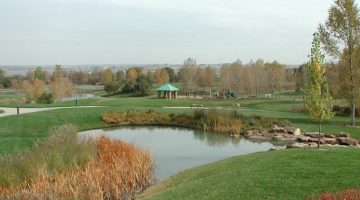 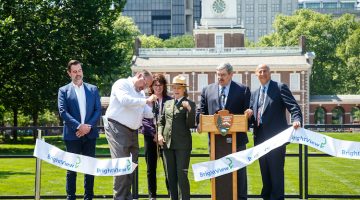 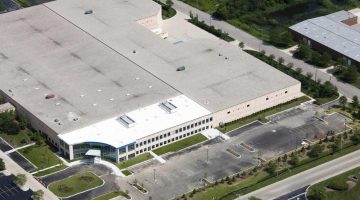