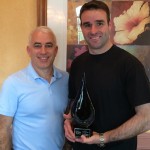 John Delisle and his firm (Grasshopper Gardens, Gansevoort, NY) were awarded the Mighty Oak for their consistent growth year-over-year, regardless of the economy. John has done an exemplary job of building out his facilities, and developing a high performance team of family and non-family members. John is admired for his ethical, optimistic and consistent approach to business and people management. 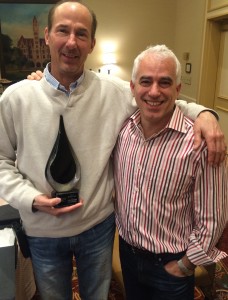 Tom Schray and his firm (Creative Landscape, Allentown, PA) were awarded the Mighty Oak based on the successful development of his business over the past few years and his persistence in developing his leadership team and growing his staff. Tom also exemplified what it means to balance work/life issues and acted as an inspiration to his landscape business peers. His company has improved and prospered, benefiting his clients and employees.

Stephen Evans and his firm (Turf Unlimited, Tyngsboro, MA) were awarded the Mighty Oak for his dedication to steady change and evolution of his business. Stephen was able to finalize an ownership transition of his business, and greatly clarify roles of his company staff, while he continued to attract new clients and retain his existing loyal clients. He started up a new division, and made significant headway to growing the overall value of his business. His peers were highly impressed with his focus and dedication. 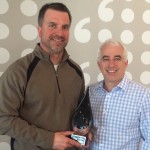 Brent Nienhuis and his firm (Blue Ridge Landscaping, Holland, MI) were awarded the Mighty Oak two years in a row. Brent continues to be an inspiration to his peers for his consistent development of his brand, employees, systems, profitability and the quality and depth of his work. Brent has shown that he can attain breakthrough, and then do so again. His quiet leadership style is all the more impressive given his big results that speak louder than words. 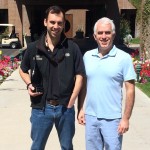 Leigh Townsend and his firm (J.W. Townsend, Charlottesville, VA) were awarded the Mighty Oak two years in a row. Last year it was for leading a small turnaround with profound results. After a small set back Leigh and his company lifted the performance of every division including their 3 new innovative divisions – beyond expectations. This past year Leigh and his father Jay enacted a company transition in record time, with a win-win approach that had full buy-in of their staff. They are market leaders internally and externally.

Barry Schneider and his firm (Surrounds Landscaping, Sterling, VA) earned the Mighty Oak based on his ability to articulate a unique vision for his company and see it through on a consistent basis year over year. His firm is highly regarded in his market and Barry and his partner (Howard Cohen) have handled the ups and downs of the economy with aplomb, and are positioned for continued success and superior growth. 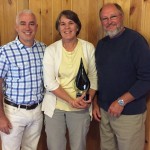 Peg and Scott Bormann and their firm (Creative Landscaping, Berrien Springs, MI) were awarded the Mighty Oak based on 3 years of solid improvement both business and personally. Peg and her husband Scott, who runs the Maintenance Division, have created a business environment where they are now able to take more time for themselves and trust their team to continue to lead and grow the company. They have developed client loyalty that has propelled their growth, and built a team that continues to grow their company. The value of their company has steadily increased, catching the attention of their peers from around the country. 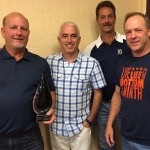 Paul Reder and his two brothers, Dave and Mike (Reder Landscaping, Midland, MI) were awarded the Mighty Oak for their ability to set goals and follow them through, including building a brand new facility that houses their equipment, trucks, employees and a place for their clients to come and visit. It is a jewel. They have been dedicated to empowering their staff and creating an ownership culture with all employees.