HARTFORD, Ct. – Legislation to ban the sale or use of genetically modified lawn seed in Connecticut won state Senate approval this past week even though GMO grass isn’t expected to be available here for at least one to two years, reports the Hartford Courant newspaper.

The bill had the strong support of the Senate’s top Democratic leader, Donald Williams Jr. of Brooklyn. But the legislation now heads to the House, where it faces opposition from that chamber’s top Democrat, House Speaker Brendan Sharkey of Hamden, a fact likely to derail the bill.

Questions about what the House would do with the GMO seed ban didn’t deter its Senate supporters, nor did claims by critics that such a prohibition was premature and unsupported by scientific evidence. The bill passed the Senate on a mostly party-line 25-11 vote, with three Republicans voting in favor.Advocates of the ban warned that use of the herbicide- and pesticide-resistant GMO grass seed would encourage homeowners and businesses to use far more potentially harmful weed-killing chemicals on their lawns.

“One of the great threats to us in this country today is the invasion of pesticides,” said state Sen. Edward Meyer, D-Guilford. He said allowing the use of GMO seeds in this state would result in the use of “huge quantities of pesticides” because homeowners could spread those chemicals all over their lawns without damaging the grass.

Williams said the GMO seeds being developed by Monsanto and Scott’s make the grass resistant to the popular weed-killer Roundup. The primary herbicide in Roundup is glyphosate, which some studies have linked to a variety of pollution and health problems.

State Sen. John A Kissel, R-Enfield, warned that a ban on GMO seed could hurt many of the sod farmers in his region by limiting their access to new technology to improve their farms and sales. Other Republicans protested that the GMO seed ban hadn’t had a formal legislative hearing, reported the newspaper. Click here to read the entire story. 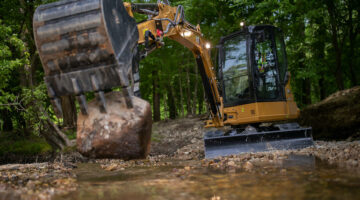