CORONA, Calif. – Corona has announced three executive moves to enhance its ability to serve the requirements of professional landscapers and garden enthusiasts across the country. 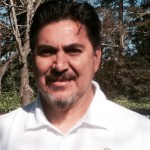 In this new role, Leon will be responsible for growing an extensive network of agricultural customers in major markets across the United States, as well as in select international markets. Prior to this promotion, Leon served 26 years at Corona, where he most recently was a quality assurance manager. In that role, he was involved in ensuring Corona’s high standards were deployed at four manufacturing facilities, as well as its suppliers. 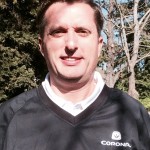 Carbone joins Corona with more than a decade of landscape and irrigation distribution channel experience to a sales position focused on the professional landscape and contractor markets. He began a landscape industry career as an owner and operator of a boutique landscape lighting manufacturer that specialized in all copper and brass outdoor fixtures. That experience led to a position as national sales manager for Halco Lighting Technologies’ specialty channels, which served the landscape, irrigation and pool and spa sectors. He successfully helped position the brand as a leader and innovator in LED replacement lamps for landscape and irrigation distribution markets, which fueled that channel to record growth over a five-year period.

In his new role at Corona, Carbone will oversee the landscape and irrigation, as well as agriculture and OPE channels, including managing of a network of dealers, distributors and independent landscape and irrigation sales representatives. Carbone will work to seamlessly transition sectors Facko handles until he retires and collaborate with Leon on growing the agriculture and OPE channels, as well as being involved in strategic planning for new market expansion and product development. 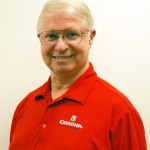 A key member of the Corona sales team since 1990, Facko has built a strong structure that is expected to play a critical role in the continued market penetration and innovative products Corona develops and brings to the professional market. At Corona, Facko has been a part of and helped shape the growth of the commercial landscape industry as it transformed into a full-scale agronomic supply sector.

Facko started as an outside sales territory manager in Southern California, and held sales roles in California and the Western U.S., eventually moving into his current role as sales manager for the professional green markets in the U.S. and Canada.

“As the industry matured from a series of irrigation, fertilizer, chemical and OPE stores, so has Corona grown from an agricultural tool manufacturer into a high quality landscape pruning tool manufacturer with a full line of tool supplies for the commercial landscape, construction and irrigation industry, said Facko. “Today, Corona is the brand leader in most of the professional green market categories that we support.”